Qango were a short-lived progressive rock band, a spin-off from Asia. In 1999, an attempt was made at a partial reunion of the progressive rock supergroup Asia involving John Wetton (bass, vocals), Carl Palmer (drums) and Geoff Downes (keys), with Dave Kilminster to be on guitar. However, Downes withdrew from plans, choosing to stick with John Payne in their Asia line-up. Wetton and Palmer instead formed Qango with Kilminster and John Young on keys (who had briefly replaced Downes in Asia in 1989). The band's live set was based on songs by Asia and Palmer's former band Emerson, Lake & Palmer.

The band did not attract the same commercial interest as an Asia reunion. Two shows were planned for November 1999, but were cancelled as Wetton required a wrist operation. Instead, the band played five UK dates in February 2000 (including a London show on 4 February when Keith Emerson jammed with the band) and six in April 2000. Subsequent touring plans and ideas to record a studio album were abandoned, with Wetton and Palmer soon returning to their solo activities.

Live in the Hood

The band's second show (3 February 2000) was recorded for a live release, Live in the Hood, [1] the band's only official output with one track "The Last One Home" being their only original.

Tracks on Live in the Hood 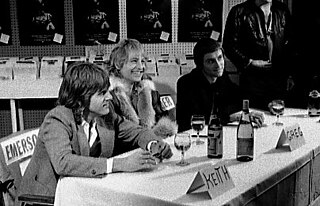 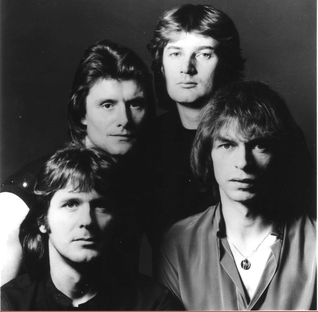 Asia are an English rock supergroup formed in London in 1981. The most commercially successful line-up was its original, which consisted of four members of different progressive rock bands of the 1970s: lead vocalist and bassist John Wetton of King Crimson and U.K., guitarist Steve Howe of Yes, keyboardist Geoff Downes of Yes and the Buggles, and drummer Carl Palmer of Emerson, Lake & Palmer. Their debut album, Asia, released in 1982, remains their best selling album and went to number one in several countries. The lead single from the album, "Heat of the Moment", remains their top charting and best-known song, reaching the top 40 in over a dozen markets and peaking in the U.S. at #4 on the Billboard Hot 100 and #1 on the Billboard Mainstream Rock chart. 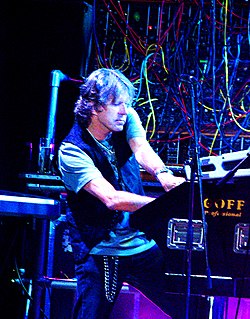 Works Volume 1 is the fifth studio album by English progressive rock band Emerson, Lake & Palmer, released as a double album on 25 March 1977 on Atlantic Records. Following their world tour supporting Brain Salad Surgery (1973), the group took an extended break before they reconvened in 1976 to record a new album. They were now tax exiles and recorded new material in London and overseas in Montreux, Switzerland and Paris, France. Works Volume 1 features a side dedicated for each member to write and arrange their own tracks that were performed by the band, while the fourth side features songs written collectively. Keith Emerson recorded his Piano Concerto No. 1, Greg Lake wrote several songs with lyricist Peter Sinfield, and Carl Palmer recorded tracks of varied musical styles. 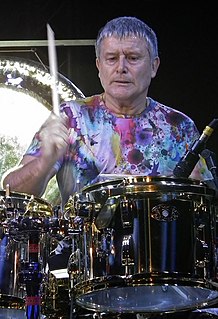 Carl Frederick Kendall Palmer is an English drummer and percussionist, credited as one of the most respected rock drummers to emerge from the 1960s. He is a veteran of a number of famous English bands: the Crazy World of Arthur Brown, Atomic Rooster, Emerson, Lake & Palmer, and Asia. Inducted into the Modern Drummer Hall of Fame in 1989, he was awarded "Prog God" at the 2017 Progressive Music Awards.

John Kenneth Wetton was an English singer, bassist, guitarist, and songwriter. He was born in Willington, Derbyshire, and grew up in Bournemouth, Dorset. Between 1972- 1982, he rose to fame fronting the bands King Crimson, U.K. and Asia. Notable work as a bass guitarist and backing vocalist included brief stints with Family, Roxy Music, Uriah Heep and Wishbone Ash. 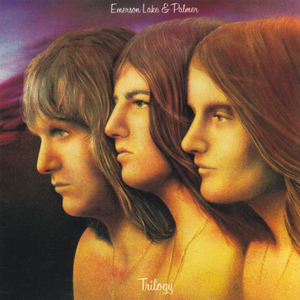 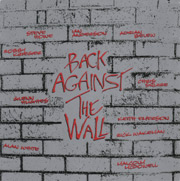 The Return of the Manticore is a 4-disc retrospective on the career of the band Emerson, Lake & Palmer. It was released in 1993, and features several new recordings of previously released songs, most notably a studio recording of "Pictures at an Exhibition," presented in Dolby Surround Sound. Also, a live recording of Dave Brubeck's "Rondo" features on disc 2; the track, although performed by ELP in concert from the band's inception, was previously unreleased on any live or studio album by ELP.

Then and Now is a live album by British progressive rock band Emerson, Lake & Palmer, released in 1998. 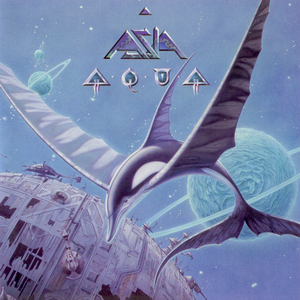 Aqua is the fourth studio album by British rock band Asia, released in 1992. It was the first album with longtime vocalist and bassist John Payne.

David Kilminster is a British guitarist, vocalist, songwriter, producer and music teacher, who has toured as a sideman to several prestigious musicians, including progressive rock artists Steven Wilson and Roger Waters. 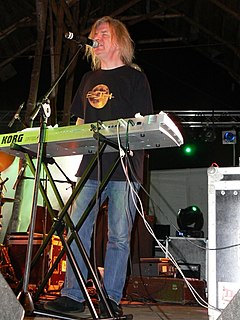 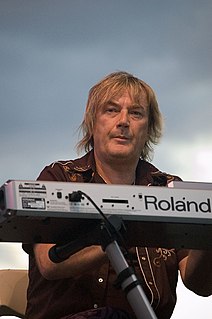 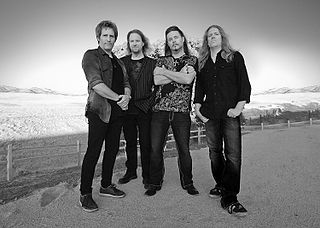 Vivacitas is a live album recorded by the Nice, who reformed for a set of concerts, augmented by the Keith Emerson Band for the second half of the concert. David O'List, The Nice's original guitarist, did not take part, and was replaced by Dave Kilminster. The album consists of versions of pieces which had been live favourites during the Nice's heyday between 1967 and 1970, three piano solo pieces by Emerson, some pieces from the Emerson, Lake & Palmer repertoire performed by the Keith Emerson Band, and a 2001 interview with Emerson, Lee Jackson and Brian Davison by Chris Welch. 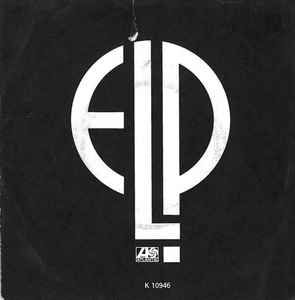 "Fanfare for the Common Man" is a song by the English progressive rock band Emerson, Lake & Palmer, from the group's 1977 Works Volume I album. Adapted by Keith Emerson from Aaron Copland's 1942 piece of the same name, it is one of their most popular and enduring pieces.