Quill & Quire, a Canadian magazine about the book and publishing industry, was launched in 1935 and has an average circulation of 5,000 copies per issue, with a publisher-claimed readership of 25,000. Quill & Quire reviews books and magazines and provides a forum for discussion of trends in the publishing industry. The publication is considered a significant source of short reviews for new Canadian books. [2]

Started in 1935 by Wallace Seccombe's Current Publications, Quill & Quire's original editorial focus was on office supplies and stationery, with books taking on increasing importance only as Canada's fledgling indigenous book publishing industry began to grow and flourish. In 1971, Michael de Pencier purchased the magazine from Southam (who had bought it from Seccombe and owned it for just six months). Quill & Quire remained with de Pencier as part of the Key Publishers/Key Media stable for 30 years, until its sale in 2003 (as part of a larger transaction involving Key Media) to St. Josephs Corporation, a Canadian-owned and -controlled printing and media company based in Concord, Ontario, which also publishes Toronto Life .

Michael Christian de Pencier, is an entrepreneur, environmental investor, and publisher. He is the grandson of Archbishop Adam de Pencier and brother-in-law of Richard A. N. Bonnycastle.

Toronto Life is a monthly magazine about entertainment, politics and life in Toronto, Ontario, Canada. Toronto Life also publishes a number of annual special interest guides about the city, including Real Estate, Stylebook, Eating & Drinking, City Home and Neighbourhoods. Established in 1966, it has been owned by St. Joseph Media since 2002. Toronto Life has a circulation of 87,929 and readership of 890,000. The magazine is a major winner of the Canadian National Magazine Awards, leading current publications with 110 gold awards including 3 awards for Magazine of the Year in 1985, 1989, and 2007. It is also known for publishing an annual 50 most influential people in Toronto list.

Quill & Quire was substantially redesigned in 2006 in an effort led by publisher Alison Jones, editor Derek Weiler and art director Gary Campbell. One of the chief aims of the redesign was to demonstrate to the book and magazine industries the viability of printing on 100% recycled, environmentally-friendly paper stock. (It was one of the first magazines in Canada to do so.) As part of the process, the magazine's trim size was reduced for the first time in 30 years, from a large tabloid newspaper size (11" x 14") to that of a standard magazine. This also marked the first time the magazine was printed entirely in colour. The debut redesign issue (January 2006) featured author and artist Douglas Coupland on the cover. [3]

As part of this visual re-think, Campbell commissioned Canadian typographer Rod McDonald to draw a new logo and provide two custom typefaces, named Laurentian and Slate, in order to create a fresh and unique visual identity for the publication. [4] The redesign was later shortlisted for an art direction prize at the Kenneth R. Wilson Awards. Campbell acted as art director for both the print magazine and web site for five years. Athena St. Jacques was hired to take over art direction for the print publication in 2008 when Campbell shifted his focus exclusively toward the web site, which he continued to direct until 2012. [5] Other notable former staff include Ted Mumford, Kenneth Oppel, Bert Archer, James Grainger, and Nathan Whitlock. 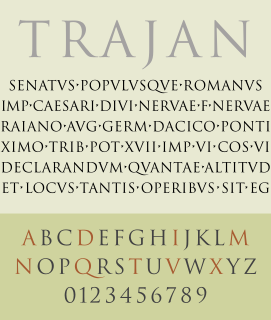 Typography is the art and technique of arranging type to make written language legible, readable, and appealing when displayed. The arrangement of type involves selecting typefaces, point sizes, line lengths, line-spacing (leading), and letter-spacing (tracking), and adjusting the space between pairs of letters (kerning). The term typography is also applied to the style, arrangement, and appearance of the letters, numbers, and symbols created by the process. Type design is a closely related craft, sometimes considered part of typography; most typographers do not design typefaces, and some type designers do not consider themselves typographers. Typography also may be used as a decorative device, unrelated to communication of information.

Editor-in-chief Derek Weiler died unexpectedly on April 12, 2009, at age 40, as the result of a chronic heart condition. [6]

The first Quill & Quire web site was launched in early 2004 as a membership-based online companion to the magazine. Spearheading the project were editor Scott Anderson, art director Gary Campbell, former Shift magazine web designer Steve Park, and developer Jakub Labath. The site replaced a twice-weekly PDF email newsletter, and was one of only a few Canadian magazine web sites to successfully implement a Paywall. As of March 2014, ten years on, this paywall is still in place. [8] At launch, the site also included an archive of Canadian book reviews dating back to 1996.

In January 2007, the staff began blogging daily in a new site feature outside of the paywall called Quillblog.

In 2010, the website was extensively redesigned by Michelle Darwin and Gary Campbell. Subsequently, the site was shortlisted for best digital design, best news coverage and website of the year at the Canadian Online Publishing Awards that year. [9]

Site-wide social media and a global commenting platform were added in September 2011. That year the site won two awards at the COPAs: gold for best news coverage and silver for website of the year. [10] 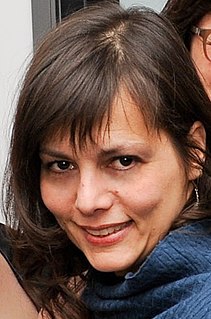 The Literary Review of Canada is a Canadian print magazine that publishes ten times a year. The magazine publishes essays and reviews of books on political, cultural and social topics, as well as Canadian poetry. In January 2008 the LRC started publishing reviews and essays online. 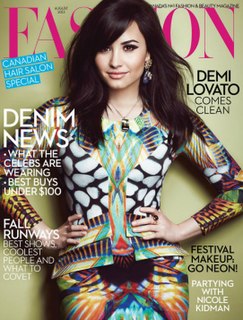 Fashion is a Canadian fashion magazine published by St. Joseph Media. Established in 1977, it is currently based in Toronto, publishes 10 issues a year and has a total readership of 1.85 million.

Jason Logan is an illustrator, writer, graphic designer, and art director based in Toronto, Ontario, Canada. His illustrations have appeared in numerous publications including The New York Times, The Walrus, and The Globe and Mail. His first book, If We Ever Break Up, This Is My Book has been translated into seven languages. Logan has also created hand-lettering and designed book covers for Coach House Books and HarperCollins.

Matthew Fox is a Canadian author and magazine editor, known for his expertise in online publishing and social media.

Emily M. Keeler is a Canadian writer and editor.

Alan Twigg, CM is a Canadian writer, publisher, and biographer. He publishes BC Bookworld, a trade newspaper for the British Columbia book publishing industry, and ABCBookWorld, an online encyclopedia of British Columbia authors. He is a member of the Order of Canada, and recipient of the Lieutenant Governor's Award for Literary Excellence in 2016.