Re-Invention is the second album of the reggae punk band Too Rude, released on 26 October 2004. This album follows the debut self-titled album Too Rude , released on 4 April 2000. 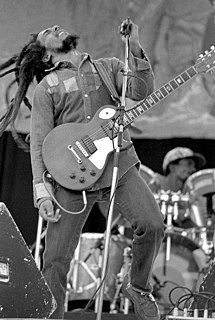 Reggae is a music genre that originated in Jamaica in the late 1960s. The term also denotes the modern popular music of Jamaica and its diaspora. A 1968 single by Toots and the Maytals, "Do the Reggay" was the first popular song to use the word "reggae", effectively naming the genre and introducing it to a global audience. While sometimes used in a broad sense to refer to most types of popular Jamaican dance music, the term reggae more properly denotes a particular music style that was strongly influenced by traditional mento as well as American jazz and rhythm and blues, especially the New Orleans R&B practiced by Fats Domino and Allen Toussaint, and evolved out of the earlier genres ska and rocksteady. Reggae usually relates news, social gossip, and political comment. Reggae spread into a commercialized jazz field, being known first as ‘Rudie Blues’, then ‘Ska’, later ‘Blue Beat’, and ‘Rock Steady’. It is instantly recognizable from the counterpoint between the bass and drum downbeat, and the offbeat rhythm section. The immediate origins of reggae were in ska and rocksteady; from the latter, reggae took over the use of the bass as a percussion instrument. 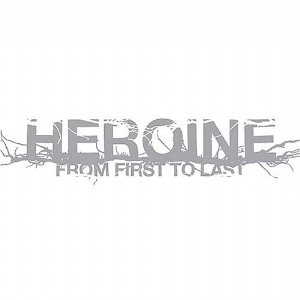 Heroine is the second studio album by American post-hardcore band From First to Last. It was released on March 21, 2006 through Epitaph Records. It peaked at number 25 on the Billboard 200, selling more than 33,000 copies within its first week. It is the band's highest-selling album, and has sold more than 232,000 copies as of April 2008. The album has spawned two singles: "The Latest Plague" and "Shame Shame". A B-side, "Save Us", has since been released via the band's official Myspace.

Skweee is a musical style, with origin in Sweden and Finland. Skweee combines simple synth/chiptune leads and basslines with funk, R&B or soul-like rhythms, overall rendering a stripped-down funky sound. The tracks are predominantly instrumental, though there are exceptions. The name Skweee was coined by Daniel Savio, one of the originators of the emerging sound. The name refers to the use of analog synthesizers in the production process, where the aim is to "squeeze out" the most interesting sounds possible. 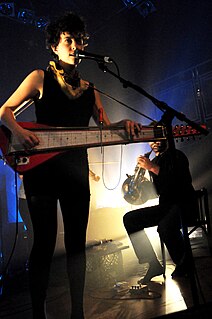 The Luyas are a Canadian indie rock band formed in 2006 from Montreal, Quebec, Canada. 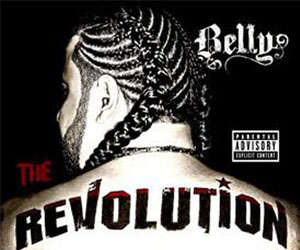 The Revolution is the debut studio album by Canadian rapper, Belly which was released on June 5, 2007 in Canada on Capital Prophets Records Inc.. The album became a commercial success a month after its release, when it was certified gold by the CRIA for shipping over 50,000 copies. The lead single "Pressure" won Best MuchVibe video at the 2007 MuchMusic Video Awards and also peaked at #10 on the Canadian Singles Chart. Also the album won the Rap Recording of the Year at the 2008 Juno Awards. All videos for the singles received heavy rotation on Much Music. In April 2008 for the 2008 MuchMusic Video Awards, "Ridin'" was nominated for 4 MMVAs and won 1 of them for best rap video. "I'm the Man" was also nominated for 1 MMVA making Belly the only artist that year to be nominated in 5 categories.

Satellite Wonderland the fourth studio EP by Australian band Horsell Common. It was originally released on 25 September 2006 and was re-released in 2010 on the compilation album For Laughter, For Drama, which also featured Horsell Common's other EPs, The Birds and the Bees, and various unreleased demos and B-sides.

Intervals is the second and final studio album by See You Next Tuesday. It was set to be released on October 14, but was pushed back to October 21, 2008 by Ferret.

New 80s Musik is the debut album of British singer Jack Lucien. It did not chart in the United Kingdom and briefly appeared on the charts in France and Spain.

Sex, Money & Music is the seventh studio album by American hip hop group Above the Law. It was released on February 27, 2009 as a digital download, on the Beatology label. The record featured guest appearances from Kokane, Heather Hunter, Mannish Flats, Hazmad and Alan McNeil. 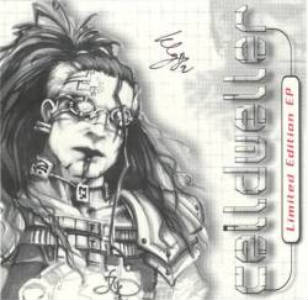 Celldweller is the self-titled debut extended play (EP) by the electronic rock project Celldweller. Only 250 copies were made and sold out quickly. The first three tracks are credited to Celldweller and were re-recorded for the debut full-length album that was released four years later; the fourth and fifth tracks were credited simply to Klayton and later appeared on The Beta Cessions Vol. 1.

Salarian Gate is the second studio album by death metal band Graves of Valor. It was released on May 26, 2009 through Relapse Records

Fact is the second full-length album by Japanese post-hardcore band FACT, and their first on a major label. It is also their first worldwide release. The only single from the album was "A Fact of Life", for which a music video was made. On the Japanese version of the album, the track "A Fact of Life " does not appear.

A Who's Who Road Of Living is the first EP by the now-defunct Australian alternative rock band Horsell Common. The EP was released during September, 2003, and its style consists mainly of hardcore punk with random melodic moments, traces of alternative rock and even, in "Take A Breath", a tribute to hip-hop. 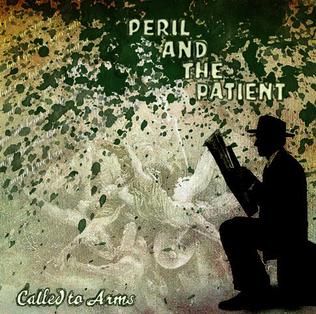 Peril and the Patient is the third album by the progressive metal group Called to Arms and was released digitally through Tragic Hero Records on August 10, 2010. The ninth track off the album, entitled "Ashamed, Awake" was streamed at IndieVisionMusic for the week of May 23 as well as a five-minute teaser clip from the album.

Live at Eddie's Attic is the first release from The Civil Wars, featuring Joy Williams and John Paul White. The album was recorded live at Eddie's Attic in Decatur, Georgia on April 8, 2009. It was released on their website through NoiseTrade as a free download on June 30, 2009. The album has been downloaded over 500,000 times to date. On April 19, 2014, the album was re-released in a limited edition vinyl pressing in celebration of Record Store Day.

La strada is the debut and only album by the Serbian alternative rock La Strada, released by M Produkcija Radio Novog Sada in 1987. Despite being released in LP format in 500 copies only and never rereleased on CD, the album is considered a highly influential release on the former Yugoslav scene.

Inja is a rock band from Luleå, Sweden formed in 2003.