Rich Koz (born March 12, 1952) [1] is an American actor and broadcaster best known as horror-movie host Svengoolie and his early '90s children's cartoon showcase The Koz Zone. Out of costume, he is also the host of the syndicated The Three Stooges Stooge-a-Palooza program.

Koz got his start in broadcasting at WMTH-FM, the high school radio station at Maine East in Park Ridge, Illinois. While Koz was at Northwestern University, he sent the original Svengoolie, Jerry G. Bishop, material for the horror-movie program. Bishop subsequently invited Koz to join the show's staff. When the show was cancelled in 1973, Bishop and Koz worked together doing mornings on WMAQ radio in Chicago, and Koz worked with radio legend Dick Orkin on commercials and syndicated features, including "ChickenMan Returns for the Last Time Again." When Bishop left for San Diego in 1978, he gave Koz permission to create a show known as Son of Svengoolie, now simply known as Svengoolie . [2] (The character is often known simply as "Sven.")

In June 1979, on WFLD-TV Ch. 32, Koz began as Son of Svengoolie, winning numerous local Emmy awards [ citation needed ], and having his show syndicated to Philadelphia, Detroit, Boston, and San Francisco for a brief period. In 1986, after the station was acquired by the News Corporation, WFLD canceled Svengoolie, believing the show not dignified for a network affiliate. Koz did some freelance radio, including stints as a fill-in at WGN radio.

From 1989 to 1993, Koz returned to WFLD (now "Fox 32") to host a new hosted movie show where he appeared to be "breaking in" to the Fox signal (a take-off of an actual event where WGN and WTTW had their signals pirated). The show was originally untitled, but viewers were asked to address letters to "Lose Weight by Selling Real Estate, No Money Down" until the show adopted the name The Koz Zone. The show featured cartoons presented by Koz, interspersed by sketch comedy bits. This show won Koz his next local Emmy, and later became the daily Koz Zone for Kids. Koz also did mornings on WCKG radio for a brief period, co-hosted live 4 July and New Year's Eve programming, and became weekend and fill-in weather anchor for Fox 32 News.

In 1995, Koz came back on the air as part of the launch team for newly independent station WCIU-TV, Channel 26. He became Svengoolie (after Jerry G. Bishop -- the original Svengoolie from 1970 to 1973 -- told him he could drop the "Son of" because he was "all grown up now") and resumed weekly horror movie shows, along with numerous other duties. Koz is now well known and well regarded in the Chicago area, having won numerous regional Emmy awards and having been admitted to the NATAS/Emmy "Silver Circle" for "outstanding contributions to Chicago television." Beginning in 2011, Koz began to be seen nationwide when his Svengoolie show became a regular Saturday night staple on the MeTV classic TV network.

In his Son of Svengoolie persona, Rich Koz is also known for the early '80s 3-D broadcast of Revenge of the Creature (the sequel to Creature from the Black Lagoon ) that resulted in a civil action lawsuit by people who felt they didn't get enough 3-D for the 89 cents they spent for the cardboard glasses. 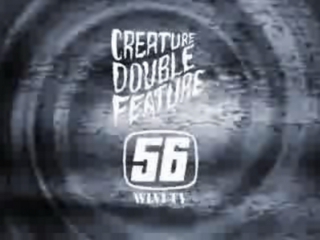 Creature Double Feature was a syndicated horror show, broadcast in the Boston and Philadelphia area during the 1960s, 1970s and 1980s. It sometimes also aired under names like Sci-Fi Flix and Creature Feature. The show aired classic monster movies, with the name "Creature Double Feature" based on its airing two movies during its three-hour time slot. The movies broadcast were taken from the classic Universal Horror movies of the 1930s to 1950s, the Hammer Studios and American International Pictures films of the 1950s, Roger Corman's horror films of the 1960s, and Toho Studio's "giant monster" movies of the 1950s, 1960s, and 1970s.

WFLD, virtual channel 32, is a Fox owned-and-operated television station licensed to Chicago, Illinois, United States. The station is owned by the Fox Television Stations subsidiary of Fox Corporation, as part of a duopoly with Gary, Indiana-licensed MyNetworkTV owned-and-operated station WPWR-TV. The two stations share studios at Michigan Plaza on North Michigan Avenue in the Chicago Loop, and transmitter facilities atop the Willis Tower on South Wacker Drive in the Loop business district. On cable, WFLD can be seen on Comcast Xfinity channel 12 in most parts of the Chicago area.

WCIU-TV, virtual channel 26, is a CW-affiliated television station licensed to Chicago, Illinois, United States. It serves as the flagship television property of locally based Weigel Broadcasting, and is sister to independent outlet WMEU-CD and MeTV flagship WWME-CD, both fellow Weigel properties that are simulcast on WCIU's respective second and third digital subchannels. The three stations share studios on Halsted Street in the Greektown neighborhood; WCIU's transmitter is located atop the Willis Tower on South Wacker Drive in the Chicago Loop.

WPWR-TV, virtual channel 50, is a MyNetworkTV owned-and-operated television station serving Chicago, Illinois, United States that is licensed to Gary, Indiana. It is one of two commercial television stations in Chicago that are licensed on the Indiana side of the market. WPWR-TV is owned by the Fox Television Stations subsidiary of Fox Corporation, as part of a duopoly with Chicago-licensed Fox owned-and-operated station WFLD. The two stations share studios at Michigan Plaza on North Michigan Avenue in the Chicago Loop, and transmitter facilities atop the Willis Tower on South Wacker Drive in the Loop business district. There is no separate website for WPWR-TV; instead, it is integrated with that of sister station WFLD. 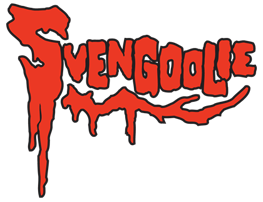 Svengoolie is an American hosted horror movie television program. The show features horror and science fiction films and is hosted by the eponymous character Svengoolie, who was originally played by Jerry G. Bishop from 1970 to 1973, before Rich Koz, succeeded him in the role from 1979 on. Before and after commercial breaks, Svengoolie presents sketches, tells jokes, and performs song parody spoofs related to the films being aired. The show is a long-running local program in the Chicago area and in recent years expanded nationally, airing Saturday nights on MeTV.

Walter David Jacobson is a former Chicago television news personality and a current Chicago radio news personality. He currently provides opinion segments for WGN Radio AM 720. From 2010 until 2013, he was an anchor of the 6 p.m. news on WBBM-TV in Chicago, where he also had worked from 1973 until 1993. From 1993 until 2006, he was principal anchor on WFLD-TV's FOX News at 9 and the host of FOX Chicago Perspective, a one-hour news and political show that aired Sunday mornings on WFLD.

Robert "Bob" Sirott is an American broadcaster. He is the morning host at WGN-AM in Chicago. He is also a former television news anchor, most recently working in that role at Chicago's WFLD.

Ronald D. Sweed was an American entertainer and author, known for his late-night television horror host character "The Ghoul".

The WGN Morning News is an American morning television news program airing on WGN-TV, an independent television station and national superstation in Chicago, Illinois owned by Nexstar Media Group. The program broadcasts each weekday morning from 4:00 to 10:00 a.m. and each weekend morning from 7:00 a.m. to 9:00 a.m. Central Time.

The BJ and Dirty Dragon Show is a Chicago children's television program that aired on WFLD and later WGN-TV from 1968 to 1974. It starred Bill Jackson and his puppets.

MeTV is an American broadcast television network that is owned by Weigel Broadcasting. Marketed as "The Definitive Destination for Classic TV", the network airs a variety of classic television programs from the 1950s through the early 1990s, which are obtained primarily from the libraries of CBS Television Distribution and 20th Television. Through its ownership by Weigel, MeTV is sister to four other networks that source their programming content from the network's distributors: rerun-focused networks Heroes & Icons and Decades, the film-focused Movies! and the drama-focused Start TV. 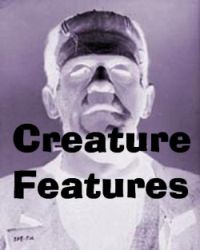 Ted Okuda is an American non-fiction author and film historian. He has many books and magazine features to his credit, under his own name and in collaboration with others.

Bruce Wolf is a veteran Chicago broadcaster and sports anchor who has been on both TV and radio for more than 20 years. He formerly hosted a politics-themed talk show weekday mornings on WLS (AM) radio in Chicago. He also fills in as a sportscaster on WMAQ-TV in Chicago and works part-time as a divorce attorney.

Harry Volkman was an American meteorologist and the first weatherman to issue a televised tornado warning.

Jerry G. Bishop was a radio and television personality who is known for being Chicago's original "Svengoolie", and for his award-winning twelve-year stint on "Sun-Up San Diego."

Chris Boden is an American sports reporter, who is now the Radio Studio Host for the Chicago Blackhawks.