Robert Scott is a New Zealand musician. He is a part of indie rock bands The Clean and The Bats, playing bass for The Clean, and guitar/vocals for The Bats, and writing songs for both. [1] Other bands with which he has been involved include The Magick Heads, Electric Blood, Gina Rocco & the Rockettes, [1] and Greg Franco & The Wandering Bear. [2] Scott has also released several solo albums in several genres, including alternative rock, experimental instrumentals, and traditional folk music.

Scott has also drawn or painted the cover art for many Flying Nun album sleeves. [1] As of 2014, he had a day job as a teacher aide at Port Chalmers School at Port Chalmers. [3]

His first solo album, The Creeping Unknown, was released in 2000 on Flying Nun Records. [4] His album Ends Run Together was released on 20 September 2010. [5]

Scott is also the father of Superorganism vocalist, B.

The Dunedin Sound was a style of indie pop music created in the southern New Zealand university city of Dunedin in the early 1980s.

Toy Love was a New Zealand new wave/punk rock band that originated in Dunedin and was active from 1978 to 1980. Members included Chris Knox, Alec Bathgate and Paul Kean.

Rock music in New Zealand, also known as Kiwi rock music and New Zealand rock music, began in 1955 with Johnny Cooper's cover version of Bill Haley's hit song "Rock Around the Clock". This was followed by Johnny Devlin, New Zealand’s Elvis Presley, and his cover of "Lawdy Miss Clawdy". The 1960s saw Max Merritt and the Meteors and Ray Columbus & the Invaders achieve success. In the 1970s and early 1980s the innovative Split Enz had success internationally as well as nationally, with member Neil Finn later continuing with Crowded House. Other influential bands in the 1970s were Th' Dudes, Dragon and Hello Sailor. The early 1980s saw the development of the indie rock "Dunedin sound", typified by Dunedin bands such as The Clean, Straitjacket Fits and The Chills, recorded by the Flying Nun record label of Christchurch. New Zealand's foremost hard rock band Shihad started their long career in 1988. 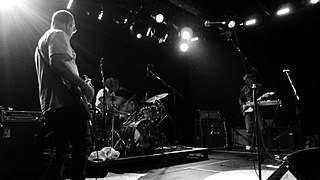 The Clean are an indie rock band that formed in Dunedin, New Zealand in 1978, and have been described as the most influential band to come from the Flying Nun label, whose repertoire included many major components of the "Dunedin sound". Led through a number of early rotating line-ups by brothers Hamish and David Kilgour, the band settled on their well-known and current line-up with bassist Robert Scott. The band name comes from a character from the movie Free Ride called Mr. Clean.

Alastair Galbraith is a musician and sound artist from Dunedin, New Zealand. 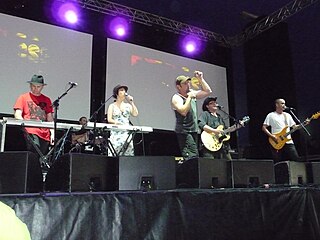 Arch Hill Recordings, formerly Arch Hill Studios, is a New Zealand recording studio and record label in Auckland. It was founded in 1998.

Julian Temple Band is an alternative rock band from Dunedin, New Zealand, fronted by Californian/New Zealand singer-songwriter Julian Temple. They formed in February, 2004 as a surf-rock inspired project after post-graduate work at the University of Otago. The band has independently recorded and released six albums; In Sea (2006), Quiet Earth (2009), Balance Escapes (2010), Upsidedownbackwards (2012), Ceiling in the Sky (2015), and Antarctica (2018).

Peter Gutteridge was a musician from Dunedin, New Zealand, credited with pioneering the "Dunedin sound" with The Clean and The Chills. 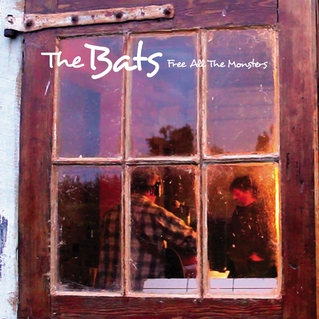