Rodney Sharman (born 24 May 1958) is a Canadian composer and flutist based in Vancouver. His music has been performed in over 30 countries worldwide. He has won several international and national awards, including First Prize in the 1984 CBC Competition for Young Composers. His chamber opera, Elsewhereless, a collaboration with Atom Egoyan, premiered in 1998 and has been staged 35 times internationally. [1]

In 1990, Sharman was awarded the Kranichsteiner Music Prize at the Darmstadt summer courses in Germany. [2]

Sharman's music is notable for its heavy use of extended techniques and exploration of new timbres. He often writes for uncommon instruments or unusual ensembles. He is also known for his opera transcriptions, cabaret songs, and music for harp. 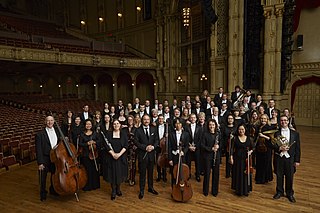 Kevin Matthew Puts is an American composer, best known for winning a Pulitzer Prize in 2012 for his first opera.

Michael Oesterle is a German-born Canadian composer currently living in Deux-Montagnes, Quebec, Canada. His compositions have been performed by classical ensembles throughout Canada and internationally.

John Oliver is a Canadian composer, guitarist, and conductor. An associate of the Canadian Music Centre and a member of the Canadian Electroacoustic Community, his music has been performed throughout North America, Europe, and China. In a 1989 article in The Music Scene, Oliver stated that he intended his music "to make sense without falling back on traditional models".

Paul Steenhuisen is a Canadian composer working with a broad range of acoustic and digital media. His concert music consists of orchestral, chamber, solo, and vocal music, and often includes live electronics and soundfiles. He creates electroacoustic, radio, and installation pieces. Steenhuisen’s music is regularly performed and broadcast in Europe, Asia, Australia, and North America. He contributes all audio content and programming to the Hyposurface installation project, based in Cambridge, Massachusetts.

Christopher Mayo is a Canadian composer of contemporary classical music.

Matthew Ricketts is a Canadian composer of contemporary classical music. He is a 2019 Guggenheim Fellow as well as the recipient of the 2020 Charles Ives Fellowship from the American Academy of Arts and Letters, the 2016 Jacob Druckman Prize from the Aspen Music Festival, the 2015 Salvatore Martirano Memorial Composition Award, a 2013 ASCAP Foundation Morton Gould Young Composer Award, and eight prizes in the SOCAN Foundation's Awards for Young Composers. He lives in Brooklyn, New York.

Farangis Nurulla-Khoja is a Tajik-Canadian composer, who explores timbre within her contemporary compositions of symphonic, chamber, vocal, and electro-acoustic music. Among her many honors is a Guggenheim Fellowship Award in Composition in 2018. 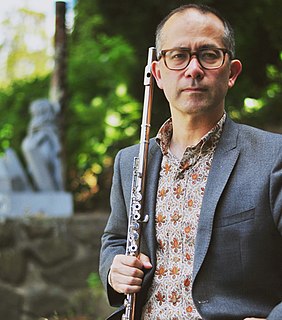