He attended St Leonards College for some of his schooling, where he met Hamish Blake. He started his media career in Melbourne's community access media scene, hosting and producing shows for RMIT University's student television company RMITV, for Channel 31, and its campus radio station SYN. Shelton plays mixed netball.

With Hamish Blake and Andy Lee, he wrote and co-starred in Hamish & Andy (2004) and Real Stories (2006). He was also a co-writer of Chris Lilley's award-winning We Can Be Heroes: Finding The Australian of the Year (2005). [1] In 2007, he became a regular cast member on television programme Rove . His signature segment in 2007 was called Rydeas (pronounced "rye-deers" a portmanteau of "Ryan" & "ideas"). In 2008 he started a new segment called Investigationing (a neologism) and in 2009 introduced a segment called "Philosophisationing".

Shelton has also appeared on the improvisational comedy Thank God You're Here produced by the award-winning Working Dog Productions.

He has also appeared on Hamish and Andy's Gap Year and has his own segment "100 second New York lesson'd". He appeared from the second episode onwards. Shelton also appeared briefly on TwentySomething.

In 2017, Shelton co-produced True Story with Hamish & Andy . He starred in the fourth episode, playing the part of storyteller Emidio, a teacher in his first year of the job. [2]

He was an occasional co-host on the radio show Get This . He also appeared on Red Hot Go, a late night radio show on FOX FM in Melbourne on Monday nights. In December 2007, Shelton presented the Summer Fling breakfast show across the Austereo Today Network with Jules Lund and Tamsyn Lewis. In February 2008, he joined Nova FM to present a Saturday morning breakfast program Ryan & Monty with Katie Dimond ('Monty'). It aired from 10 am to 12 pm. From January 2009 to 2010 he hosted the Nova FM drive time slot on Ryan, Monty & Wippa between 4-6pm weekdays with Katie Dimond (aka Monty) and Michael "Wippa" Wipfli. [3] Lachy Hulme is doing many of the voiceovers for the show.

In 2011, Shelton released a series of one-minute episodes for a podcast called For One Minute Only, in which he sardonically and ironically lays waste to the rumour that he would not be releasing a series of weekly podcasts. In addition to this tongue-in-cheek and short-lived podcast, Shelton has made guest appearances on several other podcasts, including The Hamish & Andy Show , Little Dum Dum Club, Josh Speaking, and The Binge Podcast. He co-hosts The Imperfects podcast as part of The Resilience Project with Hugh van Cuylenburg.

Nova 96.9 is a commercial radio station operating in Sydney, Australia.

Merrick and Rosso were an Australian comedy duo, composed of Merrick Watts (Merrick) and Tim Ross (Rosso). The duo began in stand up comedy, and first came together when they teamed up for what was intended to be a one-off comedy show in 1996. They are best known for their syndicated radio programs, TV shows, stand up comedy tours, comedy DVDs and books. 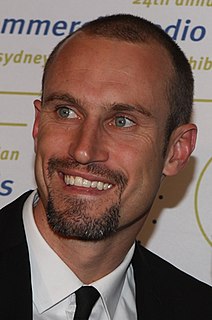 Ryan James Fitzgerald is an Australian radio personality, television presenter, comedian and former Australian rules footballer. After being drafted from the South Adelaide Football Club, he made his Australian Football League debut for Sydney in 2000, before being traded to Adelaide, where he played eight games in 2002. Fitzgerald later appeared in Big Brother Australia 2004, beginning a wider media career in television on Channel 10's Saturday night AFL show Before The Game. 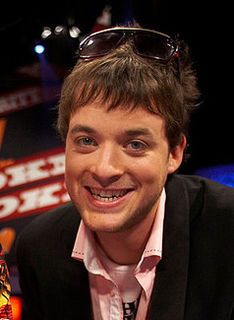 Jules Lund is an Australian television presenter from Melbourne and founder of TR|BE.

Real Stories is an Australian satirical television comedy series produced by Carlton Television for Network Ten. It was created by Hamish Blake and Andy Lee. The series was first broadcast on 22 August 2006.

Meshel Laurie is an Australian podcaster and author living in Melbourne. 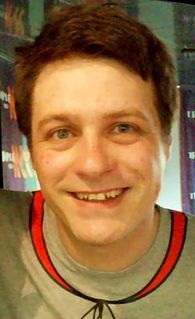 The Hamish & Andy Show is an ongoing podcast and former Australian radio show created by and starring comedic duo Hamish Blake and Andy Lee. It began on Fox FM in 2006, and by 2007 it was broadcast on the Hit Network to every state in Australia, as well as the ACT, for two hours in the key weekday afternoon drive time slot until the end of 2010. It since took on a variety of timeslots and formats. It was also broadcast in New Zealand and Dubai as a weekly highlights package. In late 2009, a 3-hour special entitled "Hamish and Andy's Midwinter Warmer" was broadcast in the United Kingdom on BBC6 Music.

Fitzy and Wippa is an Australian breakfast radio show on Nova 96.9 in Sydney, Australia. It is hosted by comedians Ryan "Fitzy" Fitzgerald, Michael "Wippa" Wipfli with Sarah McGilvray.

Samuel Pang is an Australian comedian, radio and television presenter, writer and producer of Chinese heritage. Pang co-hosts Chrissie, Sam & Browny on Nova 100 with Chrissie Swan and Jonathan Brown and co-hosts The Front Bar with Mick Molloy and Andy Maher and is also a recurring panelist on Network 10's Have You Been Paying Attention? with Ed Kavalee.

3PM Pick-Up is an Australian drive radio show with Katie 'Monty' Dimond, Kate Langbroek and Yumi Stynes. It is broadcast on the KIIS Network from 3pm to 4pm on weekdays. Daily podcasts are available for download from the show's website.

Ash, Kip & Luttsy with Susie O'Neill is an Australian Breakfast radio show made up of Ashley Bradnam, Kip Wightman, David "Luttsy" Lutteral and Susie O'Neill. It is broadcast on Nova 106.9 Brisbane from 6am to 9am on weekdays. They are the #1 Breakfast radio program in Brisbane, having won all seven radio surveys so far in 2019.

Michael "Wippa" Wipfli is an Australian radio presenter and comedian living in Sydney who is on the Nova 96.9 breakfast show Fitzy and Wippa with Ryan Fitzgerald. 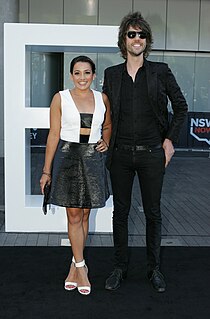