The Senate Scholz II (Senat Scholz II) was the government of the German city-state of Hamburg from 15 April 2015 to 28 March 2018 following Senate Scholz I. The Cabinet was, for the second time, headed by First Mayor Olaf Scholz and was formed by the Social Democratic Party, who lost their overall majority in the last state-elections, along with Alliance 90/The Greens. On 15 April 2015 Scholz was elected and sworn in as Mayor by the state assembly. Afterwards he appointed the Senators and had them confirmed by the assembly.

Cabinet members hold the office of Senators and heads of their respective agency, except denoted otherwise.

Katharina Fegebank became acting head of the government on 13 March 2018, after Olaf Scholz retired. [1] Scholz was succeeded by Peter Tschentscher on 28 March 2018, who formed the new state government. 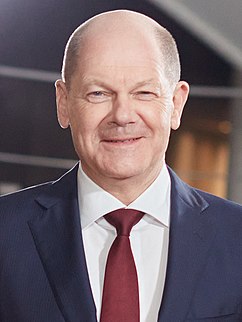 Olaf Scholz is a German politician who has served as the chancellor of Germany since 8 December 2021. A member of the Social Democratic Party (SPD), he previously served as Vice Chancellor under Angela Merkel and as Federal Minister of Finance from 2018 to 2021. He was also First Mayor of Hamburg from 2011 to 2018 and deputy leader of the SPD from 2009 to 2019. 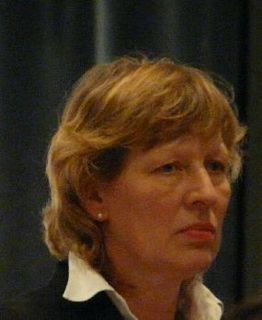 Dorothee Stapelfeldt is a German politician of the Social Democratic Party of Germany (SPD) and Senator for Urban Development and Environment in the Government of Hamburg.

The 2011 Hamburg state election was held on 20 February 2011 to elect the members of the 20th Hamburg Parliament. The election was triggered by the collapse of the coalition government between the Christian Democratic Union (CDU) and the Green Alternative List (GAL), which had governed the state since 2008. The election was a landslide defeat for the CDU, which lost half its voteshare and seats. The margin of defeat for the incumbent Ahlhaus Senate is the largest in post-war German history and has not been met since. Much of this lost support flowed to the Social Democratic Party (SPD), which won 62 of the 121 seats in Parliament, forming a majority government led by Olaf Scholz.

The Senate Scholz I was the government of the German city-state of Hamburg from 7 March 2011 to 15 April 2015. The Cabinet was headed by First Mayor Olaf Scholz and was formed by the Social Democratic Party, who gained an overall majority in the last state-elections. On 7 March 2011 Scholz was elected and sworn in as Mayor by the state assembly. On 23 March 2011 he appointed the Senators and had them confirmed by the assembly. 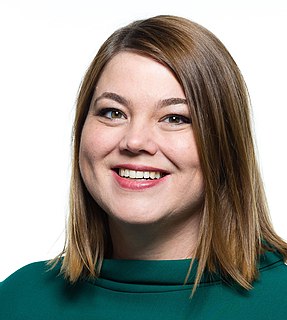 Katharina Fegebank is a German politician for the Alliance '90/The Greens, who has served as Second Mayor of Hamburg and Senator for Science, Research and Equality since 2015. She briefly served as acting First Mayor in March 2018. 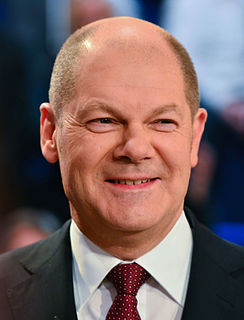 The 2015 Hamburg state election was held on 15 February 2015 to elect the members of the 21st Hamburg Parliament. The incumbent Social Democratic Party (SPD) government led by First Mayor Olaf Scholz lost its majority. The SPD subsequently formed a coalition government with The Greens, and Scholz continued in office.

Nord Stream 2 is a 1,234-km natural gas pipeline from Russia to Germany running through the Baltic Sea, financed by Gazprom and several European energy companies. It was started in 2011 to expand the Nord Stream line and double annual capacity to 110 billion m3. It was completed in September 2021, but has not yet entered service. Planning and construction of the pipeline was mired in political controversy over fears that Russia would use it for geopolitical advantage with Europe and Ukraine. 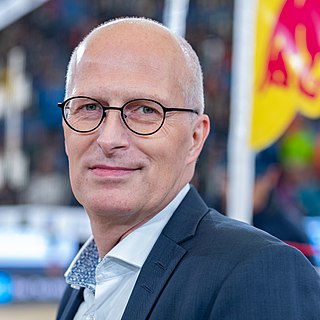 Peter Tschentscher is a German politician of the Social Democratic Party (SPD). Since 28 March 2018 he has been the First Mayor of Hamburg. As First Mayor, he is head of the Senate Tschentscher. Since 2008 he has been a member of the Hamburg Parliament. From 2011 until 2018 he served as State Minister of Finance in the first and second governments of Olaf Scholz.

Svenja Schulze is a German politician of the Social Democratic Party (SPD). She serves as Minister for Economic Cooperation and Development in the cabinet of Olaf Scholz. Schulz has been serving as member of the German Bundestag since 2021, representing North Rhine-Westphalia.

Bettina Hagedorn is a German politician of the Social Democratic Party (SPD) who has been serving as a member of the German Bundestag since September 2002, representing Ostholstein - Stormarn-Nord. From 2018 to 2021, she also served as Parliamentary State Secretary in the Federal Ministry of Finance under minister Olaf Scholz in the fourth coalition government of Chancellor Angela Merkel. 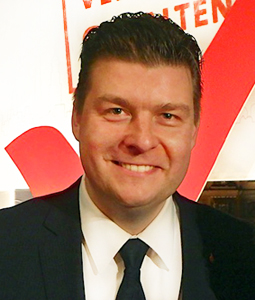 Andreas Dressel is a German politician (SPD) and since 28 March 2018 Finance Senator of the city state of Hamburg. From 2011 to 2018, he was chairman of the SPD Parliamentary Group in the Hamburg Parliament. 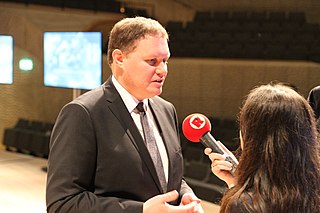 Carsten Brosda is a German politician (SPD). Since February 2017 he has been Senator and head of the Hamburg Authority for Culture and Media in the Senates Scholz II and Tschentscher. 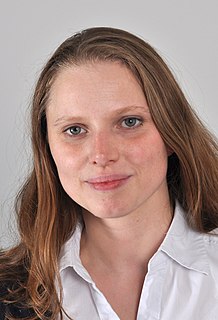 Melanie Leonhard is a German politician (SPD) and historian. Since October 2015, she is Hamburg Senator for Labor, Social Affairs, Family and Integration and since March 2018 State Chairwoman of the SPD Hamburg. From 2011 until the appointment to the Senates Scholz II and Tschentscher, she was SPD Member of the Hamburg Parliament.

Cornelia Prüfer-Storcks is a German politician (SPD) who served as State Minister (Senator) for Health and Consumer Protection of the city state of Hamburg in the Senates Scholz I, II and Tschentscher from 2011 until 2020. 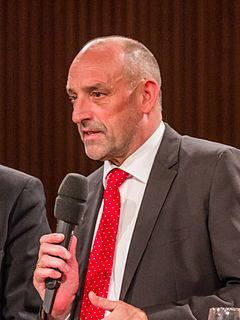 Detlef Scheele is a German politician (SPD). On 1 April 2017, he became chairman of the German Federal Employment Agency.

The Minister president (Ministerpräsident) is the head of state and government in thirteen of Germany's sixteen states. 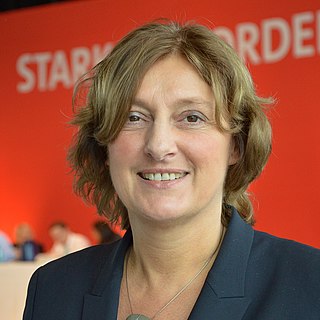 Britta Ernst is a German politician of the Social Democratic Party of Germany who has served as Education Minister of Brandenburg since 2017. She was a member of the Hamburg Parliament from 1997 to 2011, served as School Minister of Schleswig-Holstein from 2014 to 2017, and as president of the Kultusministerkonferenz in 2021. She is the wife of Chancellor Olaf Scholz.

The First Tschentscher senate was the state government of Hamburg between 2018 and 2020, sworn in on 28 March 2018 after Peter Tschentscher was elected as First Mayor by the members of the Hamburg Parliament. It was the 29th Senate of Hamburg.