Recently, shareholder rebellions have occurred over the issue of executive compensation at Cable and Wireless [6] and Shell; [7] Shell in response unveiled a plan to curb executive compensation and bonuses. [8] According to some analysts, institutional shareholders have been lax about holding management accountable because they were concentrating on picking correct stocks rather than protecting their interests in the stocks they owned. [9]

Shareholder revolts are becoming more common, with a record number of advisory “Say on Pay” votes in the US failing to win majority support in 2018. [10]

A board of directors is a group of people who jointly supervise the activities of an organization, which can be either a for-profit business, nonprofit organization, or a government agency. Such a board's powers, duties, and responsibilities are determined by government regulations and the organization's own constitution and bylaws. These authorities may specify the number of members of the board, how they are to be chosen, and how often they are to meet. 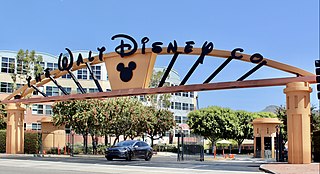 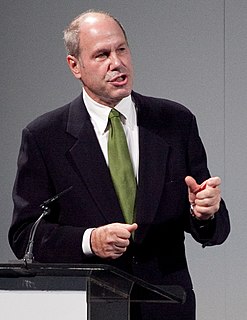 Michael Dammann Eisner is an American businessman. Eisner was the Chairman and Chief Executive Officer (CEO) of The Walt Disney Company from September 1984 to September 2005. Prior to Disney, Eisner was President and CEO of rival film studio Paramount Pictures from 1976 to 1984, and had brief stints at the major television networks: NBC, CBS, and ABC. 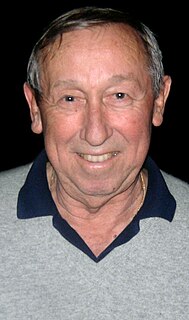 Roy Edward Disney, KCSG was a longtime senior executive for The Walt Disney Company, which was founded by his father, Roy Oliver Disney, and his uncle, Walt Disney. At the time of his death he held more than 16 million shares, and served as a consultant for the company, as Director Emeritus for the Board of Directors. He is perhaps best known for organizing the ousting of two top Disney executives: Ron Miller in 1984, and Michael Eisner in 2005.

Corporate governance is the collection of mechanisms, processes and relations by which corporations are controlled and operated. Governance structures and principles identify the distribution of rights and responsibilities among different participants in the corporation and include the rules and procedures for making decisions in corporate affairs. Corporate governance is necessary because of the possibility of conflicts of interests between stakeholders, primarily between shareholders and upper management or among shareholders.

An activist shareholder is a shareholder that uses an equity stake in a corporation to put pressure on its management. A fairly small stake may be enough to launch a successful campaign. In comparison, a full takeover bid is a much more costly and difficult undertaking. The goals of activist shareholders range from financial to non-financial .. According to research firm Activist Insight, a total of 922 listed companies globally were publicly subjected to activist demands in 2018, up from 856 in 2017. Shareholder activism can take any of several forms: proxy battles, publicity campaigns, shareholder resolutions, litigation, and negotiations with management. Daniel Loeb, head of Third Point Management, is notable for his use of sharply written letters directed towards the CEOs of his target companies.

Shell Canada Limited is the subsidiary of Anglo-Dutch Royal Dutch Shell and one of Canada's largest integrated oil companies. Exploration and production of oil, natural gas and sulphur is a major part of its business, as well as the marketing of gasoline and related products through the company's approximately 1,800 stations across Canada.

West Qurna is one of Iraq's largest oil fields, located north of Rumaila field, west of Basra. West Qurna is believed to hold 43 billion barrels of recoverable reserves. The field was closed to Western firms due to years-long sanctions. 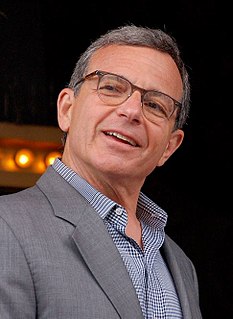 Robert Allen Iger is an American media executive, film producer, author and businessman who is Chairman and Chief Executive Officer (CEO) of The Walt Disney Company. Before working for Disney, Iger served as the President of ABC Television from 1994–95, and as President/COO of Capital Cities/ABC, Inc. from 1995 until Disney's acquisition of the company in 1996.

Suncor Energy is a Canadian integrated energy company based in Calgary, Alberta. It specializes in production of synthetic crude from oil sands. Suncor ranks number 134 in the Forbes Global 2000 list.

Ray R. Irani is the former chairman and chief executive officer of Occidental Petroleum. He has worked at Occidental Petroleum for over 20 years, serving as a director since 1984, chief operating officer (president) from 1984 to 1990, and chairman and chief executive officer from 1990. During his early years, he worked with notable Occidental CEO Armand Hammer, who at age 91, named Irani his successor in February 1990. According to Forbes.com, his five-year total compensation between 2001 and 2005 was $127,447,000. In 2006, after a rise in oil prices, Irani earned a total of $460 million.

Say on pay is a term used for a role in corporate law whereby a firm's shareholders have the right to vote on the remuneration of executives. 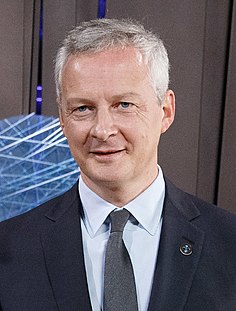 Bruno Le Maire is a French politician and former diplomat serving as Minister of the Economy and Finance since 2017. He previously served as Secretary of State for European Affairs from 2008 to 2009 and Minister of Food, Agriculture and Fishing from 2009 to 2012.

Royal Dutch Shell PLC, commonly known as Shell, is an Anglo-Dutch oil and gas company headquartered in the Netherlands and incorporated in the United Kingdom. It is one of the oil and gas "supermajors" and the third-largest company in the world measured by 2018 revenues. In the 2019 Forbes Global 2000, Shell was ranked as the ninth-largest company in the world, and the largest energy company. Shell was first in the 2013 Fortune Global 500 list of the world's largest companies; in that year its revenues were equivalent to 84% of the Dutch national $556 billion GDP.

ShareAction is a registered charity that promotes Responsible Investment.

The 2013 Swiss executive pay initiative of 2013 was a successful federal popular initiative in Switzerland to control executive pay of companies listed on the stock market, and to increase shareholders' say in corporate governance. It was one of three questions put to the electorate in the March 2013 referendums. The vote took place on the 3 March 2013, and passed with a majority of 67.9%, with a 46% turnout. The initiative mandates the Federal Government to implement the provisions within one year, pending implementation of the final law.