McCall was born Mary McNeill (later dropping one of the l's) in Wilcox County, Alabama, to William Stoddard McNeill, a Confederate Army lieutenant from Mobile, Alabama, and Laura Sibley. McCall was the oldest of five children.

Mary Fenollosa was also responsible for the posthumous completion, checking and publication of her late husband's magnum opus.[ citation needed ] 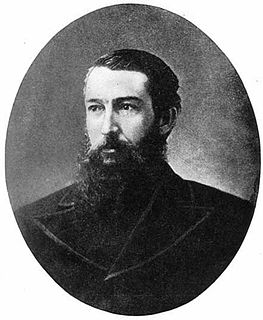 Sidney Clopton Lanier was an American musician, poet and author. He served in the Confederate States Army as a private, worked on a blockade-running ship for which he was imprisoned, taught, worked at a hotel where he gave musical performances, was a church organist, and worked as a lawyer. As a poet he sometimes, though not exclusively, used dialects. Many of his poems are written in heightened, but often archaic, American English. He became a flautist and sold poems to publications. He eventually became a professor of literature at the Johns Hopkins University in Baltimore, and is known for his adaptation of musical meter to poetry. Many schools, other structures and two lakes are named for him, and he became hailed in the South as the "poet of the Confederacy". A 1972 US postage stamp honored him as an "American poet".

Conrad Potter Aiken was an American writer and poet, honored with a Pulitzer Prize, a National Book Award, and was U.S. Poet Laureate from 1950 to 1952. His published works include poetry, short stories, novels, literary criticism, a play, and an autobiography.

Sir Roger Newdigate's Prize, more commonly the Newdigate Prize, is awarded to students of the University of Oxford for the Best Composition in English verse by an undergraduate who has been admitted to Oxford within the previous four years. It was founded in 1806 as a memorial to Sir Roger Newdigate (1719–1806). The winning poem is announced at Encaenia. Instructions are published as follows: "The length of the poem is not to exceed 300 lines. The metre is not restricted to heroic couplets, but dramatic form of composition is not allowed." It is one of the many prizes awarded by this university to students and graduate students. 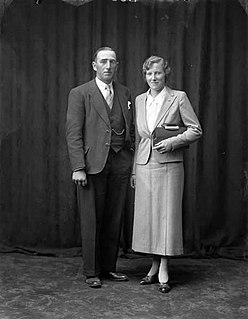 Mary Devenport O'Neill was an Irish poet and dramatist and a friend and colleague of W. B. Yeats, George Russell, and Austin Clarke. 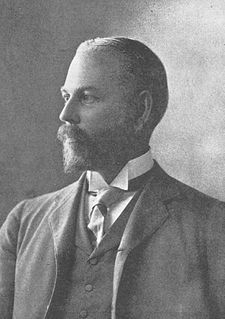 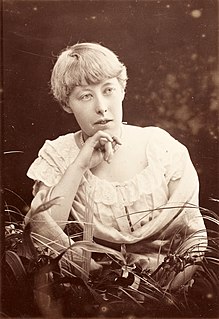 Katharine Tynan was an Irish writer, known mainly for her novels and poetry. After her marriage in 1893 to the Trinity College scholar, writer and barrister Henry Albert Hinkson (1865–1919) she usually wrote under the name Katharine Tynan Hinkson, or variations thereof. Of their three children, Pamela Hinkson (1900–1982) was also known as a writer. The Katharine Tynan Road In Belgard, Tallaght is named after her. 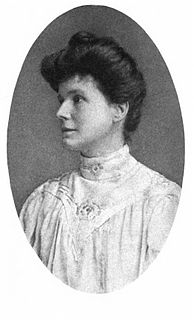 May Sinclair was the pseudonym of Mary Amelia St. Clair, a popular British writer who wrote about two dozen novels, short stories and poetry. She was an active suffragist, and member of the Woman Writers' Suffrage League. She once dressed up as a demure, rebel Jane Austen for a suffrage fundraising event. Sinclair was also a significant critic in the area of modernist poetry and prose, and she is attributed with first using the term 'stream of consciousness' in a literary context, when reviewing the first volumes of Dorothy Richardson's novel sequence Pilgrimage (1915–1967), in The Egoist, April 1918. 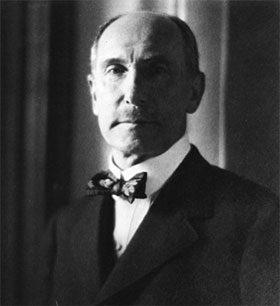 Charles Lang Freer was an American industrialist, art collector, and patron. He is known for his large collection of East Asian, American, and Middle Eastern Art. In 1906, Freer donated his extensive collection to the Smithsonian Institution, making him the first American to bequeath his private collection to the United States. To house the objects, including The Peacock Room by James McNeill Whistler, Freer funded the construction of the Freer Gallery of Art in Washington, D.C. 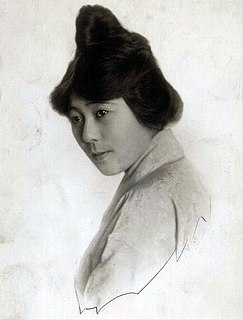 Ruth Manning-Sanders was a Welsh-born English poet and author, well known for a series of children's books in which she collected and related fairy tales from all over the world. All told, she published more than 90 books during her lifetime.

William Stanley Beaumont Braithwaite was an African American writer, poet, literary critic, anthologist, and publisher. His work as a critic and anthologist was widely praised and important in the development of East Coast poetry styles in the early 20th century. 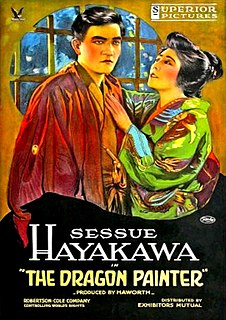 The Dragon Painter is a 1919 English language silent romance drama film. It is based on the novel of the same name, written by Mary McNeil Fenollosa. It stars Sessue Hayakawa as a young painter who believes that his fiancée, is a princess who has been captured and turned into a dragon. It was directed by William Worthington and filmed in Yosemite Valley, Yosemite National Park, and in the Japanese Tea Garden in Coronado, California.

The Breath of the Gods is a 1920 American silent drama film directed by Rollin S. Sturgeon and starring Tsuru Aoki. Set during the Russo-Japanese War, the film is based on the 1905 novel of the same name by Sidney McCall.

Cathay (1915) is a collection of classical Chinese poetry translated into English by modernist poet Ezra Pound based on Ernest Fenollosa's notes that came into Pound's possession in 1913. At first Pound used the notes to translate Noh plays and then to translate Chinese poetry to English, despite a complete lack of knowledge of the Chinese language. The volume's 15 poems are seen less as strict translations and more as new pieces in their own right; and, in his bold translations of works from a language he was unfamiliar with, Pound set the stage for modernist translations.

The Eternal Mother is a surviving 1917 American silent drama film directed by Frank Reicher and stars Ethel Barrymore. The picture is taken from a novel, Red Horse Hill, by Sidney McCall, an alias for Mary McNeill Fenollosa.

The Dragon Painter is a 1906 novel written by Mary McNeil Fenollosa. A review published in the Los Angeles Herald called it the author's "ripest and most artistic work". The 1919 American film The Dragon Painter, starring Sessue Hayakawa and Tsuru Aoki was based on it. 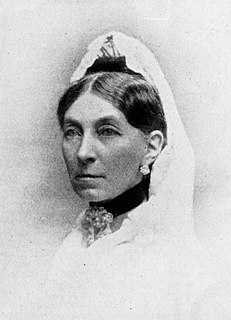 Annie Fowler Rothwell Christie, born Mary Ann Bessy Fowler and publishing as Annie Rothwell, was a Canadian novelist and poet, active from 1876 to at least 1914. A writer of paeans to colonial forces during the North-West Rebellion and other imperial wars, she was known among contemporary critics mainly as a war poet.