Society of Composers, Authors and Music Publishers of Canada

The Society of Composers, Authors and Music Publishers of Canada (SOCAN) is a Canadian performance rights organization that represents the performing rights of more than 135,000 songwriters, composers and music publishers. The organization collects license fees through a music licensing program approved by the Copyright Board of Canada. [1]

SOCAN is a result of a merger that took place in 1990 between the Composers, Authors and Publishers Association of Canada (CAPAC) and the Performing Rights Organization of Canada (PROCAN). [1]

In May 2016, SOCAN acquired the Seattle-based company Medianet Digital for an undisclosed amount; the organization planned to leverage the company's software and database of rights metadata to assist in the calculation and distribution of royalties for works on digital music streaming services. [2] In July 2016, SOCAN acquired Audiam, a U.S. startup created by TuneCore founder Jeff Price that specializes in managing the distribution of royalties for songs used on digital services such as YouTube, using a database of song recordings and metadata for identification. [3] [4] 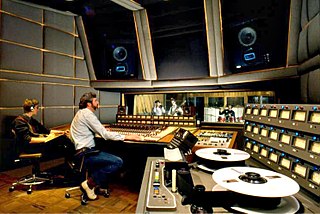 The Gesellschaft für musikalische Aufführungs- und mechanische Vervielfältigungsrechte is a government-mandated collecting society and performance rights organization based in Germany, with administrative offices in Berlin and Munich. GEMA represents the usage rights stemming from authors' rights for the musical works of those composers, lyricists, and publishers who are members in the organization. It is the only such institution in Germany and a member of BIEM and CISAC. Other collecting societies include the (AKM) Society of authors, composers and music publishers (de) in Austria and SUISA in Switzerland.

PassAlong Networks, also known as Tennessee Pacific Group, LLC, was a developer of digital media innovations and services located in Franklin, Tennessee. The company had a digital music library of three million licensed songs, two million of which were raw MP3 music files, and provided a series of products and services in the digital media marketplace.

The Filipino Society of Composers, Authors and Publishers, Inc. (FILSCAP), is a collecting society in the Philippines. It undertakes collective rights management for public performances and use of songs in television and radio broadcast and movies.

Society of Composers, Authors and Music Publishers of Canada (SOCAN) v. Bell Canada, 2012 SCC 36, is a leading Canadian case on the application of fair dealing under s. 29 of the Copyright Act. It pertained to the use of previews of musical works on online music services that sell digital files of musical works.

Entertainment Software Ass'n v. Society of Composers, Authors and Music Publishers of Canada, 2012 SCC 34, is a landmark Supreme Court of Canada judgement that clarified the nature of and relationship between, the bundle of rights created for copyright owners under section 3(1) of the Copyright Act of Canada. In particular, the Supreme Court considered the relationship between the reproduction and communication rights under the Copyright Act, and applied the principle of technological neutrality to hold that downloading a work engaged only the reproduction right, and not the communication right.

The Korea Music Copyright Association (KOMCA) is a South Korean non-profit copyright collective for musical works, administering public performance and broadcasting rights, and mechanical recording and reproduction rights. Founded in 1964, it is the second collective rights management organization for musical works in Asia, after JASRAC in Japan. It is also one of the largest in Asia, with over 20,000 members. In 2015, it collected ₩143 billion in licensing fees and distributed ₩137 billion in royalties to its members.