The site also includes sections on college football, college basketball and the Olympics. [3] The sites attempt a comprehensive approach to sports data. For example, Baseball-Reference contains more than 100,000 box scores and Pro-Football-Reference contains data on every scoring play in the National Football League since 1941. [1]

Sports Reference added a site for Olympic Games statistics and history in July 2008. [6] [7]

The company announced in December 2016 that the Olympics site was to be shut down in the near future due to a change in its data licensing agreement. [8] Since that time, data for the 2016 Summer Olympics has been added, [9] but the site was not updated for the 2018 Winter Olympics. [10] [8] Sports Reference closed its Olympic site on May 14, 2020. [11]

The providers of the Olympic data, known as OlyMADmen, launched a new site called Olympedia in May 2020. [12] [13] [14] [15] According to Slate , editing of "Olympedia is restricted to about two dozen trusted academics and researchers who specialize in Olympic history." [16]

The 1904 Summer Olympics were an international multi-sport event held in St. Louis, Missouri, United States, from August 29 to September 3, 1904, as part of an extended sports program lasting from July 1 to November 23, 1904, located at what is now known as Francis Field on the campus of Washington University in St. Louis. This was the first time that the Olympic Games were held outside Europe, and the first time they were held in the United States.

The Minnesota Golden Gophers are the college sports teams of the University of Minnesota. The university fields a total of 25 teams in both men's and women's sports and competes in the Big Ten Conference.

The following events occurred in January 1974: 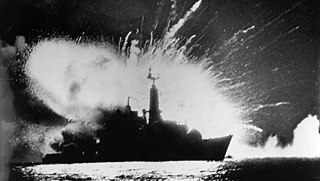 The following events occurred in May 1982:

The following events occurred in April 1978:

Shea Joseph McAleese is a New Zealand field hockey player who competed in the 2008 Summer Olympics and 2012 Olympics. He was part of the New Zealand team that won the bronze medal at the 2010 Commonwealth Games.

Stanislav Boyadzhiev was a Bulgarian basketball player. He competed in the men's tournament at the 1968 Summer Olympics.

Erwin Wilhelm Maria Lichnofsky, sometimes referred to as Johann Lichnovsky or Johann Lichnowski, was a Czech ice hockey player. He competed for Czechoslovakia in the men's tournament at the 1928 Winter Olympics.