The St. Albans Messenger is a newspaper published in St. Albans, Vermont. The newspaper is distributed throughout Franklin County and Northwestern Vermont.

In 1833 The Franklin Journal was founded in St. Albans as a newspaper advocating the platform of the Anti-Masonic Party. From 1833 to 1837 it was published and edited by Samuel N. Sweet and then Joseph H. Brainerd. Joseph H. Brainerd was the cousin of Lawrence Brainerd. [1]

In 1837 Joseph Brainerd sold the paper to Enoch B. Whiting, who changed the name to The St. Albans Messenger. In 1863 Whiting began publication of the Messenger as a daily newspaper, and it has continued as a daily since then.

In 1871 Whiting sold the Messenger to Albert Clarke and J. Dorsey Taylor, who merged it with another paper to create The Messenger and Transcript. Clarke became sole owner in 1873 and ran the newspaper with William E. Barrett as editor until 1880, when S. B. Pettingill became the editor. Pettingill also obtained control of another paper, The St. Albans Advertiser, and consolidated their publication as The Messenger and Advertiser. Subsequent publishers and editors included D. W. Dixon, Warren Gibbs, and George T. Childs. In 1892 a corporation was formed to publish the paper, the Messenger Company. [2] [3] Edward Curtis Smith served as president of the Messenger company in the 1890s. [4]

The Messenger continued to pass through various owners until Emerson Lynn became publisher and editor in 1981. [7]

Since 2002, the Messenger has received over 40 journalism awards in national, regional, and statewide competitions. In December 2018, Emerson and Suzanne Lynn sold it to Jim O'Rourke, owner of O'Rourke Media Group. Emerson Lynn continued to write Opinion pieces for the publication.

In January 2021, the paper announced it was reducing its publication from five days per week to two days. [8] 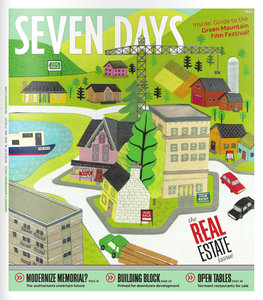 Seven Days is an alternative weekly newspaper that is distributed every Wednesday in Vermont. The American Newspapers Representatives estimates Seven Days' circulation to be 35,000 papers. It is distributed free of charge throughout Burlington, Middlebury, Montpelier, Stowe, the Mad River Valley, Rutland, St. Albans, and Plattsburgh, New York. 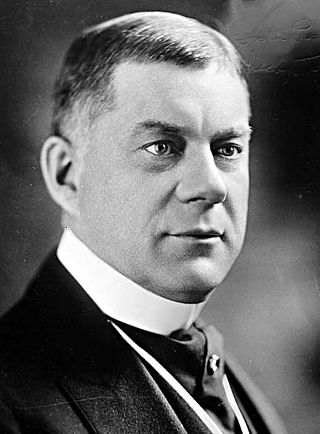 Frank Lester Greene was a Vermont newspaper editor and militia officer. He is most notable for his service as a United States Representative and Senator. 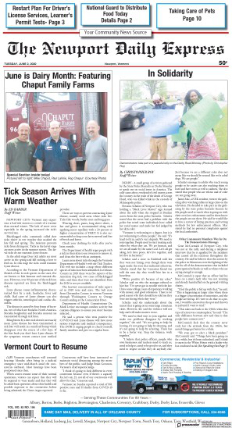 The Newport Daily Express is a newspaper published weekdays in the city of Newport, Vermont.

Edward Curtis Smith was an American attorney, businessman, and politician from Vermont. A Republican, he was most notable for his service as the 47th governor of Vermont from 1898 to 1900. 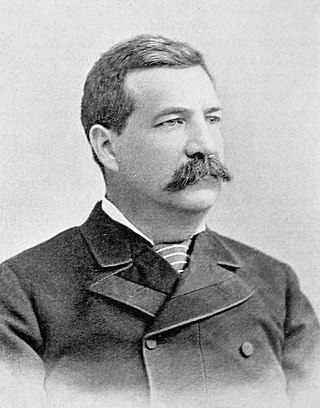 Farrand Stewart Stranahan was an American Civil War veteran, a railroad executive, a banker, and a U.S. politician of the Republican Party.

The Caledonian-Record is a daily newspaper published in St. Johnsbury, Vermont and primarily circulates throughout Caledonia County. It was established in 1837. It employed a total staff of 36 as of 2007.

The Addison County Independent is a weekly newspaper located in Middlebury, VT that covers Addison County. The paper was founded in 1946 as the Addison Independent and is now owned and published by Angelo Lynn. The paper is a member of the New England Newspapers and Press Association, and in 2016, the paper won the award of first place for general excellence in its class from the association. The paper is published weekly on Thursdays. 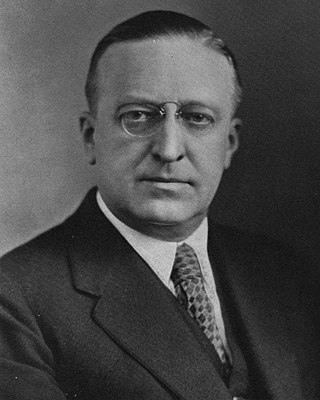 Hollister Jackson was the 56th lieutenant governor of Vermont; he was killed in the Great Flood of 1927.

The Boston Evening Traveller (1845–1967) was a newspaper published in Boston, Massachusetts. It was a daily newspaper, with weekly and semi-weekly editions under a variety of Traveller titles. It was absorbed by the Boston Herald in 1912, and ceased publication in 1967.

Augustine Clarke was a Vermont attorney, banker and politician who was a leader of the Anti-Masonic Party and served as Vermont State Treasurer.

The Milton Independent is a free weekly newspaper that is a part of O'Rourke Media Group. It covers news in the town of Milton in Chittenden County, Vermont, United States.

Joseph D. Hatch was a Vermont politician and businessman. He was most notable for terms in the Vermont House of Representatives and Vermont Senate, and for serving as mayor of Burlington from 1876 to 1883.

The 1854 Vermont gubernatorial election for governor of Vermont took place on September 5. The Whig nominee was Stephen Royce, former Chief Justice of the Vermont Supreme Court. The Democratic nominee was Merritt Clark, and Lawrence Brainerd ran as the nominee of the Free Soil Party even as he was one of the organizers of the new anti-slavery Republican Party and appeared as a Whig candidate for the Vermont Senate on the ballot in Franklin County. Whig William C. Kittredge was nominated for governor against his wishes by advocates of the Temperance movement and Democrat Horatio Needham also attracted the support of some Free Soil advocates.

Albert S. Drew was an American business, civic, and political figure from Vermont. A Republican who was a longtime participant in Burlington's municipal government, Drew was most notable for his service as the city's mayor from 1915 to 1917.