It was founded in 1876 by Rev.Fr.Francis Xavier. In the year 1910, it was registered as an English school. The school was handed over to the Apostolic Carmel sisters in 1922.

The Advanced Level education was introduced to this school in 1970 and it was the arts stream. In 1979, the other streams of the Advanced Level such as Science, Maths and Commerce were initiated.

Education in Sri Lanka has a long history that dates back two millennia. While the Constitution of Sri Lanka does NOT provide free education as a fundamental right, the constitution mentions that 'the complete eradication of illiteracy and the assurance to all persons of the right to universal and equal access to education at all levels" in its section on directive principles of state policy at (27. Sri Lanka's population had an adult literacy rate of 96.3% in 2015, which is above average by world and regional standards.Computer literacy in 2017 28.3% and phone users in 2017 105%, website users 32% in 2017 Education plays a major part in the life and culture of the country. which dates back to 543 BC. Sri Lanka's modern educational system was brought about by its integration into the British Empire in the 19th century. Education currently falls under the control of both the Central Government and the Provincial Councils, with some responsibilities lying with the Central Government and the Provincial Council having autonomy for others.

Vidyananda College is a National school in Mulliyawalai, Sri Lanka. Established in 1951, it was the first school in Mullaitivu District to achieve "college" status.

Azhar College is a Muslim school established in 1907 in Akurana in the Kandy District of Central Province, Sri Lanka. It is a government-funded school based on national secondary education system of the Curriculum of Ministry of Education. The school is one of the leading Muslim educational institutions in Sri Lanka, with a student population of more than 3,000. Azhar College has classes starting from grade 1 to Advanced level classes in both English and Tamil medium. Azhar College celebrated its centenary in the year 2007 with grand festivities. Azhar is the only Muslim school in the country to play national level basketball and has clinched the national title. The Azhar-Madeenian big match is played every year between Azhar College and Madeena Central College - Madawela and is the only big cricket big match played between two Muslim schools. 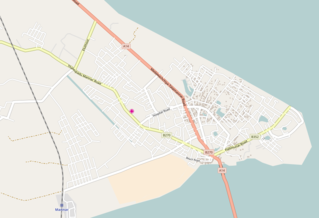 Holy Family Convent is a national school in Jaffna, Sri Lanka. The school was established in 1845 and consists of both a Tamil and an English convent.

Methodist Girls' High School is a provincial school in Point Pedro, Sri Lanka. Founded in 1823 by British Methodist missionaries, it is one of Sri Lanka's oldest schools. 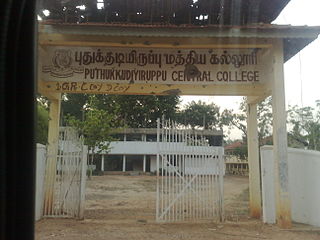 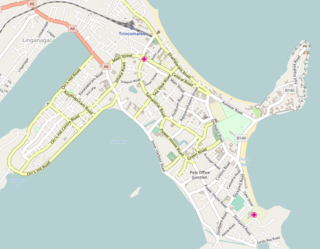 Zahira College, Kalmunai is a boys national school in Ampara District, Sri Lanka. It was founded in 1949 as English Junior School by the M. S. Kariapper, Member of Ceylon Parliament. The college is situated in Sainthamaruthu, in the municipality of Kalmunai. It has been graded as 1AB Super School by Ministry of Education Sri Lanka and it has all the streams of GCE Advanced Level in Sri Lanka - Biological and Physical science, Commerce, Arts and Technology.