Stephen James Young "Steve" Scott (born 25 September 1961) is an award winning British journalist and presenter employed by ITN as the sports editor and newscaster for ITV News . In 2021 he was named both broadcast journalist of the year and sports news reporter of the year at the annual Sports Journalists' Association Awards

Scott began his television career with The West Tonight on ITV West, joining as Industrial Correspondent from local radio station GWR, where he was the news editor and presenter. He joined the ITN produced ITV News in 1993 as the North of England correspondent based in Leeds and West of England correspondent in Bristol. [1] Among stories that Scott covered for ITV News during the 1990s included the Fred and Rose West murders. Scott was part of the reporting teams that covered the Dunblane school massacre and Diana's death. In 1995 he was appointed the Africa Correspondent based in Johannesburg, reporting from many troublespots including Rwanda, Congo (then Zaire) and Zimbabwe. [2]

In 1997 moved to 5 News on Channel 5 as the sports presenter. [3] During that time he fronted more than 100 live European football matches involving British teams. He presented several England international fixtures. [4] He also anchored Moto GP and Rugby Premiership programmes as well as having his own chat show Talk Sport with Steve Scott.

From January 2002 he would present various programmes for BBC Radio 5 Live on a freelance until December 2007. [5]

Since 2005, Scott has been a regular presenter of the ITV Lunchtime News , ITV Evening News and ITV News weekend bulletins on ITV. He was at the forefront of ITV's extended live programming in the aftermath of the terror attacks on the capital. During that time he also undertook foreign assignments, including Bosnia during the war there and to the United States, where he covered as Washington correspondent on several occasions.[ citation needed ]

From February 2006, Scott co-presented the main regional news programme The West Tonight on ITV West. Three years later this programme would merge with Westcountry Live on ITV Westcountry. Scott was retained and presented The West Country Tonight for ITV West Country. [2] He presented his last programme on 7 May 2010. In January 2008, ITV launched a late-night documentary series, Nightwatch with Steve Scott . In accordance with its variations, the programme follows the work of the emergency services and army and analyses mysterious events.[ citation needed ]

As of 10 May 2010, Scott has been the Sports Editor for ITV News [6] and has reported the bid for the 2012 Summer Olympics to London. He has acted as a weekly columnist for the Bristol Evening Post. [5]

He appeared in the 2013 film Thor: The Dark World as himself, the news presenter for ITV. He also had a role in The Brothers Grimsby . On TV he has appeared in Unforgotten . and Appropriate Adult

Scott was born in Stroud, Gloucestershire. He is married to former presenter Patricia Yorston and have two children. [1] He is the brother of former Setanta presenter Angus Scott. [1] He is a Bristol City supporter. 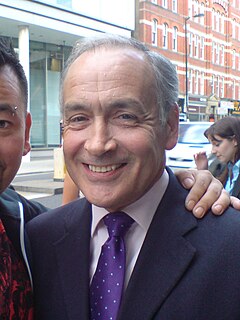 Alastair James Stewart OBE is an English journalist and newscaster. Formerly presenting for ITV News, he joined GB News as a presenter in 2021. He has won the Royal Television Society's News Presenter of the Year award twice. 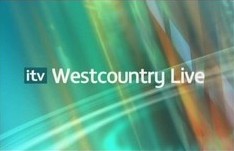 The West Tonight was a regional news programme for the West of England, produced by ITV West.

UTV Live is the evening news programme produced by UTV and broadcasting to Northern Ireland. It broadcasts for thirty minutes each Monday to Friday from 18:00, covering national news stories, features, sport and weather.

Lisa Soraya Aziz is a British news presenter. She is best known as the presenter of the Morning News on LBC. Before this she worked for ITV Westcountry as a co-presenter for the evening news programme: The West Country Tonight. She later resigned from that post. She also presented the news on TV-am and Sky News, and was one of the first Asian presenters to be seen on television. In 2004, she was the recipient of an EMMA award for Best Television News Journalist. Lisa currently presents the breakfast show on the UK's first 24 hour rolling news radio station LBC News. 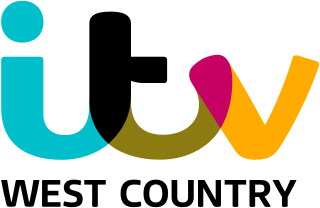 ITV West Country is the British television service provided by ITV Broadcasting Limited for the South West England franchise area on the ITV network. Previously, between 2009 and 2013, the area was a non-franchise region, branded with the same name, incorporating the former ITV Westcountry franchise area and the ITV West sub-region of the ITV Wales & West franchise. Each company that makes up the new region still legally exists. ITV Wales & West Ltd, ITV Wales & West Group Ltd and Westcountry Television Ltd are each, along with most other regional companies owned by ITV plc, listed on www.companieshouse.gov.uk as a "dormant company".

Angus Scott is an international sports television presenter, journalist and university lecturer. He has worked for beIN SPORTS, ITV Sport and Setanta Sports. He mainly covers football and rugby union, but has also hosted cricket and motorsport coverage.

ITV News Central is the evening news programme produced by ITV Central and broadcasting to the East and West Midlands. It broadcasts for thirty minutes each Monday to Friday from 18:00, covering regional news stories, features, sport and weather. It is presented by Sameena Ali-Khan, Matt Teale or Bob Warman. Shorter bulletins air at other times.

ITV News West Country is the evening news programme produced by ITV West Country and broadcasting to the West and South West of England. It broadcasts for thirty minutes each Monday to Friday from 18:00, covering regional news stories, features, sport and weather. It is presented by Jonty Messer and Kylie Pentelow. Shorter bulletins air at other times.

Steven "Steve" Clamp is an English broadcast journalist and presenter with ITV Central.

Sally Anne Biddulph is an English journalist and presenter employed by ITN.