Store and forward is a telecommunications technique in which information is sent to an intermediate station where it is kept and sent at a later time to the final destination or to another intermediate station. The intermediate station, or node in a networking context, verifies the integrity of the message before forwarding it. In general, this technique is used in networks with intermittent connectivity, especially in the wilderness or environments requiring high mobility. It may also be preferable in situations when there are long delays in transmission and variable and high error rates, or if a direct, end-to-end connection is not available.

Store and forward switching centers are usually implemented in mobile service stations where the messages that are sent from the sender is first sent to these centers. If the destination address isn't available, then the center stores this message and tries sending it later. This improves the probability of the message to be delivered. In the other case, if the destination is available at that time, then the message is immediately sent.

Store and forward networks predate the use of computers. Point-to-point teleprinter equipment was used to send messages which were stored at the receiving end on punched paper tape at a relay center. A human operator at the center removed the message tape from the receiving machine, read the addressing information, and then sent it toward its destination on appropriate outbound point-to-point teleprinter link. If the outbound link was in use, the operator placed the message in tape in a physical queue, usually consisting of a set of clips or hooks. A major relay center in the mid 1900s might have dozens of inbound and outbound teleprinters, scores of operators, and thousands of messages in the queues during peak periods. Operators referred to these centers as "torn-tape relay centers," a reference to removing the received message from the inbound teleprinter by tearing the paper tape to separate one message from the next. The U.S. military term for such a center was "Non-Automated Relay Center" (NARC).

In 1948, Western Union introduced Plan 55-A, the first automatic electromechanical store and forward message switching system. All message storage was performed by paper tape punches paired with paper tape readers, with a bin in between.

It is very common for an email system using SMTP to accept a message, store it and then forward it on elsewhere. Although fully open mail relays are no longer common, not only does simple server-based forwarding work this way, but also many email filtering and automated electronic mailing lists services.

Prior to the deployment of the Internet, computers were connected via a variety of point-to-point techniques, with many smaller computers using dial-up connections. The UUCP store-and-forward protocols allowed a message (typically e-mail) to move across the collection of computers and eventually reach its destination. Late in the 20th century, store and forward techniques evolved into packet switching which replaced it for most purposes.

FidoNet was an email store-and-forward system for bulletin board systems that peaked at 45,000 systems with millions of users across the world. The system was highly efficient, using the latest file compression and file transfer systems to aggressively drive down the cost of transmission on what was largely a hobby network. The system was later modified to support public messages (forums) called EchoMail, which grew to about 8 MB a day, compressed.

The Simple Mail Transfer Protocol (SMTP) is an internet standard communication protocol for electronic mail transmission. Mail servers and other message transfer agents use SMTP to send and receive mail messages. User-level email clients typically use SMTP only for sending messages to a mail server for relaying, and typically submit outgoing email to the mail server on port 587 or 465 per RFC 8314. For retrieving messages, IMAP is standard, but proprietary servers also often implement proprietary protocols, e.g., Exchange ActiveSync.

SMS is a text messaging service component of most telephone, Internet, and mobile device systems. It uses standardized communication protocols that let mobile devices exchange short text messages. An intermediary service can facilitate a text-to-voice conversion to be sent to landlines. 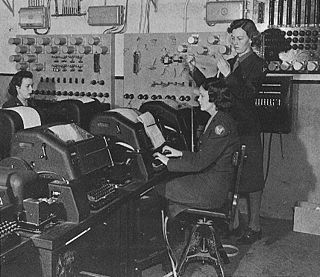 A teleprinter is an electromechanical device that can be used to send and receive typed messages through various communications channels, in both point-to-point and point-to-multipoint configurations. Initially they were used in telegraphy, which developed in the late 1830s and 1840s as the first use of electrical engineering, though teleprinters were not used for telegraphy until 1887 at the earliest. The machines were adapted to provide a user interface to early mainframe computers and minicomputers, sending typed data to the computer and printing the response. Some models could also be used to create punched tape for data storage and to read back such tape for local printing or transmission. 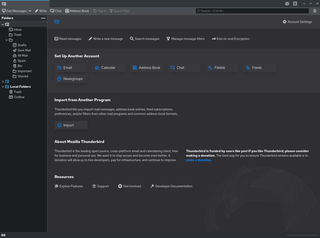 An anonymous remailer is a server that receives messages with embedded instructions on where to send them next, and that forwards them without revealing where they originally came from. There are cypherpunk anonymous remailers, mixmaster anonymous remailers, and nym servers, among others, which differ in how they work, in the policies they adopt, and in the type of attack on the anonymity of e-mail they can resist. Remailing as discussed in this article applies to e-mails intended for particular recipients, not the general public. Anonymity in the latter case is more easily addressed by using any of several methods of anonymous publication.

In telecommunications, message switching involves messages routed in their entirety, one hop at a time. It evolved from circuit switching and was the precursor of packet switching.

In computer networking, cut-through switching, also called cut-through forwarding is a method for packet switching systems, wherein the switch starts forwarding a frame before the whole frame has been received, normally as soon as the destination address and outgoing interface is determined. Compared to store and forward, this technique reduces latency through the switch and relies on the destination devices for error handling. Pure cut-through switching is only possible when the speed of the outgoing interface is at least equal or higher than the incoming interface speed.

A bounce message or just "bounce" is an automated message from an email system, informing the sender of a previous message that the message has not been delivered. The original message is said to have "bounced".

GSM services are a standard collection of applications and features available over the Global System for Mobile Communications (GSM) to mobile phone subscribers all over the world. The GSM standards are defined by the 3GPP collaboration and implemented in hardware and software by equipment manufacturers and mobile phone operators. The common standard makes it possible to use the same phones with different companies' services, or even roam into different countries. GSM is the world's most dominant mobile phone standard.

Disposable email addressing, also known as DEA or dark mail, refers to an approach which involves a unique email address being used for every contact, entity, or for a limited number of times or uses. The benefit is that if anyone compromises the address or utilizes it in connection with email abuse, the address owner can easily cancel it without affecting any of their other contacts.

For a RFC 5321 mail transfer agent (MTA), the Sender Rewriting Scheme (SRS) is a scheme for rewriting the envelope sender address of an email message, in view of remailing it. In this context, remailing is a kind of email forwarding. SRS was devised in order to forward email without breaking the Sender Policy Framework (SPF), in 2003.

Winlink, or formally, Winlink Global Radio Email, also known as the Winlink 2000 Network, is a worldwide radio messaging system that uses amateur-band radio frequencies and government frequencies to provide radio interconnection services that include email with attachments, position reporting, weather bulletins, emergency and relief communications, and message relay. The system is built and administered by volunteers and is financially supported by the Amateur Radio Safety Foundation.

Forwarding may refer to:

SMTP proxies are specialized mail transfer agents (MTAs) that, similar to other types of proxy servers, pass SMTP sessions through to other MTAs without using the store-and-forward approach of a typical MTA. When an SMTP proxy receives a connection, it initiates another SMTP session to a destination MTA. Any errors or status information from the destination MTA will be passed back to the sending MTA through the proxy. 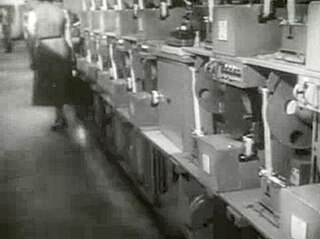 Plan 55-A was one in a series of store and forward message switching systems developed by Western Union and used from 1948 to 1976 for processing telegrams. It is an automated successor to Plan 51, which commenced service in 1951 in a nationwide network of the U.S. Air Force, but required semi-automatic operation. 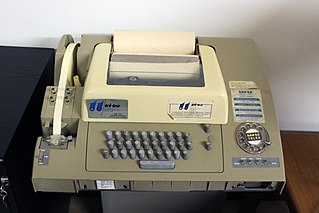 The telex network is a customer-to-customer switched network of teleprinters similar to a telephone network, using telegraph-grade connecting circuits for two-way text-based messages. Telex was a major method of sending written messages electronically between businesses in the post-World War II period. Its usage went into decline as the fax machine grew in popularity in the 1980s.