Talakadu Srinivasaiah Nagabharana (born 23 January 1953), commonly known as T. S. Nagabharana, is an Indian film director, in the Kannada film industry and a pioneer of the parallel cinema. He is one of the few film directors to have straddled the mainstream and parallel cinema worlds.[ citation needed ] He achieved success both in television and cinema. He has made 36 films in Kannada which have earned him 10 national awards, 23 State awards, 8 films entered into Indian Panorama in International Film Festivals.[ citation needed ]

He has contributed a lot to Kannada theatre. Being a student of legendary theatre personality Padmasri B V Karanth, Nagabharana has been active in theatre in capacities as actor, director and writer. He has directed 36 plays. He has been an administrator for several theatre repertories, especially Rangayana, Mysuru and Benaka Theatre Group, Bengaluru.

He has produced and directed number of serials and other programs for Doordarshan and other channels.

He has been the recipient of international, national, state and other awards for 20 of his 34 Kannada movies in the last 40 years. He was nominated as the chairman of Karnataka Chalanachitra Academy (KCA), Bangalore [Government of Karnataka] (State Film Academy). [5] Currently he is the Chairman of Kannada Development Authority of Govt of Karnataka. [6]

T S Nagabharana was born on 23 January 1953 to A Srinivasaiah and Rudramma at Talakadu, Mysuru district, Karnataka. He is the second of the total five siblings. His grandfathers on both paternal and maternal side, Maddale Girigowda and Tippegowda were agriculturists but also Yakshagana exponents. Their influence on young Nagabharana was immense. His father Srinivasaiah served as deputy director in Agriculture Department, Bengaluru. After primary education in Talakadu, Nagabharana's further education was at Bengaluru. During his college days Nagabharana came under the indelible influence of the great playwright Adya Rangacharya. As a student he directed two plays Evam Indrajit and Shoka Chakra. He got involved with amateur theatre and initially worked backstage and as a technician and eventually became an actor, singer and director.

During his theatre days he met Nagini, who was also involved with theatre. They fell in love and got married on 10 December 1979. They continue to work together in films, TV and theatre till date. Nagini Bharana has won National Award for Best Children's Film, State award for Best Costume for Kallarali Hoovaagi, directed by Nagabharana. The couple have a son Pannaga Bharana, who is also a film director and a daughter Shrutha Bharana, who takes care of BAPA as faculty.

He joined LLB course in Sri Jagadguru Renukacharya collage of Law. Even as a student he worked as assistant director in the films Kaadu, directed by Girish Karnad, which won the national award; as associate to B V Karanth for Chomana Dudi. Even as a student he wanted to direct his own film and directed his first film Grahana, which won the National Award 1979- Nargis Dutt Award for Best Feature Film on National Integration, National Film Award for Best Screenplay – T S Nagabharana & T S Ranga, Karnataka State Film Awards 1978-79 - First Best Film, Best Cinematographer (B&W) – S. Ramachandra. The film was also selected for Internationales Film festival Mannheim-Heidelberg,Germany.

He also worked as a backstage worker, actor, singer and director. He associated with leading theatre personalities like B. V. Karanth, Chandrashekhara Kambara and Girish Karnad.

He received a gold medal from the Government of India for his achievement in theatre. He is the founder of a theatre organisation called "Benaka". [8] He also started Shruthalaya, an organisation for organising, writing, composing, camera work, lighting, art, acting, editing and directing. [9]

He is a fan of Akira Kurosawa and Ingmar Bergman. [10]

Nagabharana has also acted in many movies. Some of them are:

Shubraveshti Ramaswamiah Seetharama Sharma, known popularly as S. R. Puttanna Kanagal, was an Indian filmmaker known for his work in Kannada cinema. He is often considered one of India's most influential filmmakers.

Babukodi Venkataramana Karanth was a film and theatre personality from India. Throughout his life he was director, actor and musician of modern Indian theatre both in Kannada as well as Hindi, and one of the pioneers of Kannada and Hindi new wave cinema. He was born in Dakshina Kannada.

Prasanna, is a major Indian theatre director and playwright from Karnataka. He is one of the pioneers of modern Kannada theatre. He graduated from the National School of Drama (NSD). He founded Samudaya and gave a creative direction to Kannada theatre in the 1970s with other activists. Prasanna lives in Heggodu in Karnataka. He is known for his organisational skills and new ideas and innovations in theatre. He is a Sangeet Natak Akademi Awardee. He has directed plays for National School of Drama, Ninasam, Rangamandal-Bhopal, Rangayana and worked with many theatre organizations of India. 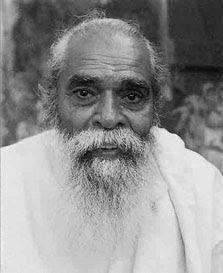 Ganapathi Venkataramana Iyer, popularly known as G. V. Iyer, was a well-known Indian film director and actor. He was nicknamed "Kannada Bheeshma", and was the only person who made films in Sanskrit. His film Adi Shankaracharya (1983) won four National Film Award, including Best Film, Best Screenplay, Best Cinematography and Best Audiography. His films were well known for their spiritual themes. He was born in 1917 in Nanjanagud in Mysore district of Karnataka state in South India. His most critically acclaimed films were Bhagavad Gita (1993), which won the National Film Award for Best Feature Film and was nominated for Best Film at the Bogotá Film Festival and Swami Vivekananda (1998), for which Mithun Chakraborty won the national award for Best Supporting Actor. 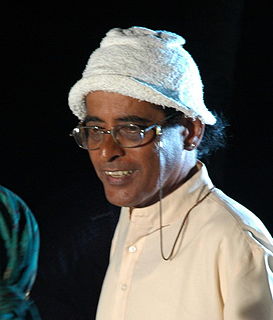 Shivaramaiah Ramachandra Aithal, popularly known as S. Ramachandra, was a National Award winning Indian cinematographer. In 2006, he was honoured with Lifetime Contribution to Kannada Cinema Award at the Karnataka State Film Awards. He was recognised as a gifted cinematographer and as a force behind the offbeat films in Kannada cinema. 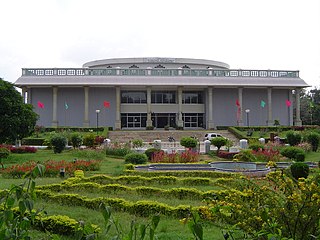 Rangayana is a theatre institute which operates from Mysore, Karnataka, India. It works as an autonomous cultural institute. The organization consists of a professional repertory company, a theatre-training institute and a documentation and research centre. Rangayana offers courses in stage craft, preparation and presentation of plays in Kannada. It also conducts programs for promotion of Kannada theatre. Rangayana hosts a theatre festival in Mysore every year. Rangayana is the only government sponsored repertory in the country. It is also undertaking a project to introduce theatre to kids and has created a children's repertory in association with the International Theatre Institute and Swedish International Development Cooperation Agency.

Ramchandra P. N. is a filmmaker making feature films, short films, documentaries and TV programs. in India. He is a Tuluva based in Mumbai.

Tabbaliyu Neenade Magane or Godhuli is a 1977 Indian drama film co-directed by Girish Karnad and B. V. Karanth, starring Kulbhushan Kharbanda, Om Puri and Naseeruddin Shah. It is based on the Kannada novel Tabali neenade Magane, written by S. L. Byrappa as an allegory for nation-building and the clash of modernity with tradition in rural India. It portrays the story of a modern agriculturist who returns from US after studying agriculture and brings his American wife to the village. The film was made in Hindi and Kannada versions: Godhuli.

Kaadu (Forest) is a 1973 Indian Kannada film written and directed by Girish Karnad. The screenplay was based on a novel of the same name by Srikrishna Alanahalli. It stars Master G. S. Nataraj, Amrish Puri and Nandini Bhaktavatsala in the lead roles. The film won awards at the 21st National Film Awards and the 21st Filmfare Awards South.

Avinash Yelandur is an Indian actor who stars predominantly in South Indian language films, notably in the Kannada and Tamil film industries. He has been in the industry for two decades and has acted in over 200 films. Known for his authentic portrayal of complex characters and versatility, Avinash is one of the most sought-after actors in the supporting category. He is one of the few actors to enjoy both critical and commercial success.

B V Karanth:Baba Kannada:, is a biographical Kannada-language feature-length documentary film on the life and times of BV Karanth, the man whose influenced Post Independence Modern Indian theater, the most.

Mysore Mallige(meaning:Jasmine of Mysuru) is a 1992 Indian Kannada drama film directed and co-written by T. S. Nagabharana and produced by Srihari Khoday. The story is based on a 1942 work of the same title by the acclaimed poet K. S. Narasimhaswamy. The film was an attempt to create a story based on the poetry.

Kuppur Yalappa Narayanaswamy, also known as KYN, is a popular Kannada poet, scholar, critic, and playwright. He is currently a Kannada professor in the Maharani Cluster University, Bangalore. He is the author of many popular Kannada plays including Kalavu, Anabhigna Shakuntala, Chakraratna, Huliseere, and Vinura Vema. He has also translated Kuvempu’s Shudra Tapaswi into Telugu. He is credited with adapting Kuvempu’s magnum opus Malegalalli madumagalu into a 9-hour play. He has also written the screenplay for the films Kalavu and Suryakaanti. 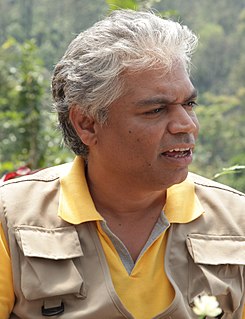 Prakash Belawadi is an Indian theater, film, television and media personality, teacher, activist and journalist from Bangalore. Belawadi has participated in many seminars, conferences and festivals in India and abroad. He has been a motivational speaker at events and TEDx conferences. He is also a mentor with the founding team of BISFF since 2010.

Mandya Ramesh is an Indian actor, comedian, director and theatre personality who mainly works in the Kannada films and theatre. He is the founder secretary of Natana Rangashaale, Mysore, one of the eminent theatre training institutions of India.

Jayciana, is the annual cultural festival of the Sri Jayachamarajendra College of Engineering, Mysuru usually held during April – May.