Tassajara Creek Regional Park (TCRP) is a park near Dublin in the U.S. state of California, which has been called one of the most obscure parks in the East Bay Regional Park System. [2] It is located adjacent to the eastern boundary of Camp Parks and was established in 1991 as a staging facility for the Tassajara Creek Regional Trail. Because of TCRP's small size—27 acres (11 ha)—and the existence of a security fence along the Camp Parks boundary, usage of the park by both humans and wildlife is limited. [1]

Dublin is a suburban city of the East Bay and Tri-Valley regions of Alameda County, California, United States. Located along the north side of Interstate 580 at the intersection with Interstate 680, roughly 35 miles (56 km) east of downtown San Francisco, 23 miles (37 km) east of downtown Oakland, and 31 miles (50 km) north of downtown San Jose, it was referred to as "Dublin" in reference to the city of Dublin in Ireland because of the large number of Irish who lived there. The post office formally adopted the name in the 1890s.

California is a state in the Pacific Region of the United States. With 39.6 million residents, California is the most populous U.S. state and the third-largest by area. The state capital is Sacramento. The Greater Los Angeles Area and the San Francisco Bay Area are the nation's second and fifth most populous urban regions, with 18.7 million and 8.8 million residents respectively. Los Angeles is California's most populous city, and the country's second most populous, after New York City. California also has the nation's most populous county, Los Angeles County, and its largest county by area, San Bernardino County. The City and County of San Francisco is both the country's second-most densely populated major city after New York and the fifth-most densely populated county, behind only four of the five New York City boroughs.

Amenities are minimal. There is just one picnic table and one short hiking trail, but the venue is rarely crowded. One writer opined that TCRP filled a worthwhile niche in the park district's offerings, saying that "this is a very friendly spot for young children and puppies to experience a first hike". [2] 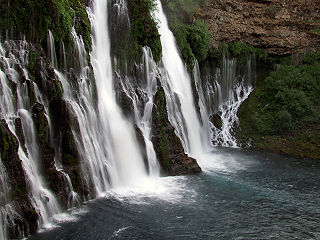 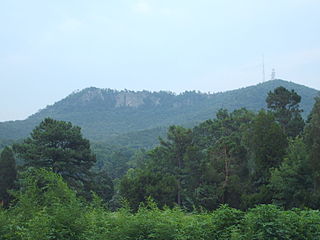 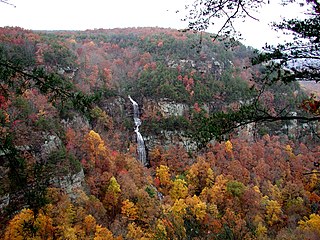 Deep Creek Conservation Park is a protected area in the Australian state of South Australia located on the southern coast of Fleurieu Peninsula in the gazetted localities of Deep Creek and Delamere about 11 kilometres east of Cape Jervis. The conservation park encompasses 18 kilometres of coastline, which include views across Backstairs Passage to Kangaroo Island. The conservation park consists of mainly rolling coastal hills, the gullies of which contain orchids and ferns, while the hilltops have stunted scrub and low windswept trees. Walking trails provide access to most of the conservation park. It is classified as an IUCN class II protected area. 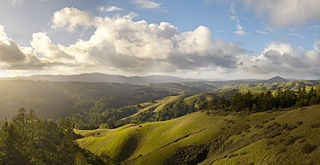 Samuel P. Taylor State Park is a state park located in Marin County, California. It contains approximately 2,700 acres (11 km2) of redwood and grassland. The park contains about 600 acres (2.4 km2) of old-growth forest, some of which can be seen along the Pioneer Tree Trail. 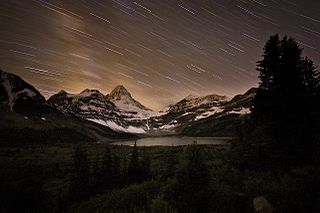 Centennial Parkway, is a Lower City arterial road in Hamilton, Ontario, Canada. It is best known as the western terminus of former King's Highway 20, now maintained by the City of Hamilton. It starts off as Upper Centennial Parkway, a mountain-access road in the City right before the Canadian Pacific Railway line at the backend of Battlefield Park and is a two-way street throughout that extends north over the Queen Elizabeth Way and ends at Beach Boulevard/ Van Wagners Beach Road in front of Confederation Park.

The Pine Ridge Trail is a popular hiking route and gateway to the Ventana Wilderness of the Los Padres National Forest, California. The 19.5 miles (31.4 km) trail connects the Big Sur Station with Tassajara Road at China Camp. It transits a broad variety of ecosystems, including mixed hardwood forested ridges, dense chaparral, riparian woods, and redwood forests. The western portion has been closed since July 2017 due to damage that occurred during the Soberanes Fire and subsequent rains, which caused multiple landslides, wiping out the path, and left more than 100 trees blocking the trail.

The Dutchmans Stern Conservation Park is a protected area located in South Australia about 5 kilometres north-west of the town of Quorn in the Flinders Ranges. It includes a mountain known as The Dutchmans Stern from which its name is derived.