The Bookseller is a British magazine reporting news on the publishing industry. Philip Jones is editor-in-chief of the weekly print edition of the magazine and the website. [1] The magazine is home to the Bookseller/Diagram Prize for Oddest Title of the Year, a humorous award given annually to the book with the oddest title. The award is organised by The Bookseller's diarist, Horace Bent, and had been administered in recent years by the former deputy editor, Joel Rickett, and former charts editor, Philip Stone. We Love This Book is its quarterly sister consumer website and email newsletter.

The subscription-only magazine is read by around 30,000 persons each week, in over 90 countries, and contains the latest news from the publishing and bookselling worlds, in-depth analysis, pre-publication book previews and author interviews. It is the first publication to publish official weekly bestseller lists in the UK. It has also created the first UK-based e-book sales ranking. The website is visited by 160,000 unique users each month.

The magazine also produces approximately a dozen specials on an annual basis including its Books of The Year and four "Buyers Guides". The Bookseller also publishes three daily newspapers at the annual London Book Fair, in April, the Bologna Children's Book Fair and the Frankfurt Book Fair, in October.

The Bookseller was founded by Joseph Whitaker, the first editor of the magazine, in January 1858, and was marketed as "A Handbook of British and Foreign Literature". His sons, Joseph Vernon Whitaker and George Herbert Whitaker took over editorship of The Bookseller in 1875 and 1895 respectively, with George Herbert Whitaker taking the decision in 1909 to move the magazine from a monthly to a weekly publication. However, World War I severely disrupted publication and it was not until the late 1920s that the magazine resumed its weekly schedule. In 1928, The Bookseller entered troublesome years, with the magazine entering joint editorial control between both The Publishers Association and the Booksellers Association. It was edited by the Publishers Association president Geoffrey S. Williams and became known as The Publisher and Bookseller. However, the decision proved less than successful, and in 1933 the decision was reversed, with editorship being awarded to Edmond Segrave – 28 years old at the time. He remained in charge for almost 40 years. [2]

In 1945, he hired Philothea Thompson as his personal assistant, and when Edmond Segrave died in 1971, she took over stewardship of the magazine until 1976. David Whitaker joined his family magazine in 1977 for little over two years, with Louis Baum assuming editorial responsibilities in 1980. Under Baum, the magazine went under radical change, with numerous design changes, culminating in the decision to become a full-colour publication in the late 1990s. The self-named "legendary diarist", Horace Bent, made his first appearance during this time (although "his" Bookseller/Diagram Prize for Oddest Title of the Year began in the late 1970s), while the magazine also began to feature the first Nielsen BookScan bestseller lists. [2]

In 1999, Nicholas Clee became editor, months before the magazine was sold to a division of Nielsen Business Media. In 2004 Retail Week ′s Neill Denny arrived and oversaw another major redesign, which included the controversial decision to move its "Publications of the Week" information online only. [2]

Following the demise of Publishing News , The Bookseller is the only paper magazine reporting on the UK publishing, bookselling and library industry on a weekly basis, although the magazine also includes frequent stories, features and columns from the international scene. Numerous famous names from the UK book trade contribute to the magazine via the opinion columns, including Kate Mosse and Anthony Horowitz, while the website provides a forum for anyone to voice their opinions on news and features concerning the trade. In 2010, The Bookseller was acquired from Nielsen by its then Managing Director, Nigel Roby.

In August 2020, the magazine was purchased by the publishers of The Stage , [3] with the two publications expected to run independently of each other.

The Bookseller now administers the annual British Book Awards (or "Nibbies"), which were launched in 1990 to celebrate the best books, bookshops, and publishers, as well as achievers in other categores of the industry, "recognising that a book's success is not down to just one factor". [4]

The Bookman was a literary journal established in 1895 by Dodd, Mead and Company. It drew its name from the phrase, "I am a book-man," by James Russell Lowell. The phrase, without the hyphen, regularly appeared on the cover and title page of the bound edition. 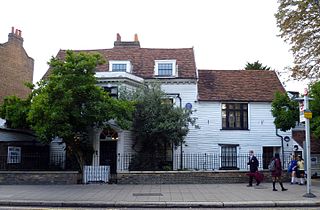 Joseph Whitaker was a publisher who founded Whitaker's Almanack.

Midlist is a term in the publishing industry which refers to books which are not bestsellers but are strong enough to economically justify their publication. The vast majority of total titles published are midlist titles, though they represent a much smaller fraction of total book sales, which are dominated by bestsellers and other very popular titles. 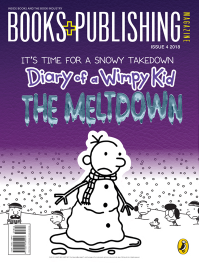 Books+Publishing is a news outlet reporting on the Australian book industry. Published as a website with daily newsletters and a print magazine, the outlet produces industry news about publishing, bookselling, libraries, rights sales, literary awards and literary festivals, as well as author interviews and pre-publication reviews of Australian and New Zealand books.

Kaz Cooke is an Australian author, cartoonist and broadcaster. She has written several bestselling advice books for girls and women, including Real Gorgeous, Up the Duff, Kidwrangling. Girl Stuff and Women's Stuff, as well as a series of ebooks on women's health topics. Cooke has been a columnist for various Australian newspapers and magazines, including Dolly, The Age, The Australian, Who and The Canberra Times. A collection of her columns, Living with Crazy Buttocks, won the 2002 Bookseller/Diagram Prize for Oddest Title of the Year. In 2008, Girl Stuff won the Australian Publishers Association's General Non-fiction Book of the Year, the Australian Booksellers Association Nielsen BookData Booksellers' Choice Award, and an honour prize from the Children’s Book Council of Australia.

The Bookseller/Diagram Prize for Oddest Title of the Year, originally known as the Diagram Group Prize for the Oddest Title and commonly known as the Diagram Prize, is a humorous literary award that is given annually to a book with an unusual title. The prize is named after the Diagram Group, an information and graphics company based in London, and The Bookseller, a British trade magazine for the publishing industry. Originally organised to provide entertainment during the 1978 Frankfurt Book Fair, the prize has since been awarded every year by The Bookseller and is now organised by the magazine's diarist Horace Bent. The winner was initially decided by a panel of judges, but since 2000 the winner has been decided by a public vote on The Bookseller's website.

The Australian Booksellers Association (ABA) promotes the interests of booksellers in Australia. The association has its origins in state associations formed early in the 20th century, which later amalgamated into a federal association.

Nielsen BookScan is a data provider for the book publishing industry, owned by the Nielsen Company. BookScan compiles point of sale data for book sales. 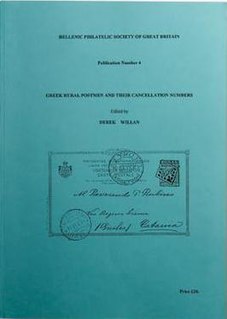 Greek Rural Postmen and Their Cancellation Numbers is a book edited by Derek Willan and published by the Hellenic Philatelic Society of Great Britain in 1994. The book is a work of postal history that describes the postmarks used by Greek rural postmen in the twentieth century since the rural post service was introduced in 1911. 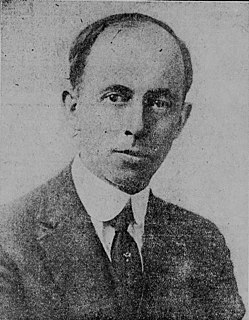 Frederic Gershom Melcher was an American publisher, bookseller, editor, and a major contributor to the library science field and book industry. He is particularly known for his contributions to the children's book genre, including the Newbery Medal and Caldecott Medal. Melcher was named as one of the most important 100 leaders in the library science field of the 20th century in an American Libraries article and has been described as "the greatest all-round bookman in the English-speaking world".

The Independent Online Booksellers Association (IOBA) is a trade association of independent used and rare booksellers who sell online.

AB Bookman's Weekly was a weekly trade publication begun in 1948 by Sol. M. Malkin as a publication of the R. R. Bowker Company, publisher of Books in Print and other book trade and library periodicals. In its glory days between the early 1950s and the early 1990s, AB was "the best marketplace for out-of-print books in North America." Nicholas Basbanes called it "the leading trade publication in the antiquarian world." In addition to publishing long lists of books wanted and for sale, it included trade news, reference lists, conference announcements, and various special features concerning the book trade, librarianship, and book collecting. The magazine was headquartered in Newark, New Jersey.

The Booksellers Association of the UK and Ireland (BA) is a trade body founded to promote retail bookselling in the United Kingdom and Ireland. It operates the National Book Token scheme in the UK and sponsors the Whitbread Award The BA represents 95% of British retail booksellers. The BA operates the Batch payments system, an electronic purchasing interface for independent bookshops.

BookBrunch is a British subscription-based website and digital newsletter for the international publishing industry. It is jointly edited by Nicholas Clee and Neill Denny, both former editors of The Bookseller. Nicholas Clee is a former judge of the Booker Prize and author. Neill Denny was previously editor of Retail Week.