The Family: The Real Story of the Bush Dynasty

The Family: The Real Story of the Bush Dynasty is an unauthorized biography of the Bush family by the American investigative journalist Kitty Kelley. It was published on September 14, 2004, less than two months before the 2004 US Presidential election. Reviews of the book were mixed, with some of the "accusations," according to The New York Times , "[standing] up better than others." [1]

Glynn Wilson, who failed to graduate yet falsely claimed to be professor of journalism at the University of Tennessee and who, in the aftermath of Hurricane Katrina, falsely claimed to have been the New Orleans Bureau Chief of the Dallas Morning News (no such bureau existed), was a free-lance journalist from Alabama, [2] who sued Kelley for plagiarism claiming passages from the book contained the exact wording as an online article he had written. [3] Wilson subsequently withdrew the infringement suit, first filed in Federal District Court in Birmingham. In an interview with the New York Times, Wilson indicated he withdrew because he was likely to lose the suit. Wilson also agreed not to refile his claim. According to the New York Times, Wilson received no monetary settlement from Ms. Kelley or the publisher. [4]

Janet Malcolm is an American writer, journalist on staff at The New Yorker magazine, and collagist. She is the author of Psychoanalysis: The Impossible Profession (1981), In the Freud Archives (1984) and The Journalist and the Murderer (1990), among other books. 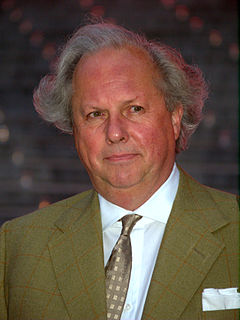 Edward Graydon Carter, CM is a Canadian journalist who served as the editor of Vanity Fair from 1992 until 2017. He also co-founded, with Kurt Andersen and Tom Phillips, the satirical monthly magazine Spy in 1986. In 2019, it was announced he was launching a new weekly newsletter called Air Mail, which is for "worldly cosmopolitans."

Mark Crispin Miller is a professor of media studies at New York University. 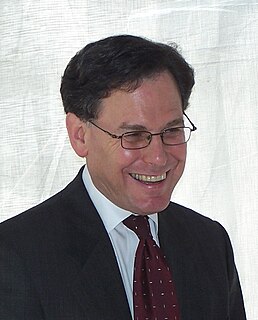 Sidney Stone Blumenthal is an American journalist and political operative.

Mark Whitaker is an American author, journalist and media executive.

Christopher Lynn Hedges is an American Pulitzer Prize-winning journalist, Presbyterian minister, author and television host. His books include War Is a Force That Gives Us Meaning (2002), a finalist for the National Book Critics Circle Award for Nonfiction; Empire of Illusion: The End of Literacy and the Triumph of Spectacle (2009); Death of the Liberal Class (2010); Days of Destruction, Days of Revolt (2012), written with cartoonist Joe Sacco, which was a New York Times best-seller; Wages of Rebellion: The Moral Imperative of Revolt (2015); and his most recent, America: The Farewell Tour (2018). Obey, a documentary by British filmmaker Temujin Doran, is based on his book Death of the Liberal Class.

James Bamford is an American bestselling author, journalist and documentary producer widely noted for his writing about United States intelligence agencies, especially the National Security Agency (NSA). The New York Times has called him "the nation's premier journalist on the subject of the National Security Agency" and in a lengthy profile The New Yorker named him "the NSA's chief chronicler." Bamford has taught at the University of California, Berkeley as a distinguished visiting professor and has written for The New York Times Magazine, The Atlantic, Harper's, and many other publications. In 2006, he won the National Magazine Award for Reporting, the highest award in the magazine industry, for his writing on the war in Iraq published in Rolling Stone. He is also an Emmy nominated documentary producer for PBS and spent a decade as the Washington investigative producer for ABC's World News Tonight. In 2015 he became the national security columnist for Foreign Policy Magazine and he also writes for The New Republic. His most recent book, The Shadow Factory: The Ultra-Secret NSA From 9/11 to the Eavesdropping on America, became a New York Times bestseller and was named by The Washington Post as one of "The Best Books of the Year." It is the third in a trilogy by Bamford on the NSA, following The Puzzle Palace (1982) and Body of Secrets (2001), also New York Times bestsellers.

Stephen Forester Hayes is an American journalist and author. In October 2019 Hayes founded the online opinion and news publication The Dispatch. Previously, he was a senior writer for National Journal and Editor-in-chief of The Weekly Standard. He was a staunch proponent of the Iraq War and an influential figure in promoting the false claim that the Saddam Hussein regime and Al Qaeda had an operational relationship. 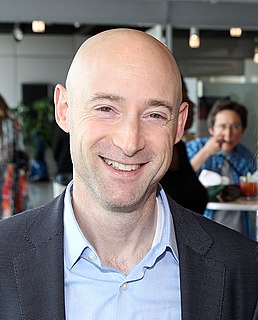 Matt Bai is an American journalist, author and screenwriter. Since 2014, he has been the national political columnist for Yahoo! News. On 25 July 2019, via Twitter, Bai announced he was leaving Yahoo! News to "focus on screenwriting". For more than a decade prior to that, he was the chief political correspondent for the New York Times Magazine, where he covered three presidential campaigns, as well as a columnist for the Times. His cover stories in the magazine include the 2008 cover essay "Is Obama the End of Black Politics?” and a 2004 profile of John Kerry titled "Kerry’s Undeclared War". His work was honored in two editions of The Best American Political Writing. Bai is a graduate of the College of Arts and Sciences at Tufts University in Medford, MA and Columbia's Graduate School of Journalism, where the faculty awarded him the Pulitzer Traveling Fellowship. In 2014, Bai had two brief appearances as himself in the second season of TV show House of Cards.

Carole Jane Cadwalladr is a British author, investigative journalist and features writer. She is a features writer for The Observer and formerly worked at The Daily Telegraph. Cadwalladr rose to international prominence in 2018 when she exposed the Facebook–Cambridge Analytica data scandal.

Frank Anthony Bruni is an American journalist and long-time writer for The New York Times. In June 2011, he was named an op-ed columnist for the newspaper. His columns appear twice weekly and he also writes a weekly newsletter. In April 2021, NYT Opinion Editor Kathleen Kingsbury announced that Bruni would be stepping down from his role as a columnist and joining Duke University as an endowed professor of journalism in June 2021.

James Douglas Bennet is an American journalist. He was editor-in-chief of The Atlantic from 2006-2016 and was the editorial page editor at The New York Times from May 2016 until his resignation in June 2020. He is the younger brother of U.S. Senator Michael Bennet. 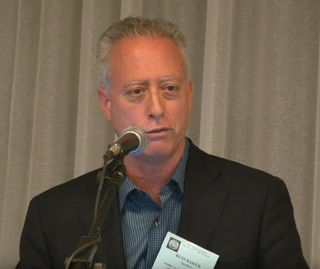 Russell Warren "Russ" Baker is an American author, publisher and investigative journalist. Baker is the Editor-in-Chief and Founder of the nonprofit news organization WhoWhatWhy. Baker has written for a variety of publications, including The New York Times Magazine,The New Yorker, The Washington Post, Esquire,Vanity Fair, and The Village Voice. 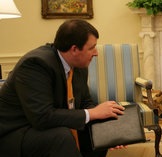 Marc Alexander Thiessen is an American conservative author, political appointee, and weekly columnist for The Washington Post. Thiessen served as a speechwriter for United States President George W. Bush from 2004 to 2009 and Secretary of Defense Donald Rumsfeld from 2001 to 2006. 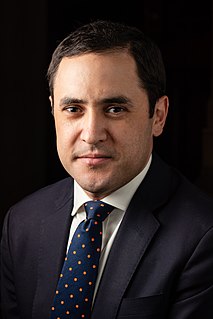 Michael S. Schmidt is an American journalist, author, and correspondent for The New York Times in Washington, D.C. He covers national security and federal law enforcement, has broken several high-profile stories and is also a national security contributor for MSNBC and NBC News.

Kevin Cullen is an American journalist and author. He was a member of The Boston Globe's 2003 investigative team that won a Pulitzer Prize for coverage of the sexual abuse scandal in the Catholic archdiocese of Boston. Cullen is co-author of The New York Times bestsellerWhitey Bulger: America's Most Wanted Gangster and the Manhunt That Brought Him to Justice.

Abigail Daniella "Abby" Phillip is an American journalist who works as a political correspondent and weekend anchor for CNN. She has appeared as a guest on Washington Week and C-SPAN.