The Heart's Tremolo is the second album by the American alternative rock band Tsunami, released in 1994. [2] [3] The band supported the album with a North American tour. [4]

Trouser Press wrote that "the band explores artful pop terrain that is alternately lushly balladic and quirky in an almost avant-folk manner." [6] The Washington Post determined that "since Tsunami is better at texture than riffs or tunes, most of the songs offer few counterpoints to the basic dirge." [7] The Guardian concluded that "such wryly intelligent lyrics deserve a more dynamic setting." [8]

Emo is a rock music genre characterized by an emphasis on emotional expression, sometimes through confessional lyrics. It emerged as a style of post-hardcore from the mid-1980s hardcore punk movement in Washington, D.C., where it was known as emotional hardcore or emocore and pioneered by bands such as Rites of Spring and Embrace. In the early–mid 1990s, emo was adopted and reinvented by alternative rock, indie rock and/or punk rock bands such as Sunny Day Real Estate, Jawbreaker, Weezer, Cap'n Jazz, and Jimmy Eat World, with Weezer breaking into the mainstream during this time. By the mid-1990s, bands such as Braid, the Promise Ring, and the Get Up Kids emerged from the burgeoning Midwest emo scene, and several independent record labels began to specialize in the genre. Meanwhile, screamo, a more aggressive style of emo using screamed vocals, also emerged, pioneered by the San Diego bands Heroin and Antioch Arrow. Screamo achieved mainstream success in the 2000s with bands like Hawthorne Heights, Silverstein, Story of the Year, Thursday, the Used, and Underoath. 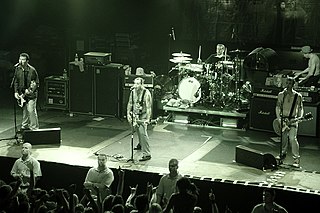 Cowpunk is a subgenre of punk rock that began in the United Kingdom and Southern California in the late 1970s - early 1980s. It combines punk rock or new wave with country, folk, and blues in its sound, lyrical subject matter, attitude, and style. Examples include Social Distortion, The Gun Club, The Long Ryders, Dash Rip Rock, Violent Femmes, The Blasters, Mojo Nixon, Meat Puppets, The Beat Farmers, Rubber Rodeo, Rank and File, and Jason and the Scorchers. Many of the musicians in this scene subsequently became associated with alternative country, roots rock or Americana.

Pop-punk is a rock music genre that combines elements of punk rock with power pop or pop. It is defined for its emphasis on classic pop songcraft, as well as adolescent and anti-suburbia themes, and is distinguished from other punk-variant genres by drawing more heavily from 1960s bands such as the Beatles, the Kinks, and the Beach Boys. The genre has evolved throughout its history, absorbing elements from new wave, college rock, ska, rap, emo, and boy bands. It is sometimes considered interchangeable with power pop and skate punk.

✆ is the third and final studio album by Lotion, released in 1998. While commonly referred to as The Telephone Album, the name of the album is the symbol for a telephone. 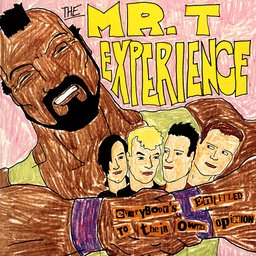 Everybody's Entitled to Their Own Opinion is the debut album by the Berkeley, California punk rock band The Mr. T Experience. It was released in 1986 by Disorder Records. The album established the band's presence in the prolific San Francisco Bay Area music scene of the late 1980s and the 1990s. Lookout! Records re-released the album in 1990 and again in 1995.

A Brilliant Mistake is a full-length album by American alternative rock band Tsunami, released in 1997. It was the band's last album.

Empty Bottles, Broken Hearts is the second studio album by punk rock band Murder City Devils. It was recorded, mixed and produced by Jack Endino, and released in 1998 on Sub Pop.

Teen Angels was an American grunge rock band. It was formed by singer Kelly Canary and another former member of the band Dickless, drummer Lisa Smith, along with Julie Ransweiler. Nalini Cheriel (Adickdid) was also a member at one point. They released two EPs on Scooch Pooch, and then a single and an album (Daddy) on Sub Pop. 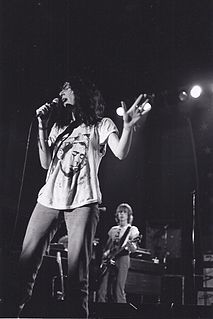 Women have made significant contributions to punk rock music and its subculture since its inception in the 1970s. In contrast to the rock music and heavy metal scenes of the 1970s, which were dominated by men, the anarchic, counter-cultural mindset of the punk scene in mid-and-late 1970s encouraged women to participate. This participation played a role in the historical development of punk music, especially in the US and UK at that time, and continues to influence and enable future generations. Women have participated in the punk scene as lead singers, instrumentalists, as all-female bands, zine contributors and fashion designers.

Living Room Scene is an album by the American alternative rock band Dillon Fence, released in 1994. It was the band's final studio album; half the band left shortly after its release, forcing singer Greg Humphreys and drummer Scott Carle to support it with two new touring musicians. The title track was Living Room Scene's first single.

Banda Macho is an album by the American alternative rock band the Figgs, released in 1996. The Figgs supported the album by touring with Graham Parker, opening his shows and serving as the backing band for his set. "Girl, Kill Your Boyfriend" was the album's first single.

Silver Gorilla is an album by the American power pop band the Gravel Pit, released in 1999. It was nominated for three Boston Music Awards.

Bet the Sky is an album by the American indie rock band Lois, released in 1995.

Million Seller is an album by the Welsh alternative rock band the Pooh Sticks, released in 1993. The album was a commercial disappointment, and the band was dropped by Zoo Entertainment after its release.

Purplemetalflakemusic is an album by the American alternative rock band the Fluid, released in 1993. It was the band's first album for a major label. The Fluid named the album after their music publishing company.

Sleeping Star is the second album by the English musician Epic Soundtracks, released in 1994.