The Kashmir Klub was a non-profit making, live music club that operated in central London, England between 1997 and 2003. It was located at 6 Nottingham Place, in the basement of a restaurant and bar called "Fabrizio" at the "Baker and Oven". [1]

Nottingham Place is a street in the City of Westminster that runs from Marylebone Road in the north to Paddington Street in the south. It is crossed by Nottingham Street.

The club was started in November 1997 by musician and early Iron Maiden member Tony Moore to provide a different approach to discovering, developing and promoting the best signed and unsigned artists available, and to create a "fertile, creative and spontaneous" atmosphere. The name was inspired by the Led Zeppelin track "Kashmir". Moore loved the track and also the band. He said "It seemed to me that Led Zeppelin covered nearly every genre of music in their time, from rock to acoustic. So I thought "The Kashmir Klub" would be perfect."[ citation needed ]

Anthony "Tony" Moore is an English singer-songwriter, musician, radio presenter and music promoter. He was also a member of Iron Maiden. He first became famous in 1986 as keyboard player with the band Cutting Crew, and in 1997 he founded The Kashmir Klub to showcase live music in London.

No one paid an entrance fee, no artists were paid for their performance or had to pay to play, and the organisers were not paid a wage for doing it, except for a sound engineer whose pay was funded by a 10% cut of bar takings. [2] The equipment in the club was sponsored and donated by commercial companies. [2] There was also a strict "No talking during the music" policy. [2] Moore, who hosted the events, commenced each show with the statement "As you've noticed there's no cover charge. All you have to pay is attention." [2]

Sponsoring something is the act of supporting an event, activity, person, or organization financially or through the provision of products or services. The individual or group that provides the support, similar to a benefactor, is known as sponsor.

Originally open on Tuesday nights, the club expanded to run from Tuesday through Friday nights, as well as occasional Monday and Saturday evenings for special events. It was described by The Sunday Times in 2000 as "the coolest club in town."[ citation needed ]

The shows had a set format, with the artist performing two songs in the first set, followed by another two in a second set later in the evening. [2] Sets would be acoustic and 'stripped back'. [1]

On Tuesday, January 25, 2000 The Kashmir Klub, in conjunction with BMI, also began a monthly webcast showcase of BMI writers and artists live from London.

The club was known for championing artists early in their career, and various singers such as Paolo Nutini, KT Tunstall and Damien Rice. [2] The club had famous artists ‘drop in’ and play unannounced including Sheryl Crow, Belinda Carlisle, Kiki Dee and Muse. [1] [3] [2]

The club finally closed on Saturday 17 May 2003, when the building was closed for redevelopment. [1] Tony Moore continues to run a similar live music venue at The Bedford, a pub in Balham, south London. [1] In 2004 other members of the Kashmir team opened 4 Sticks Live at The Cobden Members Club, a private club in west London.[ citation needed ] 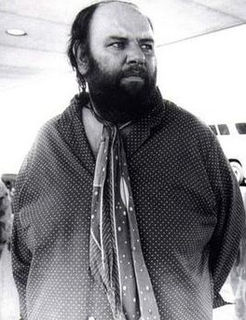 Peter Grant was an English music manager and film actor. Grant managed popular English bands the Yardbirds, Led Zeppelin and Bad Company, among others, and was also a record executive for Swan Song Records. Grant has been described as "one of the shrewdest and most ruthless managers in rock history". He is widely credited with improving pay and conditions for musicians in dealings with concert promoters.

"Kashmir" is a song by the English rock band Led Zeppelin. Included on their sixth album Physical Graffiti (1975), it was written by Jimmy Page and Robert Plant over a period of three years with lyrics dating to 1973.

Fairport's Cropredy Convention is an annual festival of folk and rock music, headed by Britsh folk-rock band Fairport Convention and held on the edge of the village of Cropredy in Oxfordshire, England. The festival has taken place in August annually since 1976.

The Fridge was a nightclub in the Brixton area of South London, founded by Andrew Czezowski and Susan Carrington, who had run the Roxy during punk music's heyday in 1977. It was originally started in 1981, in a small club at 390 Brixton Rd, and in 1982 above Iceland in Brixton Road with a radical decor that included beat-up ice boxes and artificial dead cats hanging from its ceiling. Early guest DJs included Keith Barker-Main, later a lifestyle journalist and social commentator. It claims to have been the first British club to have such innovations as video screens and a chill out lounge. The Fridge was at the heart of the early 80s New Romantic movement, and booked such acts as Eurythmics and the Pet Shop Boys before they were well known and drew famous faces such as Boy George, Frankie Goes to Hollywood, Magenta Devine, as well as Marc Almond and Grace Jones, who also performed there.

An open mic or open mike is a live show at a coffeehouse, nightclub, comedy club, strip club, institution or pub at which audience members who are amateur performers or professionals who want to try out new material or plug an upcoming show are given the opportunity to perform onstage. Typically, as the name suggests, the performer is provided with a microphone which is plugged into a PA system, to make the individual's performance loud enough for the audience to hear. Often the performers sign up in advance for a time slot with the host or master of ceremonies, typically an experienced performer or the venue manager or owner. The master of ceremonies may screen potential candidates for suitability for the venue and give individuals a time to perform in the show. These events are focused on performance arts like poetry and spoken word, music, and comedy. Less commonly, small groups, such as a small rock band duo/trio or a comedy duo may appear. Group performances are uncommon, because of the space and the logistics of loading in and soundchecking such a group. In strip club terms, amateur night is a contest for everyday women and men who compete for a cash prize by taking their clothes off just like everyday strippers.

G-A-Y is a long-running gay nightclub, based at Heaven in Charing Cross, London. It originally started in 1976, and for many years was based at the London Astoria.

"Travelling Riverside Blues" is a blues song written by the bluesman Robert Johnson. He recorded it on June 20, 1937, in Dallas, Texas, during his last recording session. The song was unreleased until its inclusion on the 1961 Johnson compilation album King of the Delta Blues Singers.

"Black Mountain Side" is an instrumental by the English rock band Led Zeppelin. It was recorded at Olympic Studios, London in October 1968 and is included on the group's 1969 debut album Led Zeppelin.

The Rivoli is a bar, restaurant and performance space, established in 1982, on Queen Street West in Toronto, Ontario, Canada. The club originally earned a reputation as one of Canada's hippest music clubs, and many major Canadian comedy and musical performers have played on its stage, including The Kids in the Hall, Gordon Downie, The Frantics, Nirvanna The Band, Sean Cullen and the infamous Dark Shows. The Drowsy Chaperone premiered at the Rivoli and went on to subsequent productions and eventually a highly successful run on Broadway.

Club Fandango is a live music promotions company based in Highbury, London, England. It was started in 2001, by Simon Williams and Andy MacLeod. The former runs Fierce Panda records, the latter the Pointy Records label. Williams and MacLeod had previously promoted nights such as Club Spangle!, NME "On" nights, Club Pointy and Club Panda.

Heaven is a famous super club in Charing Cross, London, England. It has a long association with London's LGBT scene and is home to long-running gay night G-A-Y.

Waterfront are a 1980s Welsh pop duo, comprising Phil Cilia and Chris Duffy, who emerged from the ashes of local Cardiff band The Official Secrets. The band met their manager, John Newman, when recording demos at his recording studio, Music Factory, in Cardiff. John remained with them as personal manager throughout their successful years.

Earls Court 1975 were five concerts performed by the English rock band Led Zeppelin at Earls Court Arena in London in May 1975. 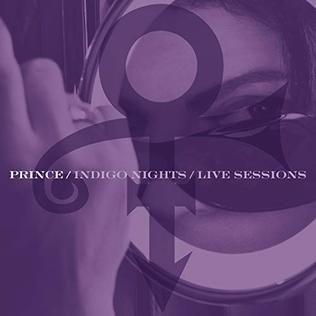 Indigo Nights is a live album by Prince, mainly comprising songs played live during some of the aftershows at the indigO2 night club in London in 2007. It contains nine live versions of previously released Prince songs, four cover songs, one new song and a monologue. The CD was only sold coupled with the 21 Nights coffee table book which was released on September 30, 2008. The book reached number 9 on The New York Times best selling Hardcover Nonfiction titles.

The Troubadour at 263–267 Old Brompton Road in Earls Court, established in 1954, is one of the last remaining coffee houses of its era in London and although it has expanded over the years to incorporate the two buildings either side the original, the original coffee house remains relatively unchanged since its opening, with the cellar venue renowned as one of the primary venues of the British folk revival in the late 1950s and 1960s. Other notable coffee house venues of the time which hosted musicians of note included Les Cousins and Bunjies, both of which have since closed leaving the Troubadour as one of the last venues where it is still possible to experience something close to what it was like.