It was made as a quota film at Elstree Studios. [1] The production company Crusade Films had a contract to supply films for release by the British subsidiary of Paramount Pictures. The film's sets were designed by the art director Andrew Mazzei.

An Irishman tries to save his ancestral home through the fortunes of a racehorse. 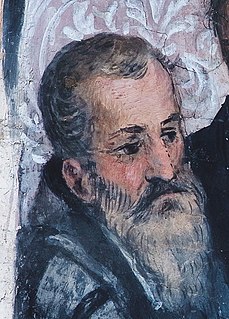 Hugh O'Neill, was an Irish Gaelic lord, Earl of Tyrone and was later created The Ó Néill Mór, Chief of the Name. O'Neill's career was played out against the background of the Tudor conquest of Ireland, and he is best known for leading a coalition of Irish clans during the Nine Years' War, the strongest threat to the House of Tudor in Ireland since the uprising of Silken Thomas against King Henry VIII.

Shane O'Neill, was an Irish chieftain of the O'Neill dynasty of Ulster in the mid-16th century. Shane O'Neill's career was marked by his ambition to be the O'Neill—sovereign of the dominant O'Neill family of Tír Eoghain—and thus overlord of the entire province. This brought him into conflict with competing branches of the O'Neill family and with the English government in Ireland, who recognised a rival claim. Shane's support was considered worth gaining by the English even during the lifetime of his father Conn O'Neill, 1st Earl of Tyrone. But rejecting overtures from Thomas Radclyffe, 3rd Earl of Sussex, the lord deputy from 1556, Shane refused to help the English against the Scottish settlers on the coast of Antrim, allying himself for a short time instead with the MacDonnells, the most powerful of these settlers, Shane viewed the Scottish settlers as invaders, but decided to stay his hand against them with hopes of using them to strengthen his position with the English; however, tensions quickly boiled over and he declared war on the Scottish MacDonnell's defeating them at the Battle of Glentaisie despite the MacDonnells calling for reinforcements from Scotland. The Scottish MacDonnells would later assassinate Shane O'Neill and collect the bounty on his head.

This article concerns the Gaelic nobility of Ireland from ancient to modern times. It only partly overlaps with Chiefs of the Name because it excludes Scotland and other discussion. It is one of three groups of Irish nobility, the others being those nobles descended from the Hiberno-Normans and those granted titles of nobility in the Peerage of Ireland.

During the Tudor conquest of Ireland (c.1540–1603), "surrender and regrant" was the legal mechanism by which Irish clans were to be converted from a power structure rooted in clan and kin loyalties, to a late-feudal system under the English legal system. The policy was an attempt to incorporate the clan chiefs into the English-controlled Kingdom of Ireland, and to guarantee their property under English common law, as distinct from the traditional Irish Brehon law system. This strategy was the primary non-violent method for Crown officials in the Dublin Castle administration to subjugate Irish clan leaders during the conquest. 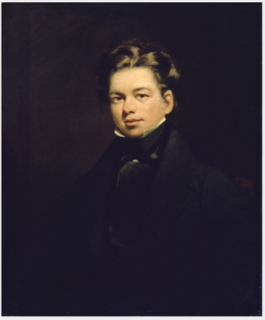 The O'Neill dynasty is a lineage of Irish Gaelic origin, that held prominent positions and titles in Ireland and elsewhere. As Kings of Cenél nEógain, they were historically the most prominent family of the Northern Uí Néill, along with the O'Donnell dynasty. The O'Neills hold that their ancestors were kings of Ailech during the Early Middle Ages, as descendants of Niall of the Nine Hostages.

Events from the year 1585 in Ireland.

McCaul, also spelt MacCawell is an Irish surname, derived from the Gaelic Mac Cathmhaoil, meaning the "son of Cathmhaol", descendant of being implied. The name Cathmhaoil itself is derived from cath mhaol meaning "battle chief". The Mac Cathmhaoil were the leading family of Cenél Fearadhaigh, of the Uí Néill, and were based around Clogher in modern-day County Tyrone, Northern Ireland. They were one of the seven powerful septs that supported the O'Neills. Mac Cathmhaoil is now rare in Ulster as it has been Anglicised under various different forms such as, Campbell, McCawl, Caulfield, McCall, Alwell, Callwell, McCowell, McCuill, Howell, MacHall, and McQuade.

Flame in the Heather is a 1935 British historical drama film directed by Donovan Pedelty and starring Gwenllian Gill, Barry Clifton and Bruce Seton. It was made as a quota quickie at British and Dominions Elstree Studios. Much of the film was shot on location around Fort William. It was fairly unusual as a low-budget quota film to be set in the past, as most films tended to have contemporary settings.

Irish and Proud of It is a 1936 British-Irish comedy film directed by Donovan Pedelty and starring Richard Hayward, Dinah Sheridan and Liam Gaffney. In the film, a popular London-based Irish singer announces one evening how much he would love to go home to his home village in rural Ireland. For a prank, some of his friends take him up on this offer. He is kidnapped and deposited on a wild moor. He returns to the village of his youth, slightly disorientated, and battles an American gangster who has taken control of the settlement.

Events from the year 1554 in Ireland.

Donovan Pedelty (1903–1989) was a British journalist, screenwriter and film director.

School for Stars is a 1935 British romance film directed by Donovan Pedelty and starring Fred Conyngham, Jean Gillie and Torin Thatcher. It was made at British and Dominions Elstree Studios as a quota quickie.

First Night is a 1937 British drama film directed by Donovan Pedelty and starring Jack Livesey, Rani Waller and Sunday Wilshin. It was made at Wembley Studios as a quota quickie.

Bedtime Story is a 1938 British comedy drama film directed by Donovan Pedelty and starring Jack Livesey, Lesley Wareing and Eliot Makeham. It was made as a quota quickie at Cricklewood Studios.

Cath Sruthair was an aggression by the Ui Briuin against a branch of the Conmaicne in 766 AD. The battle site was probably Shrule in County Mayo.

The Conmhaícne Ceara or Conmaicne Cúile Ceara were an early people of Ireland. Their tuath comprised some or all of the barony of Carra, County Mayo.