Starting in 1896, the Theatrical Syndicate was an organisation that in the United States that controlled the majority of bookings in the country's leading theatrical attractions. The six-man group was in charge of theatres and bookings.

Charles Frohman, Al Hayman, A. L. Erlanger, Marc Klaw, Samuel F. Nirdlinger, and Frederick Zimmerman met for lunch at the Holland House in New York City in the early months of 1896. All of them were theatrical managers or booking agents with national influence. Frohman and Hayman owned theatres in New York and the surrounding area, Erlanger and Klaw worked as booking agents for practically all of the big theatres in the South, and Nirdlinger and Zimmerman ran theatres in Ohio. Frohman also controlled a chain of movie theatres that stretched all the way to the West Coast. The men talked on the state of American theatre over lunch. The Theatrical Syndicate had effectively been created by these men. They believed that in order for the Syndicate to flourish, it needed to establish a monopoly. The men had united all of the theatres they owned or represented into a national network within weeks of their lunch meeting, marking the commencement of the Theatrical Syndicate.

Theatre companies in America thrived through touring in the late nineteenth and early twentieth century. The Syndicate just required key theatres between the big touring cities to gain control of the situation. The Syndicate did not require control of the city's theatres. It just had to keep track of theatres on the highways leading into the city. Because to Nixon and Zimmerman's influence, Philadelphia was the first city completely taken over by the Syndicate.

The Syndicate started out with 33 first-class theatres. Frohman, Klaw, and Erlanger became the organization's booking agents. Company managers were no longer negotiating with individual theatre managers to plan their tours. Instead, they had to go through the Syndicate, who orchestrated their tour.

In other circles, the Syndicate was praised. The establishment of the Syndicate is described by Daniel Frohman, Charles Frohman's brother. "They determined that its only economic hope was in a centralization of booking interests, and they acted promptly on this decision," he says, after addressing the developing turmoil in the theatre sector. Those who praised the Syndicate claimed that by standardizing bookings, they had rescued theatre. Routing of road-based enterprises was regarded as chaotic prior to the founding of the Syndicate. Due to fierce competition, smaller travel companies found themselves in debt. Klaw, who acted as spokesman for the Syndicate, was quoted as saying, "The Theatrical Syndicate has brought order out of chaos, legitimate profit out of ruinous rivalry." [1]

The Shubert brothers, Sam, Lee, and J.J., were the only true threat to the Syndicate. Sam Shubert was regarded as the "chief" of their empire during its early phases. Sam was in charge of theatres in Utica, Rochester, Syracuse, New York City, and Troy by the age of twenty-one. He acquired several more during the next five years, all around the country. His holdings were only surpassed by Syndicate at this point. Sam, on the other hand, was killed in a railroad accident in 1905. His brothers formed a temporary working deal with the Syndicate after his death. The Shuberts were strong enough to go toe-to-toe with the Syndicate after three years of securing their holdings. The Shuberts began by operating in a similar fashion to the Syndicate. They interacted with theatre managers and were able to book the manager for a year's tour, but anything longer proved unprofitable. The Shubert brothers then shifted their strategy. They gave up on the idea of purchasing theatres. Rather, they concentrated on gathering actors. The Syndicate did not have enough players or plays to fill all of their theatres during the 1908-09 season. The Shubert brothers took advantage of this by following the Syndicate to specific cities and conducting similar but higher-quality work there.

Several well-known performers and playwrights switched from the Syndicate to the Shuberts in early 1910. The Shubert brothers' campaign inspired smaller independent theatres to stand up to the Syndicate, and by April, the New England area had declared complete independence from the Syndicate. The National Theatre Owners Association was founded in May of that year by 1,200 small town theatre owners. This act contributed to the Syndicate's loss of control over American theatre. 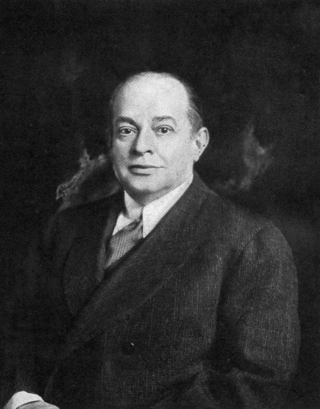 Charles Frohman was an American theater manager and producer, who discovered and promoted many stars of the American stage. Notably, he produced Peter Pan, both in London and the US, the latter production starring Maude Adams who would be strongly identified with the part. 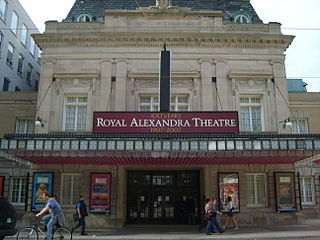 The Royal Alexandra Theatre, commonly known as the Royal Alex, is a theatre in Toronto, Ontario, Canada, located near King and Simcoe Street. Built in 1907, the 1,244-seat Royal Alex is the oldest continuously operating legitimate theatre in North America.

The Shubert family was responsible for the establishment of the Broadway district, in New York City, as the hub of the theater industry in the United States. They dominated the legitimate theater and vaudeville in the first half of the 20th century, promoting entertainment attuned to the popular taste.

Jacob J. Shubert was an American theatre owner/operator and producer and a member of the famous theatrical Shubert family.

Marc Klaw, was an American lawyer, theatrical producer, theater owner, and a leading figure of the Theatrical Syndicate.

Abraham Lincoln Erlanger was an American theatrical producer, director, designer, theater owner, and a leading figure of the Theatrical Syndicate.

The Frohman brothers were American theatre owners, including on Broadway, and theatrical producers who also owned and operated motion picture production companies. 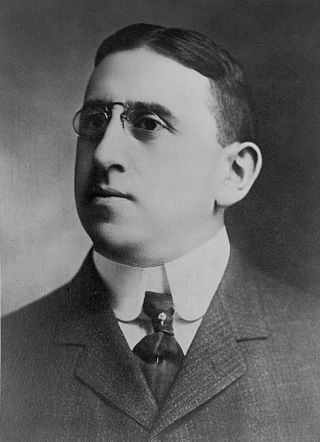 Martin Beck was a vaudeville theatre owner and manager, and theatrical booking agent, who founded the Orpheum Circuit, and built the Palace and Martin Beck Theatres in New York City's Broadway Theatre District. He was a booking agent for, and became a close personal friend of the prominent magician, Harry Houdini.

Al Hayman, also known as Raphael Hayman, was the business partner of the better-known Charles Frohman who together with others established the Theatrical Syndicate. In addition to the financial backing, ownership and construction of new theaters and the early monopolisation of the booking networks, the Syndicate also produced a number of Broadway shows.

The Merle Reskin Theatre is a performing arts venue located in the Loop community area of Chicago, Illinois. Originally named the Blackstone Theatre it was built in 1910. Renamed the Merle Reskin Theatre in 1992, it is now part of DePaul University, and is also used for events and performances of other groups. It serves as the home of the Chicago Playworks for Families and Young Audiences series produced by The Theatre School of DePaul.

John Cort was an American impresario; his Cort Circuit was one of the first national theater circuits. Along with John Considine and Alexander Pantages, Cort was one of the Seattle-based entrepreneurs who parlayed their success in the years following the Klondike Gold Rush into an impact on America's national theater scene. While Considine and Pantages focused mainly on vaudeville, Cort focused on legitimate theater. At one time, he owned more legitimate theaters than anyone else in the United States, and he eventually became part of the New York theatrical establishment. His Cort Theatre remains a fixture of Broadway.

The 1919 Actors' Equity Association strike officially spanned from August 7, 1919, to September 6, 1919. In the late 19th and early 20th centuries, the theatre industry was revolutionized by powerful management groups that monopolized and centralized the industry. These groups created harsh working conditions for the actors. On May 26, 1913, actors decided to unionize, and they formed the Actors' Equity Association. After many failed attempts to negotiate with the producers and managers for fair treatment and a standard contract, Equity declared a strike against the Producing Managers' Association on August 7, 1919. During the strike, the actors walked out of theaters, held parades in the streets, and performed benefit shows. Equity received support from the theatrical community, the public, and the American Federation of Labor, and on September 6, 1919, the actors won the strike. The producers signed a contract with the AEA that contained nearly all of Equity's demands. The strike was important because it expanded the definition of labor and altered perceptions about what types of careers could organize. The strike also encouraged other groups within the theatre industry to organize. 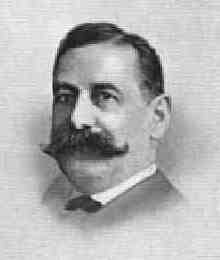 John Frederick Zimmerman Sr. (1843–1925) was an American theatre magnate. He was one of the members of the Theatrical Syndicate, which monopolized theatrical bookings in the United States for several years.

Samuel F. Nixon, born Samuel Frederic Nirdlinger was an American theater owner. He was known as one of the organizers of the Theatrical Syndicate, which monopolized theatrical bookings in the United States for several years.

The Vaudeville Managers Association (VMA) was a cartel of managers of American vaudeville theaters established in 1900, dominated by the Boston-based Keith-Albee chain. Soon afterwards the Western Vaudeville Managers Association (WVMA) was formed as a cartel of theater owners in Chicago and the west, dominated by the Orpheum Circuit. Although rivals, the two organizations collaborated in booking acts and dealing with the performers' union, the White Rats. By 1913 Edward Franklin Albee II had effective control over both the VMA and WVMA. In the 1920s vaudeville went into decline, unable to compete with film. In 1927 the Keith-Albee and Orpheum chains merged. The next year they became part of RKO Pictures.

The Bastable Theatre was a theatre in Syracuse, New York, from 1893 to 1923, when it burnt down. Sam S. Shubert began his theatre management at the Bastable. He and his brothers established The Shubert Organization, which became a major theatre owner. During Shubert's early years of management, he competed with the city's Wieting Opera House, which was controlled by The Theatrical Syndicate. The Bastable itself hosted a number of touring companies in the city and became known for hosting stock companies and melodramas. The State Tower Building was constructed on the site of the theatre after it burnt down.