Thomas A. Stewart (born 1948 [1] ) is the Executive Director of the National Center for the Middle Market (NCMM) at the Fisher College of Business at The Ohio State University. [2] He joined the NCMM after a stint as Chief Marketing and Knowledge Officer of management consulting firm Booz & Company. [3] Prior to joining Booz & Company, he was the editor and managing director of Harvard Business Review (HBR) from 2002-2008. [4] Prior to joining HBR, he was editorial director of Business 2.0 and a member of the Board of Editors of Fortune magazine .

In a series of Fortune articles, Thomas Stewart pioneered the field of intellectual capital, which led to his 1997 book, Intellectual Capital: The New Wealth of Organizations. His second book, Wealth of Knowledge: Intellectual Capital and the Twenty-first Century Organization, reveals how today’s companies are applying the concept of intellectual capital in their operations to increase success in the marketplace. In 2016, he published "Woo, Wow, and Win: Service Design, Strategy, and the Art of Customer Delight", [5] co-authored with Patrica O'Connell . Stewart is a member of the Advisory Council of the Information and Knowledge Strategy [6] master's degree program at Columbia University. He is also a fellow of the World Economic Forum.

In 2005, the European Foundation for Management Development named him seventeenth on its “Thinkers 50” list of the 50 most influential management thinkers. He is the recipient of a number of awards, including the Gay and Lesbian Alliance Against Defamation Media Award in 2002, the Champion of Workplace Learning and Performance Award from the American Society for Training and Development in 1999, and the Blue Chip Newsroom Award of best business journalists from the Journal of Financial Reporting in 1993.

Knowledge management (KM) is the process of creating, sharing, using and managing the knowledge and information of an organization. It refers to a multidisciplinary approach to achieve organisational objectives by making the best use of knowledge.

Michael Eugene Porter is an American academic known for his theories on economics, business strategy, and social causes. He is the Bishop William Lawrence University Professor at Harvard Business School, and he was one of the founders of the consulting firm The Monitor Group and FSG, a social impact consultancy. He is credited for creating Porter's five forces analysis, which is instrumental in business strategy development today.

Booz Allen Hamilton Holding Corporation is the parent of Booz Allen Hamilton Inc., an American management and information technology consulting firm, headquartered in McLean, Virginia, in Greater Washington, D.C., with 80 other offices around the globe. The company's stated core business is to provide consulting, analysis and engineering services to public and private sector organizations and nonprofits. 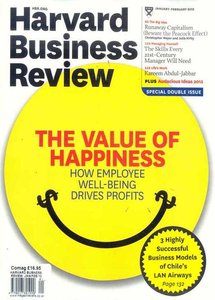 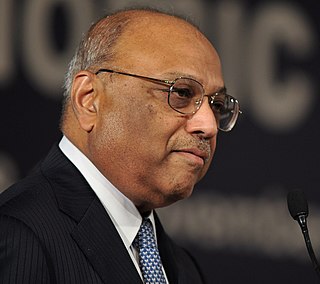 Coimbatore Krishnarao Prahalad was a corporate and social strategist, educator and author. He was the Paul and Ruth McCracken Distinguished University Professor of Corporate Strategy at the University of Michigan Stephen M. Ross School of Business.

Thomas Hayes "Tom" Davenport, Jr. is an American academic and author specializing in analytics, business process innovation, knowledge management, and artificial intelligence. He is currently the President’s Distinguished Professor in Information Technology and Management at Babson College, a Fellow of the MIT Initiative on the Digital Economy, Co-founder of the International Institute for Analytics, and a Senior Advisor to Deloitte Analytics.

Vijay Govindarajan, popularly known as VG, is the Coxe Distinguished Professor at Dartmouth College's Tuck School of Business and Marvin Bower Fellow, 2015–16 at Harvard Business School. He is a Faculty Partner in the Silicon Valley Incubator Mach 49. He worked as General Electric's innovation consultant and professor in residence from 2008–10. He is a New York Times and Wall Street Journal best-selling author and a two-time winner of the McKinsey Award for the best article published in Harvard Business Review. VG was inducted into the Thinkers 50 Hall of Fame in 2019 for his life-long work dedicated to the field of management, strategy, and innovation. VG received Thinkers 50 Distinguished Achievement Awards in two different categories: Breakthrough Idea Award in 2011 and Innovation Award in 2019.

A knowledge market is a mechanism for distributing knowledge resources. There are two views on knowledge and how knowledge markets can function. One view uses a legal construct of intellectual property to make knowledge a typical scarce resource, so the traditional commodity market mechanism can be applied directly to distribute it. An alternative model is based on treating knowledge as a public good and hence encouraging free sharing of knowledge. This is often referred to as attention economy. Currently there is no consensus among researchers on relative merits of these two approaches. 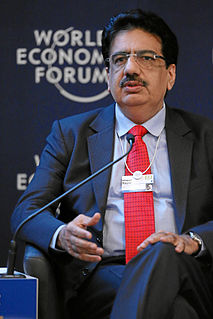 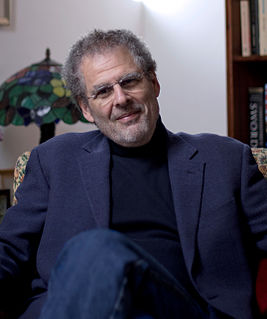 Bernard Avishai is an Adjunct Professor of Business at Hebrew University of Jerusalem. He lives in Jerusalem and the United States. He has taught at Duke University, the Massachusetts Institute of Technology (MIT), and Dartmouth College, and was director of the Zell Entrepreneurship Program at the Interdisciplinary Center Herzliya in Israel. From 1998 to 2001 he was International Director of Intellectual Capital at KPMG LLP. Before this he headed product development at Monitor Group, with which he is still associated. From 1986 to 1991 he was technology editor of Harvard Business Review. A Guggenheim Fellow, Avishai holds a doctorate in political economy from the University of Toronto. Before turning to management, he covered the Middle East as a journalist. He has written many articles and commentaries for The New Yorker, The New York Review of Books, Harvard Business Review, Harper's Magazine and other publications. He is the author of three books on Israel, including the widely read The Tragedy of Zionism, and the 2008 The Hebrew Republic.

Jeffrey Pfeffer is an American business theorist and the Thomas D. Dee II Professor of Organizational Behavior at the Graduate School of Business, Stanford University, and is considered one of today's most influential management thinkers.

Jon R. Katzenbach is a published author and consultant who is best known for his work on the informal organization.

Amitava Chattopadhyay is The GlaxoSmithKline Chaired Professor in Corporate Innovation — Professor of Marketing at INSEAD, Fellow of the Institute on Asian Consumer Insights, and Senior Fellow at the Ernst & Young Institute for Emerging Market Studies.

Sangeet Paul Choudary is a business scholar, entrepreneur, advisor and author. He is best known for his work on platform economics and network effects. He is the co-author of the book Platform Revolution: How Networked Markets Are Transforming the Economy and How to Make Them Work for You.

The National Center for the Middle Market (NCMM) is a research center located at The Ohio State University Fisher College of Business. The center conducts research about and for middle market companies. The center focuses its efforts on research, outreach, events, student programs, and policy to spread awareness of the middle market, which is defined as businesses with revenues from $10 million to $1 billion.

Nikos Mourkogiannis is a business consultant, lawyer and writer. He is Member of the Board of the Stelios Philanthropic Foundation and Honorary Visiting Professor of Practice at Cass Business School. He is known as the author of the book "Purpose: The Starting Point of Great Companies", which is taught in universities and is considered an important asset for all businesses. It is a book about leadership and business strategy, in which there is a full analysis of the four primary business purposes: Discovery, Helping, Achievement, and Heroism. During his presidency of the Greek National Opera, the application of a restructuring program and the reorganization of GNO's financial situation, saved the organization's operation, leading to its continuous progress until today with great success.