Sullivan worked as financial editor for both KFBK and for KCRA-TV from 1980 to 2007. In 2007, Sullivan left Sacramento to host a show on the Fox Business Network. His radio show became nationally syndicated by Fox News Radio. [2] 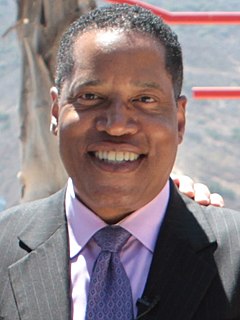 Laurence Allen Elder is an American conservative talk radio host, author, politician, and attorney who hosts The Larry Elder Show, based in California. The show began as a local program on Los Angeles radio station KABC in 1993 and ran until 2008, followed by a second run on KABC from 2010 to 2014. The show is nationally syndicated, first through ABC Radio Networks from 2002 to 2007 and then Salem Media Group since 2015.

Premiere Networks is an American radio network. It is the largest syndication company in the United States. Founded independently in 1987, it is now a wholly owned subsidiary of iHeartMedia and is headed by Julie Talbott, who serves as president.

WBIN is a commercial AM radio station licensed to Atlanta, Georgia. It is owned by iHeartMedia, through its subsidiary iHM Licenses, LLC. It serves the Atlanta metropolitan area as its affiliate for the Black Information Network. The station's studios and offices located at the Peachtree Palisades Building in the Brookwood Hills district. The transmitter site is off Joseph E. Boone Boulevard Northwest in the Center Hill neighborhood of Atlanta.

KKSF is a commercial radio station licensed to Oakland, California. The station is owned by iHeartMedia and serves the San Francisco-Oakland-San Jose media market. It operates as the Bay Area affiliate for the Black Information Network. The transmitter and twin tower array are located on Point Isabel in Richmond, on San Francisco Bay. KDIA utilizes one of KKSF's two towers during the day. KKSF operates at 20,000 watts during the day and 5,000 watts at night, using a directional antenna at all times. Because radio waves travel farther at night, KKSF must reduce its power after sunset to protect other stations on AM 910. KKSF's studios are located in San Francisco's SoMa district.

KTXL is a television station in Sacramento, California, United States, affiliated with the Fox network. The station is owned by Nexstar Media Group, and maintains studios on Fruitridge Road near the Oak Park district on the southern side of Sacramento; its transmitter is located in Walnut Grove, California.

Dean Edell is an American physician and broadcaster who hosted the Dr. Dean Edell radio program, a syndicated radio talk show which aired live from 1979 until December 10, 2010. He was also nationally syndicated in television as a medical news reporter and host of his own television shows including NBC's Dr. Dean.

Geoff Metcalf is an American author, writer, and columnist. He was a nationally syndicated radio talk show host based in Washington, D.C. He was the Editor of CalNews.com. Currently, Metcalf is a broadcasting consultant, and author. 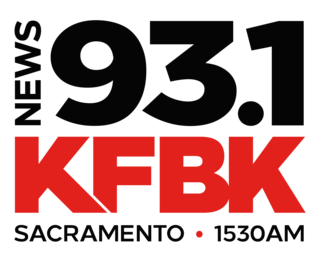 KFBK is a commercial radio station in Sacramento, California. It is simulcast on KFBK-FM 93.1 MHz. KFBK-AM-FM air a news-talk radio format and are owned by iHeartMedia, Inc. The studios and offices are on River Park Drive in North Sacramento, near the Arden Fair Mall.

WGOW-FM is a commercial FM radio station licensed to Soddy-Daisy, Tennessee, and serving the Chattanooga metropolitan area. It is owned by Cumulus Media, and broadcasts a talk radio format. Cumulus also owns WGOW 1150 AM, which simulcasts some shows shared with 102.3 WGOW-FM, but has its own talk schedule most of the day. The radio studios and offices are on Pineville Drive in Chattanooga.

Fox News Radio is an American radio network owned by Fox News. It is syndicated to over 500 AM and FM radio stations across the United States. It also supplies programming for three channels on Sirius XM Satellite Radio.

KSTE is a commercial radio station broadcasting a talk radio format. Licensed to Rancho Cordova, California, the station serves the Sacramento metropolitan area. The station is owned by iHeartMedia and features shows from Westwood One and Premiere Networks, a subsidiary of iHeartMedia. The studios and offices are in North Sacramento near the Arden Fair Mall.

KFBK-FM is a commercial radio station licensed to Pollock Pines, California and serving the Sacramento metropolitan area. It simulcasts KFBK 1530 kHz. KFBK-AM-FM air a news-talk radio format and are owned by iHeartMedia. The studios and offices are on River Park Drive in North Sacramento, near the Arden Fair Mall. 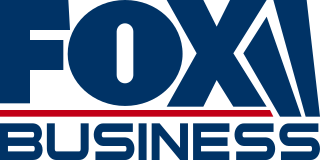 Fox Business is an American business news channel and website publication owned by the Fox News Media division of Fox Corporation. The channel broadcasts primarily from studios at 1211 Avenue of the Americas in Midtown Manhattan. Launched on October 15, 2007, the network features trading day coverage and a nightly lineup of opinion-based talk shows. 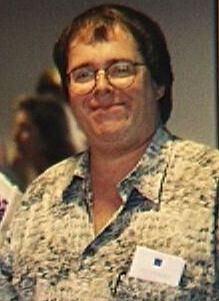 Thomas Joseph Leykis is an American talk radio personality best known for hosting The Tom Leykis Show from 1994 to 2009, and April 2012 to 2018. The show follows the hot talk format, which brought Leykis much success, particularly in the Southern California radio market. Due to the provocative nature of the show, Leykis has often been described as a shock jock. The show's best-known feature is "Leykis 101", in which he claims to teach men how to get women while spending the least amount of time, money, and effort.

Leslie Marshall is a liberal radio talk host, hosting since 1988, and a commentator on national television since 2001. Leslie became the youngest person ever to be nationally syndicated on radio when she replaced Tom Snyder on the ABC Satellite Radio Network in 1992. She was also the first woman to host an issues-oriented program nationwide.

Laura Ingle is a correspondent for Fox News.