Thomas Edward Plint (1823–1861) was a British stockbroker and important Pre-Raphaelite art collector who commissioned and owned several notable paintings. [1] In 1839, with his friend Charles Reed, he started and edited a magazine called The Leeds Repository.

A religious evangelical, Plint served as a lay preacher at Leeds Congregational Chapel. In 1852, he commissioned Ford Madox Brown to complete Work , a celebration of the protestant work ethic. [1] He demanded changes to the composition, notably the inclusion of a distributor of evangelical tracts, but died before its completion [2]

He was at one time owner of The Black Brunswicker , which he purchased from Ernest Gambart. [3] Other paintings in his collection included Millais's Christ in the House of His Parents . [1] 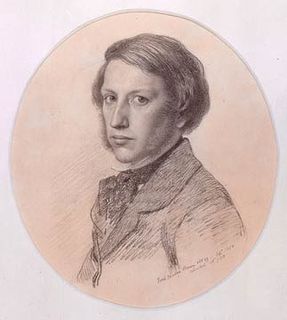 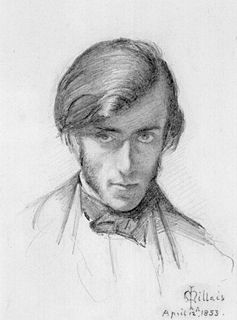 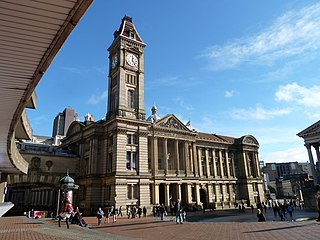 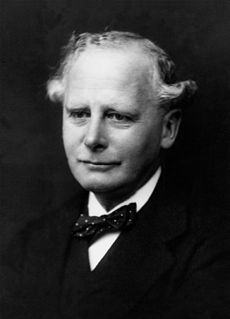 The Last of England is an 1855 oil-on-panel painting by Ford Madox Brown depicting two emigrants leaving England to start a new life in Australia with their baby. The painting has an oval format and is in the Birmingham Museum and Art Gallery.

Work (1852–1865) is a painting by Ford Madox Brown that is generally considered to be his most important achievement. It exists in two versions. The painting attempts to portray, both literally and analytically, the totality of the Victorian social system and the transition from a rural to an urban economy. Brown began the painting in 1852 and completed it in 1865, when he set up a special exhibition to show it along with several of his other works. He wrote a detailed catalogue explaining the significance of the picture.

Sir Culling Eardley Eardley, 3rd Baronet was a British Christian campaigner for religious freedom and for the Protestant cause, one of the founders of the Evangelical Alliance.

Francis Hueffer was a German-English writer on music, music critic, and librettist.

(Edward) Alfred Briscoe Drury was an English architectural sculptor and figure in the New Sculpture movement. Drury is best represented at the Victoria and Albert Museum, where he contributed the figure of Prince Albert immediately above the main entrance, nine lunettes with Drury's characteristic allegorical girls each bearing a portion of the museum's motto, allegorical figures of Inspiration and Knowledge, and Queen Victoria above it all, carrying a staff and flanked by a knight and angel.

James Sharples was an English blacksmith and self-taught artist and engraver. He is best known for his work The Forge, which he painted and then engraved in his spare time. 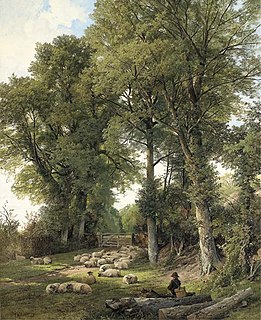 Frederick William Hulme was an English landscape painter and illustrator. 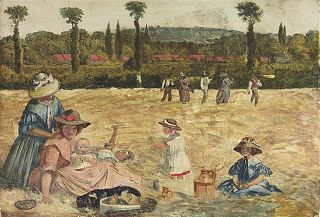 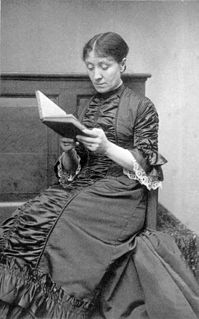 Georgiana Burne-Jones, Lady Burne-Jones was a painter and engraver, and the second oldest of the Macdonald sisters. She was married to Pre-Raphaelite Brotherhood artist Edward Burne-Jones, and was also the mother of painter Philip Burne-Jones, aunt of novelist Rudyard Kipling, confidante and friend of George Eliot, William Morris, and John Ruskin. She was a Trustee of the South London Gallery and was elected to the parish Council of Rottingdean, near Brighton in Sussex. 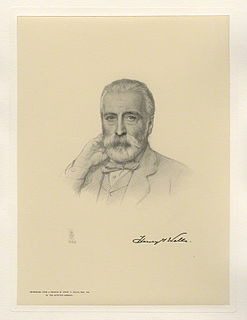 Henry Tanworth Wells was an English miniature and portrait painter. He was a member of the Pre-Raphaelite circle though he painted in the academic style.

Lucy Madox Brown Rossetti was a British artist, author and model associated with the Pre-Raphaelites. She was married to the writer and art critic William Michael Rossetti.