Rattigan earned a BS at Boston College in 1960 and an MBA at Harvard Business School in 1962.[ citation needed ] He joined PepsiCo in 1970 where he rose to the position of CEO of PepsiCo International in 1982.

In 1985 Commodore, an early producer of home computers, hired Rattigan as COO intending to prepare him to become CEO (competitor Apple Computer had hired Pepsi president John Sculley in 1983).

In 1986 Rattigan took over as CEO from Marshall F. Smith. He continued the downsizing his predecessor had initiated, cut unprofitable product lines and initiated the development of two more models of Commodore's flagship Amiga 1000 computer. [1]

Despite turning the company from a US$237 million three-quarter loss to a $22 million profit in one quarter, Rattigan was fired by major shareholder Irving Gould, who temporarily took over as CEO. Rattigan sued Commodore for $9 million of lost income, due to the breach of contract. [2]

In 1991 Rattigan was appointed by the court as CEO of G. Heileman Brewing Co. He steered the company through bankruptcy and left in 1994, pocketing almost $20 million in severance pay. "You can't say he did a terrible job with Heileman. But he certainly didn't turn it around", PaineWebber analyst Goldman told the Wall Street Journal in 1996. [3]

In 1996 and 1997 Rattigan headed financier Carl Icahn's slate for the RJR Nabisco board, netting him $2 million in salary. [4] 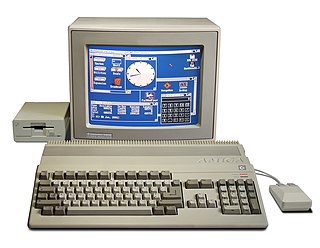 The Amiga is a family of personal computers introduced by Commodore in 1985. The original model is one of a number of computers with 16- or 32-bit processors, 256 KB or more of RAM, mouse-based GUIs, and significantly improved graphics and audio compared to previous 8-bit systems. This includes the Atari ST – released earlier the same year – as well as the Macintosh and Acorn Archimedes. Based on the Motorola 68000 microprocessor, the Amiga differs from its contemporaries through the inclusion of custom hardware to accelerate graphics and sound, including sprites and a blitter, and a pre-emptive multitasking operating system called AmigaOS.

Commodore International was an American home computer and electronics manufacturer founded by Jack Tramiel. Commodore International (CI), along with its subsidiary Commodore Business Machines (CBM), was a significant participant in the development of the home personal computer industry in the 1970s, 1980s and early 1990s. The company developed and marketed the world's best-selling desktop computer, the Commodore 64 (1982), and released its Amiga computer line in July 1985. With quarterly sales ending 1983 of $49 million, Commodore was one of the world's largest personal computer manufacturers. 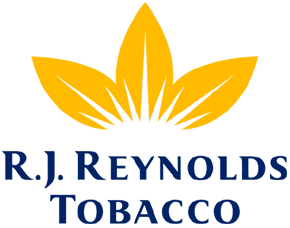 The R. J. Reynolds Tobacco Company (RJR) is an American tobacco manufacturing company based in Winston-Salem, North Carolina, and headquartered at the RJR Plaza Building. Founded by R. J. Reynolds in 1875, it is the second-largest tobacco company in the U.S.. The company is a wholly owned subsidiary of Reynolds American, after merging with the U.S. operations of British American Tobacco in 2004. 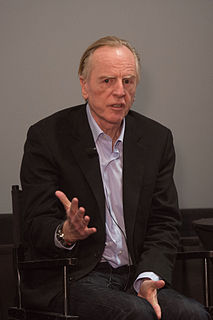 Carl Celian Icahn is an American activist shareholder. He is the founder and controlling shareholder of Icahn Enterprises, a public company and diversified conglomerate holding company based in New York City. Icahn takes large stakes in companies that he believes will appreciate via changes to corporate policy and he then pressures management to make changes that he believes will benefit shareholders. He was one of the first activist shareholders and is credited with making that investment strategy mainstream for hedge funds.

RJR Nabisco, Inc., was an American conglomerate, selling tobacco and food products, headquartered in the Calyon Building in Midtown Manhattan, New York City. RJR Nabisco stopped operating as a single entity in 1999; however, both RJR and Nabisco still exist. 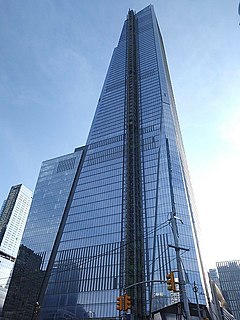 KKR & Co. Inc. is an American global investment company that manages multiple alternative asset classes, including private equity, energy, infrastructure, real estate, credit, and, through its strategic partners, hedge funds. The firm has completed more than 280 private equity investments in portfolio companies with approximately $545 billion of total enterprise value as of June 30, 2017. As of September 30, 2017, Assets Under Management ("AUM") and Fee Paying Assets Under Management ("FPAUM") were $153 billion and $114 billion, respectively.

Frederick Ross Johnson, OC was a Canadian businessman, best known as the chief executive officer of RJR Nabisco in the 1980s.

Bennett S. LeBow is an American businessman and philanthropist. He is the current chairman of the board of Vector Group.

Indra Nooyi is an Indian-American business executive and former chairperson and chief executive officer (CEO) of PepsiCo. In 2017, her final year at PepsiCo, her pay was $31 million.

Karl von der Heyden is a German-American businessman best known for his former roles as the Co-Chairman and CEO of RJR Nabisco, and CFO of PepsiCo. 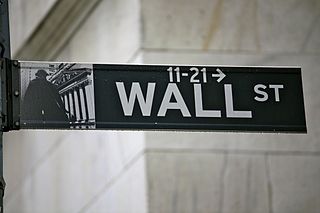 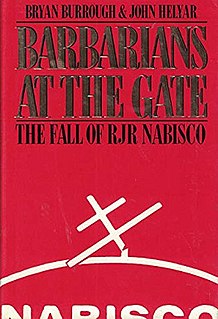 John Helyar is an American journalist and author. He is a graduate of Boston University. He is married to The Wall Street Journal’s Betsy Morris. Helyar has worked for The Wall Street Journal, Fortune magazine, ESPN.com, ESPN The Magazine and Bloomberg News. He is the author of the 1994 book, Lords of the Realm: The Real History of Baseball.