Thomas Francis Reilly [1] (born February 14,1942) is an American attorney and politician who served as the 45th Massachusetts Attorney General. He was born in Springfield,Massachusetts to Irish immigrant parents.

He was one of three candidates who sought the Democratic nomination for governor of Massachusetts in the 2006 election. Former U.S. Assistant Attorney General Deval Patrick won the party's nomination and the general election,defeating Reilly and businessman Chris Gabrieli.

A native of Springfield,Massachusetts,he described himself as a "misguided youth" the year his father,Mortimer "Murty" Reilly,was found dead at home from a heart attack when Reilly was 16. He was arrested for public drunkenness when he was 20. [2] By age 22,he was focused with driving ambition,much to the credit of his friend Wayne Budd's father,an ex-Marine turned policeman in Springfield who took him under his wing and encouraged him to go to school.

Reilly attended Cathedral High School in Springfield,Massachusetts. He graduated in 1959. After graduating high school,he went off to college in Nova Scotia at St. Francis Xavier University. He stayed there only a year,transferring to American International College in Springfield,Massachusetts,where he graduated on June 7,1964. He received a Bachelor of Arts in Economics.

In July 1966,Reilly married Ruth Gammons (b. 1941),now a retired schoolteacher. The couple have three children.

He moved to Washington,D.C. and worked for two years with the Central Intelligence Agency. For one year,Reilly lived in Dearborn,Michigan,where he worked with the Ford Motor Company as a Labor Relations Representative until 1967. He attended Boston College Law School and received his JD in June 1970.

Reilly worked for two years as a prosecutor in the state Attorney General's civil rights division. He worked for four years as a Suffolk County prosecutor. In 1976,Reilly and Budd formed "Budd and Reilly",a Boston-based law firm. The firm became the largest minority-dominated firm in New England.

From 1978 to 1985 he served on the Watertown Licensing Board in Watertown,Massachusetts. [3]

He ran for attorney general in 1998 against state Senator Lois Pines and won the Democratic Primary. He defeated Republican Brad Bailey in the November election.

In the winter of 2001–02,he conducted a "very public investigation" into the sale of the Boston Red Sox to a group led by John W. Henry. Reilly made "negative comments about the process,Major League Baseball's involvement in the sale,and threatened to block the transaction. Eventually the Red Sox limited partners,the Henry/Werner group,and Reilly negotiated a settlement,in which Reilly agreed to allow the sale to proceed,the Henry/Werner group agreed to create their own charitable foundation,and the Red Sox limited partners agreed to give $10 million more to the Yawkey Foundation." [4] The existence of "higher bids from Charles F. Dolan ($750 million),chairman of Cablevision,and a group headed by Miles Prentice ($755 million)" were the apparent pretext for Reilly's involvement,as the winning bid from Henry's group only totalled $660 million. [5]

On November 30,2005 he said that he was conducting an investigation of Sony BMG over their use of the XCP Digital Rights Management DRM on Sony audio CDs.

In January 2006,he came under fire for allegedly impeding an investigation into an October 2005 automobile crash which left two Southborough,Massachusetts teens dead,and another teen injured. [6]

He has come under fire from gun rights advocates for allegedly abusing his regulatory authority for political purposes. [7]

On January 24,2006,Reilly officially kicked off his first gubernatorial campaign in Springfield at his alma mater American International College. He finished third in the primary on September 19,2006. His opponent,Deval Patrick,went on to win the general election.

He served as President and later a member of the board of directors of the Watertown Boys &Girls Club. [3] He now serves as special counsel with the law firm of Hunton Andrews Kurth. [3]

In 2018 he was handpicked by the Massachusetts State Police to lead an investigation into a car crash that occurred on August 24,2017 in Reading,Massachusetts. [8]

The 2006 Massachusetts gubernatorial election was held on November 7,2006. The incumbent Republican governor,Mitt Romney,chose not to seek a second term. The election was won by the Democratic former United States Assistant Attorney General Deval Patrick,who became the second African-American governor in the United States since Reconstruction and the first Democratic governor of Massachusetts since Michael Dukakis left office in 1991.

Hill &Barlow was a law firm in Boston,Massachusetts that was dissolved in 2002. Founded in 1895,the firm had been one of the city's oldest and most elite firms,and was also the 12th largest in Boston at the time of its dissolution,employing 138 lawyers. The firm was founded by Arthur Hill,known for defending the anarchists Sacco and Vanzetti. Hill &Barlow was dissolved when approximately one third of the firm,mostly the real estate group,left,eventually joining Piper Rudnick in 2003. Remaining attorneys reported feeling "blindsided" by the unexpected upheaval,but those departing felt that the planned restructuring was coming too late.

Wayne Budd is senior counsel at Goodwin Procter,in the firm's Litigation Department,where he specializes in advising clients on business and commercial litigation matters. Past senior executive vice president and general counsel,U.S.,of John Hancock Financial Services,Inc.,a division of Manulife Financial. He was responsible for directing all of the company's legal activities as well as overseeing the compliance,human resources,governmental affairs and community relations functions for the Company.

Deval Laurdine Patrick is an American politician,civil rights lawyer,author,and businessman who served as the 71st governor of Massachusetts from 2007 to 2015. He was first elected in 2006,succeeding Mitt Romney,who chose not to run for reelection to focus on his 2008 presidential campaign. He was reelected in 2010. He was the first African American Governor of Massachusetts and the first Democratic Governor of the state in 16 years since Michael Dukakis left office in 1991. Patrick served from 1994 to 1997 as the United States Assistant Attorney General for the Civil Rights Division under President Bill Clinton. He was briefly a candidate for President of the United States in the 2020 U.S. presidential election.

Timothy Patrick Murray is an American lawyer and member of the Democratic Party who served as the 71st Lieutenant Governor of Massachusetts from 2007 to 2013,when he resigned to become the head of the Worcester Chamber of Commerce. Murray had previously served as a member of Worcester City Council from 1998 to 2007 and as the Mayor of Worcester from 2002 to 2007.

Marie P. St. Fleur is a Haitian American politician and lawyer. former Massachusetts State Representative who represented the Fifth Suffolk district from 1999-2011. Her district consisted of parts of the Boston neighborhoods Dorchester and Roxbury. She is the first Haitian-American to hold public office in Massachusetts. Representative St. Fleur was one of the most active supporters of John Kerry's presidential bid,often traveling to Florida to do outreach on his behalf. Representative St. Fleur was appointed Vice-Chair of the powerful Ways and Means Committee by House Speaker Salvatore DiMasi,a leadership position that has tremendous influence in the budget process. On January 30,2006 Thomas F. Reilly,candidate for the Democratic nomination for governor,selected St. Fleur as his running mate. Candidates for governor and lieutenant governor run separately through the primary,then are joined as a single ticket for the election. The following day she withdrew after The Boston Globe reported that she was delinquent in tax debts and owed over $40,000 in student loans. 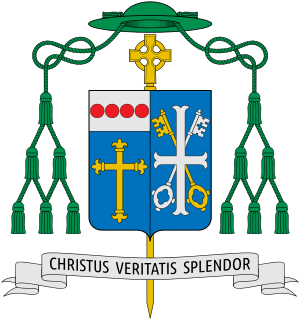 Margot Botsford is an American lawyer and jurist from Massachusetts. She was appointed by Governor Deval Patrick in 2007 to serve as an associate justice of the Massachusetts Supreme Judicial Court.

Juan Manuel "Jay" Gonzalez is an American politician who served as Secretary of Administration and Finance of Massachusetts under Governor Deval Patrick from 2009 to 2013. A member of the Democratic Party,he was the nominee for Governor of Massachusetts in 2018.

Greg Bialecki is an American attorney and government figure who served as Massachusetts Secretary of Housing and Economic Development under Governor Deval Patrick from 2009 to 2015. Prior to serving as secretary,Bialecki was Undersecretary of Business Development and spent twenty years as a real estate and environmental attorney at the law firms Hill &Barlow and DLA Piper.

Christopher Nicholas Speranzo is an American lawyer and politician from Massachusetts.

Thomas H. Trimarco is an American politician and lawyer who served as Massachusetts Secretary of Administration and Finance from 2005 to 2007. He is currently a senior vice president in the government relations division at O’Neill and Associates.

Domenic J. Sarno is the current mayor of Springfield,Massachusetts. First elected in 2007,Sarno has won re-election three times since and is a member of the Democratic Party. Winning election to a fourth term in 2019,he is the longest-serving mayor in Springfield's history.

The 1946 Massachusetts general election was held on November 7,1946,throughout Massachusetts. Primary elections took place on September 19.

James Henry Vahey was an American lawyer and politician.

Thomas Joseph O'Connor Jr. was an American politician who served as mayor of Springfield,Massachusetts.