Thomas was born to Henry and Hannah Richard in Trefin, Pembrokeshire. His brother, Ebenezer Richard, was also a Methodist preacher. He married Bridget Gwyn of Maenorowen in 1819, niece to the second wife of David Jones of Llan-gan, also a famous Methodist. Richard pursued a farming life after marriage before retiring to Fishguard in 1825 until his death. He is buried at Maenorowen.

As a youth, Thomas Richard joined the religious society at Tre-fin. He began preaching in 1803 and developed a reputation across Wales for his powerful sermons. In 1814, he was ordained at the Association in Llangeitho. His sermons were published by Edward Matthews 1866-7.

Howell Harris was one of the main leaders of the Welsh Methodist revival in the 18th century, along with Daniel Rowland and William Williams Pantycelyn.

Daniel Rowland served as an Evangelist and early on as an Anglican curate. He was one of the foremost figures in the Welsh Calvinistic Methodist revival, along with Howell Harris and William Williams. For 55 years Daniel Rowland was one of the leading evangelists in Wales. 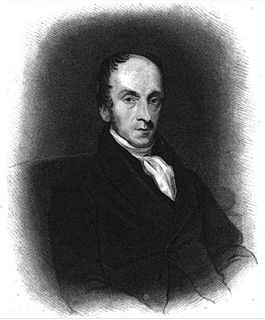 Richard Watson (1781–1833) was a British Methodist theologian who was one of the most important figures in 19th century Methodism.

John Elias was a Christian preacher in Wales in the first half of the 19th century, as part of the Welsh Methodist revival. His preaching was noted as being exceptionally powerful, "as if talking fire down from heaven". On one occasion it is said he preached to a crowd of 10,000 people. He was a strict High-Calvinist who believed in the literal truth of the Bible. At one stage he argued strongly for the doctrine of election. He came to be known as Y Pab Methodistaidd in Welsh because of his forthright views. Despite his wide interests, he was a religious conservative who opposed all forms of political Radicalism as well as the assertion, popular at the time amongst Nonconformists in Wales, that "the voice of the people was the voice of God". 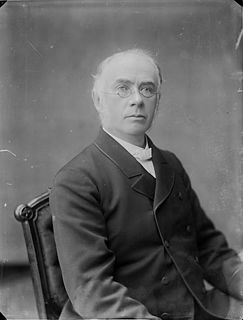 Elijah Hedding was an American bishop of the Methodist Episcopal Church, elected in 1824. 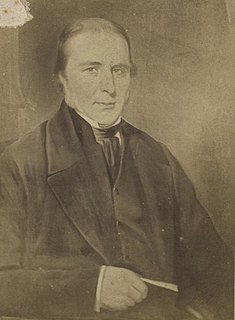 John Jones, Talysarn, was a Welsh Calvinistic Methodist minister, regarded as one of the greatest preachers in the history of Wales. Because the name "John Jones" was one of the most common in Wales at the time, he is usually differentiated by others of the same name by the use of the suffix "Talysarn", denoting the village where he lived.

Richard Owen was a Welsh Calvinistic Methodist minister and preacher. 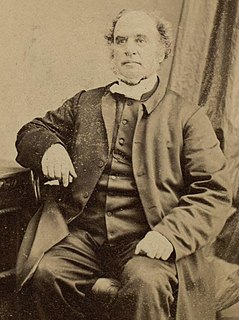 Roger Edwards D.D. was a Welsh Calvinistic Methodist, who later became prominent in Wales as a press editor and publisher. 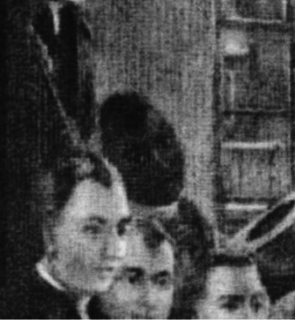 Harry Hosier, better known during his life as "Black Harry", was an African American Methodist preacher during the Second Great Awakening in the early United States. Dr. Benjamin Rush said that, "making allowances for his illiteracy, he was the greatest orator in America". His style was widely influential but he was never formally ordained by the Methodist Episcopal Church or the Rev. Richard Allen's separate African Methodist Episcopal Church in Philadelphia.

William Rowlands (1802–1865), known as Gwylym Lleyn, was a Welsh bibliographer and Methodist minister. 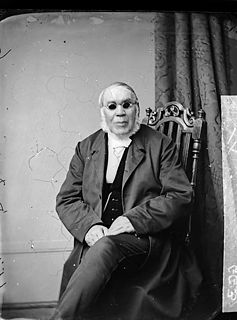 John Bryan was a Welsh Wesleyan Methodist minister. He was born, and lived in Llanfyllin until he was about 12 years of age. He spent a number of the subsequent years living in Shrewsbury, and in other areas of North Wales, before, in 1798 moving to Chester to work as an assistant in Misses Williams' drapery business. Whilst in Chester he initially attended the Welsh Calvinistic Methodist church, but later joined the Methodists at the Octagon, the Wesleyan Methodist chapel. Soon after, he began preaching as local preacher, before, in 1801 becoming an ordained Wesleyan Methodist minister, touring various circuits in Wales until 1815, when he began touring on circuits in England. In 1824 he left the ministry for a period, to run a grocery and tea-merchant business in the Leeds area. The worsening health of his wife influenced his decision to subsequently return to Wales, to continue with his grocery business in the Caernarvon area, and where he again served as a local preacher, until within a few weeks of his death.

Howel Davies was a Welsh Methodist minister. Little is known about his early life, but by 1737 he is known to have been a schoolmaster at Talgarth. There he was converted by Howel Harris, and on his advice went to Llanddowror to study under Griffith Jones. In 1739 he was ordained deacon, and then a priest in 1740. serving initially at the church in Llandilo Abercowin, before moving in 1741 to Llys y Fran, Pembrokeshire. Along with Harris and Jones, he made a major contribution to the spread of Calvinistic Methodism in Pembrokeshire, so much so that he became known as "the Apostle of Pembrokeshire".

Edward Matthews was a Welsh Calvinistic Methodist minister and author.

Edward Parry was a prominent preacher, hymn writer and poet in North Wales during the 18th century.