He grew up in Saskatoon and received his undergraduate degree in Physics from the University of Saskatchewan in 1980. He went on to earn his doctorate in Physics at the University of Alberta in 1984. His expertise is in radiation therapy treatment planning and intensity modulated radiation therapy. He is a primary inventor and algorithm designer of the helical tomotherapy concept. Mackie is a professor in the departments of Medical Physics, Human Oncology, Biomedical Engineering and Engineering Physics at the University of Wisconsin–Madison. He has over 150 peer-reviewed publications, over 15 patents, and has been the supervisor for dozens of Ph.D. students. Mackie is a Fellow of the American Association of Physicists in Medicine and a member at large of that organization’s Science Council. He is also the Vice-Chair of the University of Wisconsin–Madison Calibration Laboratory. Mackie serves as President of the John R. Cameron Medical Physics Foundation, a non-profit organization that supports the UW Medical Physics Department, medical physics in the developing world and high school science scholarships in high schools in the Greater Madison region. Mackie is a member of the board of the Wisconsin Biomedical and Medical Device Association.

Mackie was a founder of Geometrics Corporation (now owned by Philips Medical Systems) which developed the Pinnacle treatment planning system which still operates its Research and Development facility in Madison, Wisconsin. He is also a founder and Chairman of the Board of TomoTherapy, Incorporated, [1] an international company listed on the NASDAQ stock exchange under the symbol TOMO, employing over 700 people based out of Madison, WI, USA.

In 2002, Mackie was one of six Wisconsin regional winners of the Ernst & Young Entrepreneur of the Year awards. [2] Mackie is a member and Vice-Chair of the International Commission on Radiation Units and Measurements (ICRU). [3]

Biomedical engineering (BME) or medical engineering is the application of engineering principles and design concepts to medicine and biology for healthcare purposes. BME is also traditionally known as "bioengineering", but this term has come to also refer to biological engineering. This field seeks to close the gap between engineering and medicine, combining the design and problem-solving skills of engineering with medical biological sciences to advance health care treatment, including diagnosis, monitoring, and therapy. Also included under the scope of a biomedical engineer is the management of current medical equipment in hospitals while adhering to relevant industry standards. This involves making equipment recommendations, procurement, routine testing, and preventive maintenance, a role also known as a Biomedical Equipment Technician (BMET) or as clinical engineering.

Nuclear engineering is the branch of engineering concerned with the application of breaking down atomic nuclei (fission) or of combining atomic nuclei (fusion), or with the application of other sub-atomic processes based on the principles of nuclear physics. In the sub-field of nuclear fission, it particularly includes the design, interaction, and maintenance of systems and components like reactors, power plants, or weaponry. The field also includes the study of medical and other applications of radiation, particularly Ionizing radiation, nuclear safety, heat/thermodynamics transport, nuclear fuel, or other related technology and the problems of nuclear proliferation. This field also includes chemical engineering and electrical engineering.

Medical physics is a profession which deals with the application of the concepts and methods of physics to the prevention, diagnosis and treatment of human diseases with a specific goal of improving human health and well-being. Since 2008, medical physics has been included as a health profession according to International Standard Classification of Occupation of the International Labour Organization. 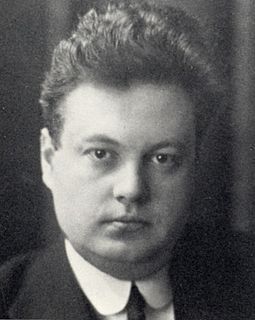 Rolf Maximilian Sievert was a Swedish medical physicist whose major contribution was in the study of the biological effects of ionizing radiation.

Michael John Cudahy is an entrepreneur, business executive and philanthropist. 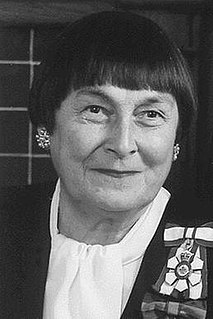 Harold Elford Johns was a Canadian medical physicist, noted for his extensive contributions to the use of ionizing radiation to treat cancer.

John G. Webster is an American electrical engineer and a founding pioneer in the field of biomedical engineering. In 2008, Professor Webster was awarded the University of Wisconsin, College of Engineering, Polygon Engineering Council Outstanding Instructor Award. 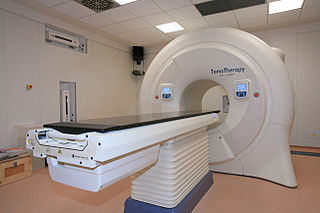 Tomotherapy is a radiation therapy modality, in which the patient is scanned across a modulated strip-beam, so that only one “slice” of the target is exposed at any one time by the linear accelerator (linac) beam. The three components distinctive to this modality are: (1) a collimator pair that defines the length of the strip, (2) a binary multileaf collimator whose leaves open and close during treatment to modulate the strip’s intensity, and (3) a couch that scans the patient across the beam at a fixed speed the during treatment delivery.

The Australasian College of Physical Scientists and Engineers in Medicine (ACPSEM) is a professional organisation for medical physicists, biomedical engineers and allied professionals in Australia and New Zealand. The ACPSEM was first incorporated in 1977 as the Australasian College of Physical Scientists in Medicine. The college was formed from the earlier Australian Regional Group of the Hospital Physicists Association (UK), Biophysics Group of the Australian Institute of Physics and New Zealand Medical Physics and Biomedical Engineering Association. The college was admitted to membership of the International Organization for Medical Physics in 1986.

The Morgridge Institute for Research is a private, nonprofit biomedical research institute in Madison, Wis., affiliated with the University of Wisconsin–Madison. The institute works to improve human health by conducting, enabling and translating interdisciplinary biomedical research. Research in regenerative biology, virology, medical devices and core computational technology is currently underway.

Biomedical sciences are a set of sciences applying portions of natural science or formal science, or both, to develop knowledge, interventions, or technology that are of use in healthcare or public health. Such disciplines as medical microbiology, clinical virology, clinical epidemiology, genetic epidemiology, and biomedical engineering are medical sciences. In explaining physiological mechanisms operating in pathological processes, however, pathophysiology can be regarded as basic science.

Professor Minesh P Mehta, MD, FASTRO, is an American radiation oncologist and physician-scientist of Indian origin, Ugandan birth, Zambian Schooling and American Training, who contributed to the field of oncology for more than two and half decades.

Richard R. Pieper, Sr., is an American entrepreneur and philanthropist. He is currently Chairman Emeritus for PPC Partners, Inc. headquartered in Milwaukee, Wisconsin.

Ravi V. Bellamkonda is a biomedical engineer and Vinik Dean of Engineering at Duke University.