Thomas M. Schoewe (born 1952) was the chief financial officer and executive vice president of Wal-Mart Stores, Inc. until January 2011. [1] He was with the company since taking his positions in January 2000. Prior to joining Wal-Mart he was with Black and Decker where he held the same positions of CFO and executive vice president from 1993 to 1999. He attended Loyola University Chicago where he graduated with a Bachelor of Business Administration degree in finance. He served on the board of directors at General Motors.

The chief financial officer (CFO) is the officer of a company that has primary responsibility for managing the company's finances, including financial planning, management of financial risks, record-keeping, and financial reporting. In some sectors, the CFO is also responsible for analysis of data. Some CFOs have the title CFOO for chief financial and operating officer. In the United Kingdom, the typical term for a CFO is finance director (FD). The CFO typically reports to the chief executive officer (CEO) and the board of directors and may additionally have a seat on the board. The CFO supervises the finance unit and is the chief financial spokesperson for the organization. The CFO directly assists the chief operating officer (COO) on all strategic and tactical matters relating to budget management, cost–benefit analysis, forecasting needs, and securing of new funding.

Loyola University Chicago is a private Catholic research university in Chicago, Illinois. Founded in 1870 by the Jesuits, Loyola is one of the largest Catholic universities in the United States. Loyola's professional schools include programs in medicine, nursing, and health sciences anchored by the Loyola University Medical Center.

The Bachelor of Business Administration is a bachelor's degree in business administration.

In August 2005, Schoewe served a prison sentence after being convicted of driving his red Corvette 110 miles per hour at 1:30 a.m. on January 1, 2005. There were reports that at the time of the incident Mr. Schoewe was under the influence of alcohol. Wal-Mart spokeswoman Mona Williams commented on the incident, stating, "We all know it was a foolish thing to do. He learned from it, and as far as we're concerned it is behind us." 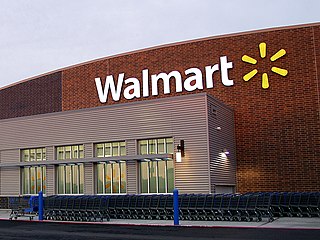 Walmart Inc. is an American multinational retail corporation that operates a chain of hypermarkets, discount department stores, and grocery stores, headquartered in Bentonville, Arkansas. The company was founded by Sam Walton in 1962 and incorporated on October 31, 1969. It also owns and operates Sam's Club retail warehouses. As of July 31, 2019, Walmart has 11,389 stores and clubs in 27 countries, operating under 55 different names. The company operates under the name Walmart in the United States and Canada, as Walmart de México y Centroamérica in Mexico and Central America, as Asda in the United Kingdom, as the Seiyu Group in Japan, and as Best Price in India. It has wholly owned operations in Argentina, Chile, Canada, and South Africa. Since August 2018, Walmart only holds a minority stake in Walmart Brasil, which was renamed Grupo Big in August 2019, with 20 percent of the company's shares, and private equity firm Advent International holding 80 percent ownership of the company.

Samuel Moore Walton was an American businessman and entrepreneur best known for founding the retailers Walmart and Sam's Club. Wal-Mart Stores Inc. grew to be the world's largest corporation by revenue as well as the biggest private employer in the world. For a period of time Mr. Walton was the richest man in America.

Samuel Robson "Rob" Walton is an heir to the fortune of Walmart, the world's largest retailer. He is the eldest son of Helen Walton and Sam Walton. He served as Chairman of Walmart from 1992 to 2015. As of March 2019, Walton had a net worth of $45.4 billion, making him the 18th richest person in the world.

Michael Terry "Mike" Duke is an American businessman. He served as the fourth chief executive officer of Walmart from 2009 to 2013.

Harold Lee Scott Jr. is an American businessman who served as the third chief executive officer of Wal-Mart Stores, Inc., from January 2000 to January 2009. Scott joined Walmart in 1979 and under his leadership, the company retained its position as the largest retailer in the world based on revenue, although the company faced growing criticism during his tenure for its environmental footprint, labor practices, and economic impact. Scott has been a board member of Walmart since 1999, and served as chairman of the executive committee of the retailer's board of directors. 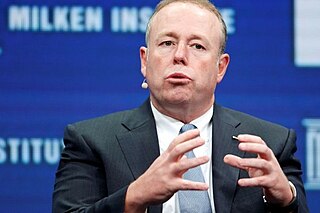 B. Kevin Turner is an American businessman known for his executive roles at Walmart, Microsoft, Citadel LLC and Core Scientific. He is currently the President and CEO of Core Scientific, the Vice Chairman of Albertsons/Safeway and a member of the Board of Directors at Nordstrom. Turner was previously the Vice Chairman of Citadel LLC and the Chief Executive Officer of Citadel Securities. From 2005 to 2016, he was the Chief Operating Officer of Microsoft. As COO, Turner was responsible for Microsoft's worldwide sales, field marketing and services organization of 51,000 employees in more than 190 countries. Prior to joining Microsoft, Turner spent nearly two decades at Walmart where he worked his way up from a cashier to Chief Information Officer and later President and CEO of the Walmart-owned retailer, Sam's Club.

Thomas Martin Coughlin was an American businessman who served as vice chairman of Wal-Mart Stores, Inc. and confidante of founder Sam Walton.

Richard D. Nanula was appointed chief financial officer of Amgen Inc. (biotechnology) in August 2001 and served as executive vice president starting May 2001. He resigned in 2007 amid an SEC inquiry as to why company executives did not immediately disclose negative findings from drug trials. Nanula has also worked with Boeing and Miramax.

Gregg Hammann is an American businessman who was the president of the Nautilus Corporation from 2003–2007 and a vice president of The Coca-Cola Company from 1996 to 2000.

Stein Mart is an American discount men and women's department store chain based in Jacksonville, Florida. The company reported a profit of $25.6 million in 2013 with operation of 260 stores in 29 states. Stein Mart has locations primarily in the Southeast, Texas and California. Stein Mart stores carry recent trends in clothing for both men and women. Additionally, home décor, accessories, and shoes are all available at discounted prices.

Eduardo Castro-Wright is the former Vice Chairman and CEO of the Walmart’s Global eCommerce and Global Sourcing businesses, he retired on July 1, 2012. Castro-Wright previously served as the President and CEO of Wal-Mart Stores USA, the United States division of the world's third largest corporation by revenue according to the 2008 Fortune 500.

William S. Simon was President and Chief Executive Officer of Walmart U.S. and Executive Vice-President of Wal-Mart Stores, Inc. from June 29, 2010 to August 8, 2014.

Soderquist Leadership, initially named The Soderquist Center for Leadership and Ethics, was founded in 1998 by the retired chief operating officer and senior vice chairman of Walmart Stores, Inc., Don Soderquist. It is a 501(c)3 non-profit organization under the umbrella of John Brown University, a private, interdenominational, Christian liberal arts college in Siloam Springs, in the U.S. state of Arkansas. 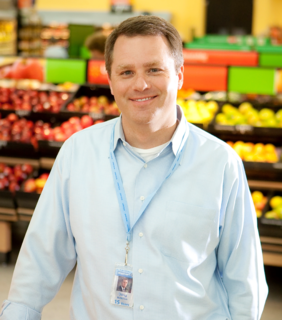 Carl Douglas McMillon is an American businessman, and the president and chief executive officer (CEO) of Walmart Inc. He sits on the retailer's board of directors. Having first joined the company as a summer associate in high school, he became the company's fifth CEO in 2014. He previously led the company's Sam's Club division, from 2005 to 2009, and Walmart International, from 2009 to 2013.

David Cheesewright is the former president and chief executive officer (CEO) of Walmart International, a division of Wal-Mart Stores, Inc..

Christopher J. McGurk, became the chairman and chief executive officer of Cinedigm Digital Cinema in January 2011. He serves as director of Cookie Jar Entertainment Holdings, the Foundation of Motion Picture Pioneers; the American Cinematheque board of directors; and the Entertainment Industries Council board of trustees. McGurk received the H.E.L.P. Group's “Spirit of Hope Award” in 2002, and its “Leader of Vision“ award in 2003. 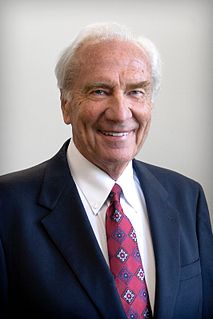 Donald G. Soderquist was an American businessman known for his work as chief operating officer and senior vice chairman of Wal-Mart Stores Inc.