Thomas (Tom) Smith (born 17 May 1958) is an Australian finance academic. He has been ranked as the number one finance academic in Australia and New Zealand by both the Journal of Financial Literature and the Pacific Basin Finance Journal .

He completed his PhD studies at Stanford Graduate School of Business, after undergraduate and postgraduate studies at the University of Queensland — Bachelor of Commerce (Honours), 1980; Masters in Financial Management, 1982 — where he was the recipient of numerous academic and merit awards.

Roger G. Ibbotson is Professor in the Practice Emeritus of Finance at the Yale School of Management. He is also chairman of Zebra Capital Management LLC. He has written extensively on capital market returns, cost of capital, and international investment. He is the founder, advisor, and former chairman of Ibbotson Associates, now a Morningstar Company. He has written numerous books and articles including Stocks, Bonds, Bills, and Inflation with Rex Sinquefield, which serves as a standard reference for information and capital market returns.

Maureen Patricia O'Hara is an American financial economist. O'Hara is the Robert W. Purcell Professor of Management, a professor of finance, and Acting Director in Graduate Studies at the Samuel Curtis Johnson Graduate School of Management at Cornell University. She has won numerous awards and grants for her research, served on numerous boards, served as an editor for numerous finance journals, and chaired the dissertations of numerous students. In addition, she is well known as the author of Market Microstructure Theory. She was the first female president of the American Finance Association. She has been awarded honorary doctorates from three European universities. 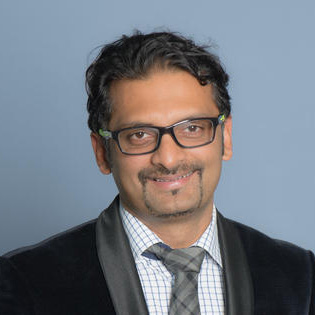 Professor Paresh Kumar Narayan, is an academic of Fiji Indian origin, who was Australia's youngest Professor of Finance and is now the chair of finance at Deakin University in Melbourne.

Sheridan Dean Titman is a professor of finance at the University of Texas at Austin, where he holds the McAllister Centennial Chair in Financial Services at the McCombs School of Business. He received a B.S. degree from the University of Colorado and an M.S. and Ph.D. from Carnegie Mellon University.

The University of Sydney Business School is the business school and a constituent body of the University of Sydney. It was established in January 2011 and formed from the School of Business within the previous Faculty of Economics and Business. The former combined faculty itself descended from the original Faculty of Economics founded in 1920, which was the first faculty of its kind in Australia.

The UNSW Business School at the University of New South Wales is a business school located in Sydney, Australia. The school offers 42 programs, including 26 undergraduate and 26 specialist master's degrees, as well as six MBA and executive programs through the Australian Graduate School of Management.

Anthony Saunders is the John M. Schiff Professor of Finance at New York University Stern School of Business and is currently on the Executive Committee of the Salomon Center of the Study of Financial Institutions. He teaches "Market and Liquidity Risk" in the Risk Management Open Enrollment program for Stern Executive Education. Saunders also teaches for both the Master of Science in Global Finance (MSGF) and Master of Science in Risk Management Program for Executives (MSRM). MSGF is jointly offered by NYU Stern and the Hong Kong University of Science and Technology. MSRM is offered by NYU Stern, in partnership with the Amsterdam Institute of Finance.

Alexander Ljungqvist is a Swedish economist, educator, scholar, writer, and speaker. He is a professor of finance at the Stockholm School of Economics, where he holds the Stefan Persson Family Chair in Entrepreneurial Finance. His areas of expertise include corporate finance, investment banking, initial public offerings, entrepreneurial finance, private equity, venture capital, corporate governance, and asset pricing. Professor Ljungqvist teaches MBA and executive courses in private equity and venture capital and a PhD course in corporate finance.

Raymond J. (Ray) Ball is a researcher and educator in accounting and financial economics. He is the Sidney Davidson Distinguished Service Professor of Accounting in the University of Chicago’s Booth School of Business. He has published foundational research on the economics of financial reporting and financial markets.

Eugene Kandel is an Israeli economist, the CEO of the Start-Up Nation Central, and an Emil Spyer Professor of Economics and Finance at the Hebrew University of Jerusalem.

Griffith Business School is part of Griffith University, located in South-East Queensland. It is a public university with more than 43,000 students from 131 countries.

Henrik Cronqvist is a Swedish academic, researcher, and author. Currently, Cronqvist is a Professor of Finance, Bank of America Scholar, and Vice Dean for Faculty and Research at Miami Herbert Business School, where he conducts interdisciplinary research and teaches finance and management courses at both undergraduate and graduate levels. Previously at the University of Miami, he served as Chair of the Department of Finance and Director of Ph.D. Programs for Miami Herbert Business School.