The Temperance Billiard Hall Co Ltd was a Pendleton, Lancashire company that as part of the wider temperance movement built billiard halls in the north of England and London.

Somerford was initially an assistant to Norman Evans, and later was lead architect in his own right.

Several of these former halls designed by Somerford are now Grade II listed buildings. His 1912-1914 hall at 134-141 King's Road, Chelsea, London is now a Grade II listed building. [1] Somerford's hall at 411-417 Coldharbour Lane, Brixton, London is also still there, but the frontage has been sub-divided into a number of smaller shop units, and the upper storeys are used as a hotel. [2]

Together with fellow architect E A Stone, he designed the Astoria in Brixton, London in 1929 (now the Brixton Academy music venue). [3] 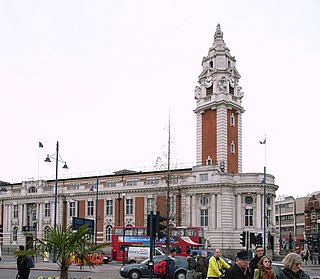 Brixton is a district in the south of London, England, within the London Borough of Lambeth. The area is identified in the London Plan as one of 35 major centres in Greater London. Brixton experienced a rapid rise in population during the 19th century as communications with central London improved.

Tulse Hill is a district in the London Borough of Lambeth in south London that sits on Brockwell Park. It is approximately five miles from Charing Cross and is bordered by Brixton, Dulwich, Herne Hill, Streatham, and West Norwood. 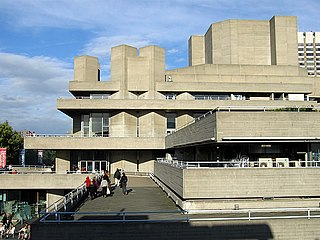 Sir Denys Louis Lasdun, CH, CBE, RA was an eminent English architect, the son of Nathan Lasdun (1879–1920) and Julie. Probably his best known work is the Royal National Theatre, on London's South Bank of the Thames, which is a Grade II* listed building and one of the most notable examples of Brutalist design in the United Kingdom.

Brixton Market comprises a street market in the centre of Brixton, south London, and the adjacent covered market areas in nearby arcades Reliance Arcade, Market Row and Granville Arcade. 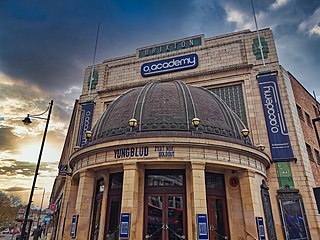 Brixton Academy (originally known as the Astoria Variety Cinema, previously known as Carling Academy Brixton, currently named O2 Academy Brixton as part of a sponsorship deal with the O2 brand) is a mid-sized concert venue located in South London, in the district of Brixton. Opening in 1929 as a cinema, the venue was converted into a discotheque in 1972 then was reborn as a concert hall in 1983. It is owned by the Academy Music Group, and has become one of London's leading music venues, hosting over 50 live albums, and winning the NME Best Venue 12 times since 1994. It has been home to several notable performances, including The Smiths' last gig (December 1986), Leftfield's June 1996 concert which set a decibel record for a live gig at 137db, and Madonna's gig in 2000, which was watched by an online audience of 9 million

David Greig was the supermarket chain founded by the Greig family of Hornsey, north London. With its headquarters at Atlantic Road, Brixton and grocery shops across southern England, it was a rival to the Sainsbury's chain, John and Mary Sainsbury having opened their first grocery shop in Holborn one year earlier. A deep personal rivalry developed between the two families, because of acrimonious feelings about the Greigs' alleged betrayal of a verbal agreement regarding the purchasing of sites for development. 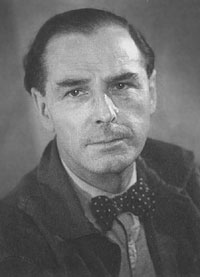 Donald Hanks McMorran RA FRIBA FSA was an English architect who is known today for his sensitive continuation of the neo-Georgian and classical tradition in the period after the Second World War. His buildings include halls of residence at the University of Nottingham, Wood Street Police Station in the City of London, public housing schemes around London, the South Block extension to the Old Bailey and civic buildings in Exeter and Bury St Edmunds.

Loughborough Junction is an area of South London, in the London Borough of Lambeth, which is located equidistant between Brixton, Camberwell, Herne Hill and Dulwich. 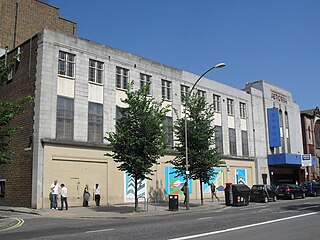 The Astoria Theatre was a former cinema in Brighton, part of the English coastal city of Brighton and Hove. Built in 1933 in the Art Deco style for a local entertainment magnate who opened one of Brighton's first cinemas many years earlier, it was the first and most important expansion of the Astoria brand outside London. It initially struggled against the town's other "super-cinemas", but enjoyed a period of success in the 1950s and 1960s before rapid decline set in, culminating in its closure in 1977. 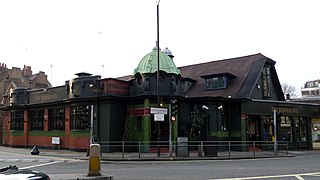 Temperance Billiard Hall Co. Ltd. was a company founded in 1906 in Pendleton, Lancashire, as part of the wider temperance movement, which built billiard halls in the north of England and London.

Norman Evans was a British architect, best known for the dozen and a half temperance movement billiard halls he designed for the Temperance Billiard Hall Co. Ltd.

Black Cultural Archives (BCA) was founded in 1981, by educationalist and historian Len Garrison and others. BCA's mission is to record, preserve and celebrate the history of people of African descent in Britain. The BCA's new building in Brixton, opened in 2014, enables access to the archive collection, provides dedicated learning spaces and mounts a programme of exhibitions and events.

Septimus Warwick (1881-1953) was a British architect who started his career as a designer of town halls in a partnership with H. Austen Hall.

Windrush Square is an open public space in the centre of Brixton, South London, occupying an area in front of the Brixton Tate Library that was originally known as the Brixton Oval, and then Tate Gardens. In 1998, the square was renamed to recognise the important contribution of the African Caribbean community to the area, marking the 50th anniversary of the arrival of the HMT Empire Windrush. It was the Windrush that in 1948 brought to the United Kingdom from Jamaica the first large group of post-war West Indian migrants, who on arrival were temporarily housed less than a mile away from Coldharbour Lane in Brixton.

The Brixton Library is a public library in the London Borough of Lambeth in Brixton, South West London. It was built in the 1890s by the sugar magnate Sir Henry Tate and is a Grade II listed building.

Brixton House is an Off-West End theatre in Brixton in the London Borough of Lambeth, located at 385 Coldharbour Lane, London, SW9 8GL. It is the successor to Ovalhouse at Kennington, and opened in 2022.