Stewart was born in 1925 in Woodford, County Galway, Ireland. [2] He was ordained a priest in 1950 for the Missionary Society of St. Columban, and went to South Korea in 1954. He served as Vicar General in the Chunchon Diocese before being elevated in 1966 to Bishop.[ citation needed ]

For health reasons, Stewart retired in May 1994. He died a few months later in Ireland of a heart attack. [3] 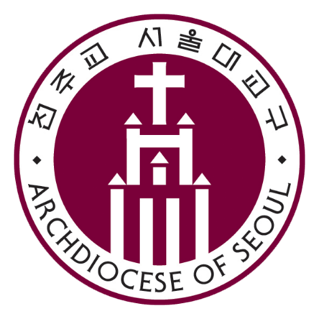 The Diocese of Chunchon is a particular church of the Latin Rite of the Roman Catholic Church in South Korea. A suffragan in the ecclesiastical province of the Metropolitan Archdiocese of Seoul, it has ecclesiastic authority over the administrative province of Gangwon-do. 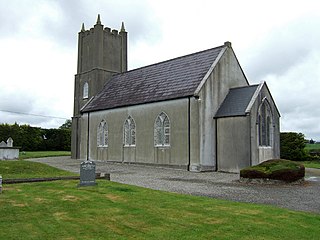 Thomas Jerome Welsh was an American prelate of the Roman Catholic Church. He served as Bishop of Arlington, Virginia (1974–1983) and as Bishop of Allentown, Pennsylvania (1983–1997).

Thomas Anthony Finnegan was the Bishop of Killala, County Mayo, Ireland from 1987–2002. 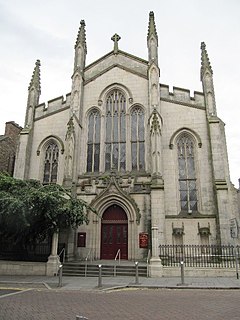 The Roman Catholic Diocese of Dunkeld is one of eight dioceses of the Latin Rite of the Catholic Church in Scotland. On 9 January 2014, Stephen Robson was enthroned as the diocese's ninth bishop.

The Right Reverend John Chang Yik was the Bishop of the Roman Catholic Diocese of Chunchon, South Korea.

Bishop Edward J. Galvin was founder of the Missionary Society of St. Columban and first Bishop of Hanyang, China.

Harold William Henry, S.S.C., 현 하롤드, was an American-born Catholic missionary and bishop. As a member of the Missionary Society of St. Columban he was assigned to missions in South Korea. He served as the Prefect of Kwangju from 1954 to 1957, Vicar Apostolic of Kwangju from 1957 to 1962, the first Archbishop of Gwangju from 1962 to 1971, and as the Apostolic Administrator of Cheju from 1971 to 1976.

Rev. Thomas F. Quinlan S.S.C., D.D. was an Irish born priest, who served as Bishop of the Roman Catholic Diocese of Chunchon in Korea from 1945 until 1966.

Bishop Patrick Cleary SSC, DD was an Irish missionary priest who served as Bishop of the Roman Catholic Diocese of Nancheng, China. An educator, he established a seminary in Nancheng. In 1949, the People's Republic of China was established, which resistant to foreigners and western religion. He continued to run the mission until 1952, when he was imprisoned and then expelled from China. He returned to Ireland where he returned to teaching at St Columban's College seminary.

Fr. Anthony (Tony) Collier, (1913-1950), was an Irish Catholic missionary priest, a member of Missionary Society of St. Columban. He was killed by North Korean forces on 27 June 1950, the first non-Korean killed during the Korean War.