Thomas T. Duffy was a member of the Wisconsin State Assembly.

Duffy was elected to the Assembly in 1869. Previously, he was Treasurer of Benton and a justice of the peace in 1868. He was a Democrat.

Sean Patrick Duffy is an American politician, prosecutor, former sports commentator and reality television personality who is currently a Fox News contributor. A member of the Republican Party, he previously served as the U.S. representative for Wisconsin's 7th congressional district from 2011 to 2019.

Hubert Haskell Peavey was a U.S. Representative from Wisconsin.

The 2010 congressional elections in Wisconsin were held on November 2, 2010 to determine who would represent the state of Wisconsin in the United States House of Representatives. It coincided with the state's senatorial and gubernatorial elections. Representatives were elected for two-year terms; those elected would serve in the 112th Congress from January 2011 until January 2013. Wisconsin has eight seats in the House, apportioned according to the 2000 United States Census.

Thomas P. Tiffany is a businessman and politician serving as the U.S. representative for Wisconsin's 7th congressional district since 2020. A member of the Republican Party, he was elected to the Wisconsin State Assembly in 2011 and the Wisconsin Senate in 2013. Tiffany succeeded Sean Duffy in Congress, winning a special election against Democrat Tricia Zunker.

William J. Duffy was an American lawyer, politician, and judge. He retired in 1992 after 24 years as a Wisconsin Circuit Court Judge in Brown County. Earlier in his career, he represented Brown County in the Wisconsin State Assembly as a Democrat.

Peter Hill Engle was an American lawyer, judge, and Iowa pioneer. He served as the first Speaker of the Legislative Assembly of the Wisconsin Territory after it was established, when it still contained the territory of the future states of Iowa and Minnesota. He later served as a judge of the St. Louis County, Missouri, Court of Common Pleas from 1841 until his death.

Reno W. Trego was a member of the Wisconsin State Assembly.

Sinsinawa Mound College for men (1846-1852) was located in Sinsinawa, Wisconsin. 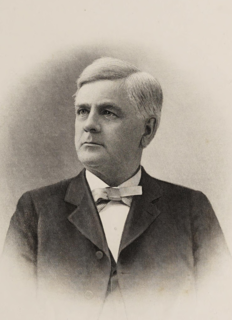 Philo Atwood Orton, Jr., was an American lawyer, politician, judge, and banker. He was a member of the Wisconsin State Assembly and held several local and county offices in Lafayette County, Wisconsin. 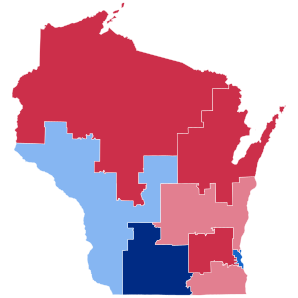 Patrick Testin is an American Republican politician. He is the current President pro tempore of the Wisconsin State Senate and has served in the Senate since 2017. He represents the 24th Senate district, which includes the cities of Stevens Point and Wisconsin Rapids in central Wisconsin.

A special election was held to fill the remainder of the term in the United States House of Representatives for Wisconsin's 7th congressional district in the 116th United States Congress. Sean Duffy, the incumbent representative, announced his resignation effective September 23, 2019, as his wife was about to give birth to a child with a heart condition. Governor Tony Evers chose January 27, 2020, as the date for the special election, with the primaries scheduled for December 30, 2019. However, upon being informed by the Department of Justice of the date being in violation of federal law, since it would provide insufficient time for overseas and military voters to receive ballots, Governor Evers rescheduled the primaries for February 18, 2020, and the general election for May 12, 2020.

Calvin Callahan is an American Republican politician. He serves as a member of the Wisconsin State Assembly, representing the 35th Assembly district. His district comprises Lincoln County, western Langlade County, and neighboring towns in Marathon, Oneida, and Shawano counties, in north-central Wisconsin. He also serves as a member of the Lincoln County Board of Supervisors, first elected in 2018, and a supervisor of the town of Wilson. 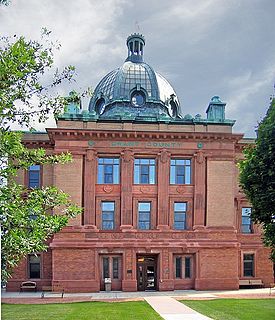 The 49th Assembly District of Wisconsin is one of 99 districts in the Wisconsin State Assembly. Located in southwest Wisconsin, the district comprises all of Grant County, as well as most of the western half of Richland County and a small part of southwest Lafayette County. It includes the cities of Boscobel, Cuba City, Fennimore, Lancaster, and Platteville, and the villages of Benton, Bloomington, Blue River, Boaz, Cassville, Dickeyville, Hazel Green, Livingston, Montfort, Muscoda, Potosi, Woodman, and Yuba, and the part of the village of Viola within Richland County. The district also contains the University of Wisconsin–Platteville campus, Wyalusing State Park, and Nelson Dewey Memorial State Park, and historic landmarks such as the Potosi Brewery and the Grant County Courthouse. The district is represented by Republican Travis Tranel, since January 2011.