Thomas Vincent may refer to:

Growing up he attended the public schools in Port Saint Lucie, starting at Morningside Elementary all the way to Treasure Coast High School. The people in his neighborhood would come out and we would all play sports in the city streets. Thomas' whole life has been nurtured by that city.

Thomas has lived the life of switching between multiple jobs in a short period of time. He started out working as a pizza delivery driver and also tried a retail sales job. Thomas learned a lot about his community while working as a research assistant at the Economic Development Council of St. Lucie County, a job reserved for college graduates with an MBA. As Thomas was attending high school and working at the Economic Development Council, he started my own business called Boosted Gallery. That business was a photography business including himself and three photographers. He was the Founder and CEO. After graduating high school Thomas went on to currently volunteer at the public defender’s office to further involve himself in his city, a position he continues to this day.

As of January 9th, 2020, Thomas kicked off his campaign for Port St. Lucie City Council, District 4.

The Honourable Thomas Edward "Tom" Siddon, is a Canadian politician. 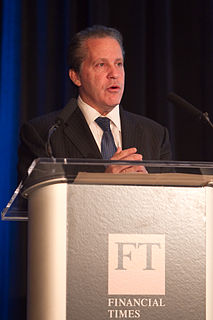 Eugene B. "Gene" Sperling is an American economist, who was Director of the National Economic Council and Assistant to the President for Economic Policy under Presidents Bill Clinton and Barack Obama.

Thomas M. Tunney is an American entrepreneur and politician from Chicago, Illinois. Since 2003, he has served as an alderman on the Chicago City Council. He represents the prominent 44th Ward of the city, which includes major tourist destinations, Boystown and Wrigleyville neighborhoods. Mayor Lori Lightfoot appointed him vice mayor in 2019. 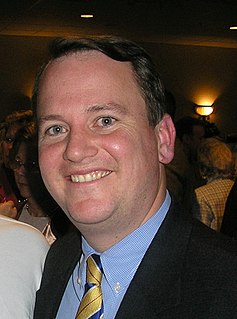 Timothy Patrick "Tim" Murray is an American lawyer and member of the Democratic Party who served as the 71st Lieutenant Governor of Massachusetts from 2007 to 2013, when he resigned to become the head of the Worcester Chamber of Commerce. Murray had previously served as a member of Worcester City Council from 1998 to 2007 and as the Mayor of Worcester from 2002 to 2007.

Teo Ser Luck is a Singaporean politician. A member of the country's governing People's Action Party (PAP), he has served as a Minister of State at both the Ministry of Trade and Industry and Ministry for Manpower and also as the Mayor of the North East District of Singapore. He has been a Member of Parliament (MP) representing the Pasir Ris-Punggol Group Representation Constituency since 2006.

Simon Gerard Kirby, also known as Simon Radford-Kirby, is a British politician. A member of the Conservative Party, he was elected as the Member of Parliament (MP) for Brighton Kemptown in 2010. In 2016, he was appointed Economic Secretary to the Treasury and City Minister. He lost his seat in the 2017 general election.

Philip Tosswill Edmond Woollaston is a former New Zealand Labour Party politician. He was Member of Parliament for Nelson from 1981 to 1990 and Mayor of Nelson from 1992 to 1998.

Vincent Tomasevich-Thomas was a Democratic Party politician from California who represented San Pedro's 68th and 52nd Districts in the California Assembly from 1941-79.

Vincent Makumbi Nyanzi is a Ugandan educator and politician. He is the current State Minister in the Office of the Vice President in the Uganda's Cabinet. He was appointed to this position on 27 May 2011. He replaced James Baba, who was appointed State Minister for Internal Affairs. Prior to that, from 16 February 2009 until 27 May 2011, he served as State Minister for Economic Planning in the Office of the President. He is also the elected Member of Parliament representing "Busujju County", Mityana District.

Jackson Berkey is an American composer, pianist and singer, best known for his work with Mannheim Steamroller, which he co-founded with Chip Davis in 1974.

Thomas E. "Tom" Huntley is a Minnesota politician and former member of the Minnesota House of Representatives. A member of the Minnesota Democratic–Farmer–Labor Party (DFL), he represented District 7A, which includes portions of the city of Duluth in St. Louis County in the northeastern part of the state. He is a retired associate professor of biochemistry and molecular biology at the University of Minnesota Duluth and former director of Institutional Relations at the University's School of Medicine. 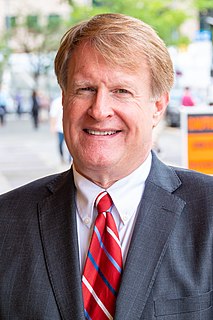 Kevin John Hogan is an Australian politician. He has been a Nationals member of the Australian House of Representatives, representing the Division of Page in New South Wales, since September 2013.

Thomas J. Moran was an American businessman, academic administrator, and humanitarian. At the time of his death, he was Chairman Emeritus of Mutual of America and the incumbent Chancellor of Queen's University Belfast. 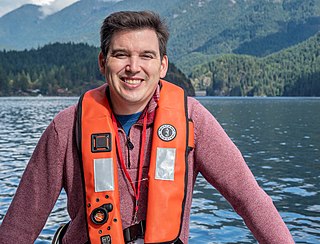 Terry Beech is a Canadian politician who was elected as a Member of Parliament in the House of Commons of Canada to represent the federal electoral district of Burnaby North—Seymour during the 2015 Canadian federal election. 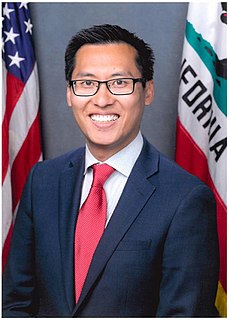 Vincent Karchi Fong is an American politician serving in the California State Assembly. He is a Republican representing the 34th district, encompassing the southern San Joaquin Valley including parts of Kern County and the City of Bakersfield, the southern Sierra Nevada, the northern Mojave Desert and the Tehachapi Mountains. Prior to his election to the Assembly in 2016, Fong served as District Director to Minority Leader and Congressman Kevin McCarthy. Fong was re-elected in 2018.