Thomas Wake may refer to:

Thomas Wake was a pirate from Newport. Active during the Golden Age of Piracy, he is best known for sailing alongside Thomas Tew to join Henry Every in the Indian Ocean, hunting the Moghul treasure fleet. 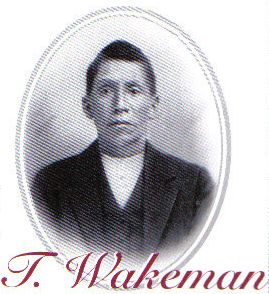 Thomas Wakeman was a Native American who organized the first Sioux Indian YMCA. Over the years, 66 Sioux associations have been founded with over 1000 members. As of 2000, the Sioux YMCAs, under the leadership of a Lakota Board of Directors, operate programs serving families and youth on the 4,500-square-mile (12,000 km2) Cheyenne River Indian Reservation.

Thomas Wakefeld was an English academic, the first Regius Professor of Hebrew at Cambridge University.

Wake is a surname. Notable people with the surname include: 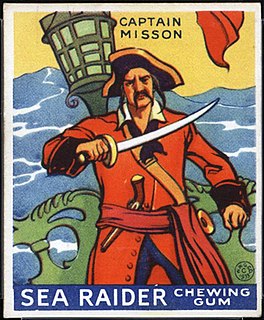 Libertatia was a purported anarchist colony founded in the late 17th century in Madagascar by pirates under the leadership of Captain James Misson. 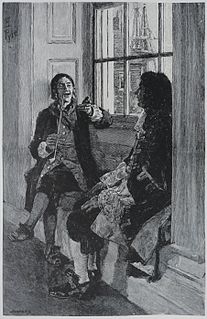 Thomas Tew, also known as the Rhode Island Pirate, was a 17th-century English privateer-turned-pirate. He embarked on two major piratical voyages and met a bloody death on the second journey, and he pioneered the route which became known as the Pirate Round. Many other famous pirates followed in his path, including Henry Every and William Kidd. 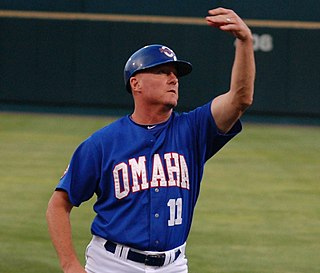 Thomas Cocklyn was an 18th-century English pirate, known primarily for his association and partnership with Howell Davis and Oliver La Buze. He was reportedly elected captain "due to his brutality and ignorance" when first sailing from New Providence in 1717. Though referred to as "Thomas" by most later pirate historians and writers, contemporary trial depositions record his name as Jeremiah.

Adam Baldridge was an English pirate and one of the early founders of the pirate settlements in Madagascar.

A General History of the Robberies and Murders of the most notorious Pyrates is a 1724 book published in Britain containing biographies of contemporary pirates, which was influential in shaping popular conceptions of pirates. Its author uses the name Captain Charles Johnson, generally considered a pseudonym for one of London's writer-publishers. The prime source for the biographies of many well-known pirates, the book gives an almost mythical status to the more colourful characters, and it is likely that the author used considerable licence in his accounts of pirate conversations. The book also contains the name of the pirate flag the Jolly Roger and shows the skull and bones design.

The Pirate Round was a sailing route followed by certain mainly English pirates, during the late 17th century and early 18th century. The course led from the western Atlantic, parallel to the Cape Route around the southern tip of Africa, stopping at Madagascar, then on to targets such as the coast of Yemen and India. The Pirate Round was briefly used again during the early 1720s. Pirates who followed the route are sometimes referred to as Roundsmen. The Pirate Round was largely co-extensive with the routes of the East India Company ships, of Britain and other nations.

The Ganj-i-Sawai was an armed Ghanjah dhow belonging to the Mughal emperor Aurangzeb which, along with her escort Fateh Muhammed, was captured on 7 September 1695 by the English pirate Henry Every en route from present day Mocha, Yemen to Surat, India. 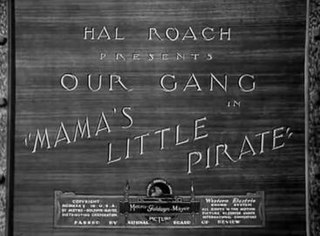 Wiggly Waffle was a television program block introduced on August 24, 2009 on Sprout, which was named PBS Kids Sprout at the time the block first aired. The show started at 6.00am Eastern time each weekday morning. It ran on Sprout until March 22, 2013. 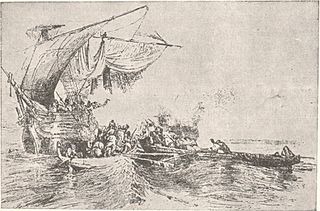 Aegean Sea Anti-Piracy Operations began in 1825 when the United States government dispatched a squadron of ships to suppress Aegean Greek pirates. Due to the Greek civil wars and the decline of the Hellenic Navy, the Aegean quickly became a haven for pirates who sometimes doubled as privateers. American merchant vessels were attacked, so the Mediterranean Squadron began escort and patrol duties. The operations terminated in 1828 as piracy ceased. 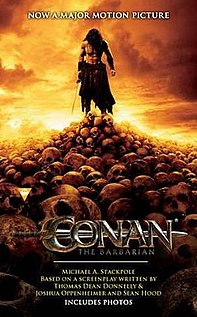 Conan the Barbarian is a fantasy novel written by Michael A. Stackpole featuring Robert E. Howard's seminal sword and sorcery hero of the same name, a novelization of the feature film of the same title. It was first published in paperback by Berkley Books in 2011. An earlier novel of the same title by L. Sprague de Camp, Lin Carter and Catherine Crook de Camp, based on the original film of which the 2011 version was a remake, was published by Bantam Books in 1982. 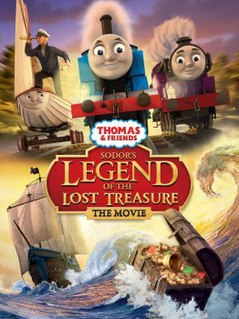 Joseph Faro was a pirate from Newport active during the Golden Age of Piracy, primarily in the Indian Ocean. He is best known for sailing alongside Thomas Tew to join Henry Every’s pirate fleet which captured and looted the fabulously rich Mughal ship Gunsway.

Richard Want was a pirate active in the Indian Ocean. He is best known for sailing alongside Thomas Tew and Henry Every.

John Hoar was a pirate and privateer active in the late 1690s in the Red Sea area.