Thomas Wensing, born 1978 in Cologne (North Rhine-Westphalia) has studied at the University of Cologne and at the Catholic University of Eichstätt-Ingolstadt. [2] He obtained his PhD from the latter institution in 2011. [3]

Besides studies and occupation, Wensing developed skills in writing literary texts. [4] Since the late 1990s, he has been publishing poetry in a couple of anthologies, e.g. in Junge Lyrik, [5] Junge Lyrik II and Junge Lyrik III, a book series published by Martin Werhand Verlag. [6] In 2006, he participated in the visual-poetric project Poesie bewegt of the Bremer Straßenbahn AG under supervision of Joachim Tuz. [7] Together with the two musicians Martin Schmitz and Michael Wurzel, Wensing formed the trio eher selten [8] that performed poetry and music at various occasions in the mid-2000s. [9] Apart from that group, he tried out his texts in several other formats, e.g. in cooperation with the Stadttheater Ingolstadt. [10]

Paul Boldt was one of the poets of German Expressionism.

Mario Ramos is a Spanish-born German actor and poet. 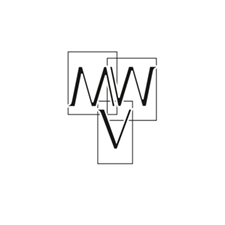 The Martin Werhand Verlag is a German publishing house with a focus on contemporary literature and poetry. More than 25% of the 150 published authors have an immigrant background with parents who were born outside of Germany and have their roots in countries like the Netherlands, Greece, Spain, Croatia, Austria, Italy, Poland, Hungary, Latvia, Iran, Kazakhstan, Romania, Bulgaria, Turkey, Sri Lanka, South Korea, Russia or Uganda. Thus is also a mirror image of the German Society. The Martin Werhand publishing house stands for tolerance, integration and openness. It is located in Rhineland-Palatinate.

Thorsten Libotte is a German writer and poet.

Patric Hemgesberg is a German poet.

Meinolf Finke is a German writer and poet.

Martin Werhand is a German publisher, editor and writer. 1997 he founded the publishing house Martin Werhand Verlag in Melsbach with focus on Fiction. 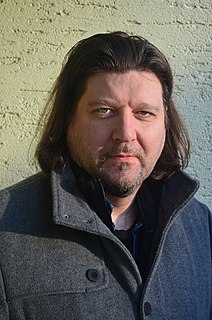 Frank Findeiß is a German poet.

Ann Catrin Apstein-Müller born 13 April 1973 in Gräfelfing) is a German poet and translator. She lives and works in Augsburg.

Thomas Bruns is a German writer and poet.

Vera Ludwig is a German poet.

Renate Freund is a German author of short stories and poetry.

Christian Jahl is a German musician, writer, and songwriter.