Thomas Whitgrave (or Whitgreave) ( fl. 1650s) was the member of parliament for Staffordshire for the First, Second and Third Protectorate parliaments who was knighted by the Lord Protector Oliver Cromwell in 1658. [1] [2] He was also considered as a potential recipient Knight of the Royal Oak, a reward to those Englishmen who faithfully & actively supported Charles II during his exile in France. (The knighthoods conferred by the Lord Protector were not recognised after the Restoration.) [3]

After the defeat at the Battle of Worcester on 3 September 1651, Charles II was conducted by Colonel Gifford to Whiteladies Priory on Gifford's Boscobel estate. At Whiteladies, the King was sheltered by the five Penderell brothers who lived there. John Penderell happened to meet Father Huddleston, who suggested that the King should go to Moseley Old Hall on the night of 7 September. He was welcomed by Thomas Whitgrave (Whitgreave), the owner of the house, Alice Whitgreave, Thomas's mother, and John Huddleston, the Catholic priest of the house. [4] They gave Charles dry clothes, food, and a proper bed (his first since Worcester on 3 September). To guard against surprise, Huddleston was constantly in attendance on the king; his three pupils were stationed as sentinels at upper windows and Thomas Whitgreave patrolled the garden. On 9 September, Parliamentary troops questioned Whitgreave while the King and Huddleston were hiding in the priest hole. The troops were persuaded that Whitgreave had not fought at Worcester (though he had fought and been captured at the Battle of Naseby in 1645). The troops left without searching the house. [5] 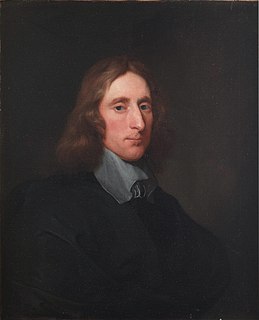 Colonel Thomas Pride was a Parliamentarian commander during the Wars of the Three Kingdoms, best known as one of the regicides of Charles I and as the instigator of Pride's Purge.

Colonel John Hewson (Hughson) was a soldier in the New Model Army and signed the death warrant of King Charles I, making him a regicide. 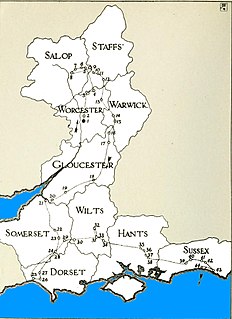 After the final Royalist defeat of the English Civil War against Cromwell's New Model Army at the Battle of Worcester on 3 September 1651, the future Charles II of England was forced to flee, famously avoiding detection by hiding in an oak tree in a wood that was being searched by Parliamentarian soldiers. A £1000 reward was announced for information leading to Charles's capture. Relying on the support of a network of Royalist gentry, Charles first attempted to escape into Wales, then to Bristol disguised as a servant, then to the south coast at Charmouth disguised as an eloping lover. Finally, he rode east to Shoreham from where he took a coal boat to France on 15 October 1651. 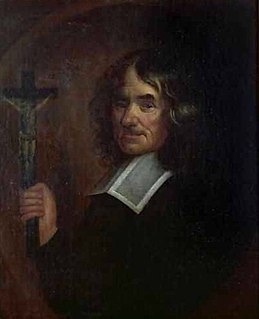 Father John Huddleston was an English Roman Catholic priest, and a monk of the Order of St. Benedict who helped Charles II during his escape and was present when Charles converted to the Catholic faith on his deathbed.

Moseley Old Hall is located in Fordhouses, north of Wolverhampton in the United Kingdom. It is famous as one of the resting places of Charles II of England during his escape to France following defeat at the Battle of Worcester in 1651. It is now a National Trust property.

Elizabeth Cromwell was the wife of Oliver Cromwell, Lord Protector of the Commonwealth of England, Scotland and Ireland; and the mother of Richard Cromwell, the second Lord Protector.

John Claypole was an officer in the Parliamentary army in 1645 during the English Civil War. He was created Lord Claypole by Oliver Cromwell, but this title naturally came to an end with the Restoration of 1660.

Richard Penderel was a Roman Catholic farmer, and a supporter of the Royalist cause during the English Civil War. He assisted with the escape of Charles II after the Battle of Worcester in September 1651.

John Dethick was Lord Mayor of London in 1656 during the Protectorate.

John Copleston was a 17th-century English army officer, a supporter of the Parliamentary cause in the English Civil War and Interregnum (England)

Sir John Reade, 1st Baronet has the unusual distinction of being granted a baronetcy by both Charles I and the Lord Protector Oliver Cromwell.