Williams established his engineering business in Christchurch New Zealand in 1864, aged only 18. He made New Zealand flax machinery and kitchen ranges of which he sold 150 in 2 years. His foundry could turn out castings up to 16cwt. Williams was contracted by New Zealand Railways to supply a steam crane for 600 pounds-the first of its kind to be made in New Zealand in August 1872.

Sydenham is an inner suburb of Christchurch, New Zealand, located two kilometres south of the city centre, on and around the city's main street, Colombo Street. It is a residential, retail and light industrial suburb.

The Mayor of Whanganui is the head of the Whanganui District Council. Since 1872, there have been 28 mayors. Hamish McDouall is the current mayor. 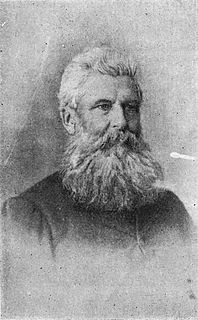 James Arthur Flesher was a politician in Christchurch, New Zealand. He held many public offices and was Mayor of Christchurch from 1923 to 1925.

William Barbour Wilson, also known as Cabbage Wilson, was the first Mayor of Christchurch in New Zealand in 1868. A nurseryman by profession, he had large landholdings in Christchurch. His reputation was dented by a fraud conviction, and when he was subsequently elected onto the city council once more, five councillors resigned in protest.

Edward Brenchley Bishop was the fourth chairman of the Christchurch Town Council, and seven years later the sixth Mayor of Christchurch in 1872–1873. Born in Maidstone, Kent to a wealthy family, his family lived in Belgium during his childhood. He took his father's profession as a distiller and worked in London for 21 years. His sister Susannah emigrated to New Zealand in 1849 and in the following year, many Bishop siblings followed her on the Charlotte Jane, one of the First Four Ships of organised settlement of Canterbury. With his brother Frederick, he had a large farm just south of Christchurch, and the suburb of Somerfield continues to use their farm's name. The brothers were spirit merchants in the city. 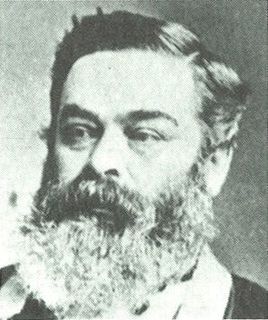 Charles Thomas Ick was Mayor of Christchurch, New Zealand, from December 1878 to December 1880. Born in Shropshire, he learned the trade of a mercer and draper. The Icks had five children when they emigrated to Otago in 1858. He worked in his learned trade in Dunedin for five years before becoming a farmer in Waikouaiti for seven years. In 1870, he came to Christchurch and set himself up as an auctioneer and later opened a drapery business.

Gore District is a district in the Southland region of the South Island of New Zealand.

William Henry Wynn-Williams was a 19th-century Member of Parliament from Canterbury, New Zealand. He was a prominent lawyer in Christchurch.

The Mayor of Napier is the head of the municipal government of Napier City, New Zealand, and presides over the Napier City Council. Napier City is New Zealand's ninth largest city. The first mayor was elected in 1875. The current mayor is Kirsten Wise.

William Alexander Ott (1872–1951) was a prominent Invercargill, New Zealand sharebroker and businessman and Mayor of Invercargill from 1910 to 1912. During his mayoralty, the Invercargill tram network was opened.

The Christchurch mayoral election held on 27 November 1878 was contested by the incumbent mayor, Henry Thomson, and senior Christchurch City Councillor Charles Thomas Ick. The election was won by Ick with a large margin.