Thomas B. Wilner (born 1944) is the managing partner of Shearman & Sterling's International Trade and Global Relations Practice. Wilner has also represented the high-profile human rights cases of a dozen Kuwaiti citizens detained in the United States naval base at Guantanamo Bay, Cuba. [1] [2] [3]

Wilner earned his law degree in 1969 from the University of Pennsylvania Law School. [4]

Wilner has been admitted to the bar in a number of jurisdictions, including the US Supreme Court in 1975.

All these prisoners have asked for is a fair hearing, one in which they have the chance to learn the charges against them and to rebut the accusations before a neutral decision maker.

Wilner has been critical of the conditions under which the US holds Guantanamo detainees. [6]

Wilner also reported that interrogators have warned Guantanamo captives that the Guantanamo attorneys were all Jewish, and they couldn't trust them. [7]

On September 19, 2008 the Washington Post published a letter to the editor from Wilner in reply to a recent editorial on whether the Congress should pass legislation on how the Justice system should conduct captives' habeas corpus appeals. [3] The United States Supreme Court's ruling in Boumediene v. Bush had overturned Congress's proscription on allowing captives access to the US justice system.

Senators Lindsey Graham and Joe Lieberman had introduced a bill "..to mandate the procedures the courts must follow in the habeas hearings for Guantanamo Bay detainees." [3] The Washington Post's editorial had applauded the Senator's proposed bill. Wilner's letter expressed concern that the bill was unnecessary, and could:

... interfere with habeas cases underway, cause confusion and raise constitutional issues that could only delay the "prompt" habeas corpus hearings ordered by the Supreme Court.

Rasul v. Bush, 542 U.S. 466 (2004), was a landmark decision of the United States Supreme Court in which the Court held that foreign nationals held in the Guantanamo Bay detention camp could petition federal courts for writs of habeas corpus to review the legality of their detention. The Court's 6–3 judgment on June 28, 2004, reversed a D.C. Circuit decision which had held that the judiciary has no jurisdiction to hear any petitions from foreign nationals held in Guantanamo Bay.

The Combatant Status Review Tribunals (CSRT) were a set of tribunals for confirming whether detainees held by the United States at the Guantanamo Bay detention camp had been correctly designated as "enemy combatants". The CSRTs were established July 7, 2004 by order of U.S. Deputy Secretary of Defense Paul Wolfowitz after U.S. Supreme Court rulings in Hamdi v. Rumsfeld and Rasul v. Bush and were coordinated through the Office for the Administrative Review of the Detention of Enemy Combatants. 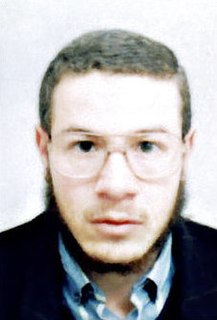 Sabir Mahfouz Lahmar is a Bosnian citizen, who won his habeas corpus petition in United States federal court after being held for eight years and eight months in the military Guantanamo Bay detainment camps, in Cuba. 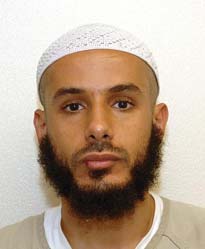 Fouzi Khalid Abdullah al Odah is a Kuwaiti citizen formerly held in the United States Guantanamo Bay detainment camps, in Cuba. He had been detained without charge in Guantanamo Bay since 2002. He was a plaintiff in the ongoing case, Al Odah v. United States, which challenged his detention, along with that of fellow detainees. The case was widely acknowledged to be one of the most significant to be heard by the Supreme Court in the current term. The US Department of Defense reports that he was born in 1977, in Kuwait City, Kuwait.

Extrajudicial prisoners of the United States, in the context of the early twenty-first century War on Terrorism, refers to foreign nationals the United States detains outside of the legal process required within United States legal jurisdiction. In this context, the U.S. government is maintaining torture centers, called black sites, operated by both known and secret intelligence agencies. Such black sites were later confirmed by reports from journalists, investigations, and from men who had been imprisoned and tortured there, and later released after being tortured until the CIA was comfortable they had done nothing wrong, and had nothing to hide. 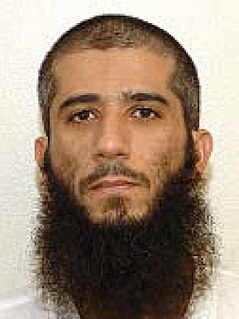 Fayiz Mohammed Ahmed is a Kuwaiti citizen who was held in extrajudicial detention in the United States' Guantanamo Bay detainment camp in Cuba, from 2002 to 2016. He has never been charged with war crimes.

Ahmed Abdul Qader is a citizen of Yemen, who was held in extrajudicial detention in the United States Guantanamo Bay detainment camps, in Cuba from June 18, 2002, to January 14, 2015. His detainee ID number was 690. The Department of Defense estimated that Qader was born in 1984, in Sana'a, Yemen. 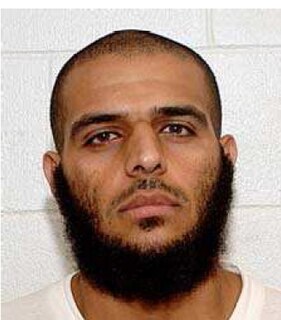 Yasim Muhammed Basardah is a citizen of Yemen who was detained in the United States's Guantanamo Bay detention camps, in Cuba. His Guantanamo Internment Serial Number is 252. Basardah was an informant for the interrogators in Guantanamo where he was rewarded with his own cell, McDonald's apple pies, chewing tobacco, a truck magazine and other "comfort items". 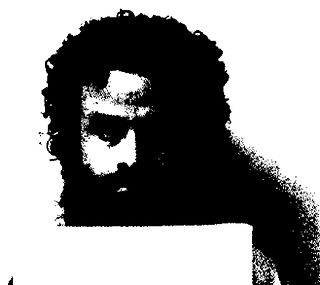 Ridah Bin Saleh Al Yazidi is a citizen of Tunisia held in extrajudicial detention in the United States Guantanamo Bay detainment camps, in Cuba since the day it opened, on January 11, 2002. Al Yazidi's Guantanamo detainee ID number 38. The Department of Defense reports that he was born on January 24, 1965, in Unfidel, Tunisia.

Ibrahim Othman Ibrahim Idris is a citizen of Sudan, formerly held in extrajudicial detention in the United States' Guantanamo Bay detainment camps, in Cuba. His detainee ID number is 036. 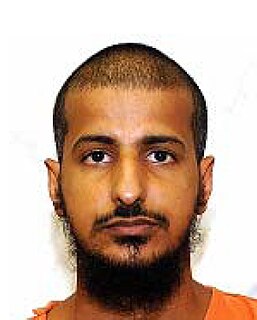 Al Odah v. United States is a court case filed by the Center for Constitutional Rights and co-counsels challenging the legality of the continued detention as enemy combatants of Guantanamo detainees. It was consolidated with Boumediene v. Bush (2008), which is the lead name of the decision.

The nature of international human rights law has been seemingly altered by Americans since the attacks on New York City and Washington, D.C. on September 11, 2001. The Guantanamo Bay detention camp is one example of recent developments that seem to disregard long standing human rights. The United States of America (USA) has pursued a 'seemingly deliberate strategy' to put suspected terrorists outside the reach of habeas corpus protections. Naval Station Guantanamo Bay serves as the location for a United States military prison in Cuba designed for the detention of non-citizens suspected of terrorist activity. At the time of its creation President Bush stated that its purpose was to respond to serious war crimes, primarily 'a new way to deal with terrorists'. The first camp was set up 3 months after the attacks on the twin towers and since then a human rights debate has begun over the legality of denying detainees the right to petition habeas corpus.

Abdul Rahman Shalabi is a citizen of Saudi Arabia held in extrajudicial detention in the United States Guantanamo Bay detention camps, in Cuba. His Guantanamo Internee Security Number is 42.

Kiyemba v. Bush (Civil Action No. 05-cv-01509) is a petition for habeas corpus filed on behalf of Jamal Kiyemba, a Ugandan citizen formerly held in extrajudicial detention in the United States' Guantanamo Bay detention camps, in Cuba. Mr. Kiyemba is the next friend of each of the nine Uighur petitioners, Abdusabur, Abdusamad, Abdunasir, Hammad, Hudhaifa, Jalaal, Khalid, Saabir, and Saadiq, who seek the writ of habeas corpus through the petition

Ahrens v. Clark, 335 U.S. 188 (1948), was a United States Supreme Court case that denied a federal district court jurisdiction to issue a writ of habeas corpus if the person detained is not within the territorial jurisdiction of the court when the petition is filed. The 6-3 ruling was handed down on June 21, 1948, with the majority opinion written by Justice William O. Douglas and the dissent written by Justice Wiley Blount Rutledge.