Thomas Wilton [1] (active from 1288 to 1322) was an English theologian and scholastic philosopher, a pupil of Duns Scotus, [2] a teacher at the University of Oxford and then the University of Paris, where he taught Walter Burley. [2] He was a Fellow of Merton College from about 1288. [3]

He attacked some of Burley's theses. [4] He wrote on and rejected the theory of motion of Averroes, [5] provoking a reply by John of Jandun. [6] In discussing the eternity of the world, he connects the views of Maimonides and Aquinas. [7]

Scholasticism was a medieval school of philosophy that employed a critical method of philosophical analysis predicated upon a Latin Catholic theistic curriculum which dominated teaching in the medieval universities in Europe from about 1100 to 1700. It originated within the Christian monastic schools that were the basis of the earliest European universities. The rise of scholasticism was closely associated with these schools that flourished in Italy, France, Spain and England. 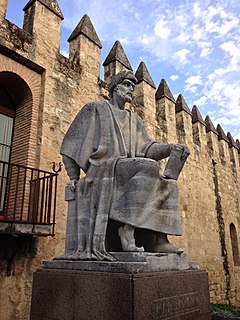 Ibn Rushd, often Latinized as Averroes, was a Muslim Andalusian polymath and jurist who wrote about many subjects, including philosophy, theology, medicine, astronomy, physics, psychology, mathematics, Islamic jurisprudence and law, and linguistics. The author of more than 100 books and treatises, Being described as "founding father of secular thought in Western Europe", his philosophical works include numerous commentaries on Aristotle, for which he was known in the western world as The Commentator and Father of rationalism. Ibn Rushd also served as a chief judge and a court physician for the Almohad Caliphate. 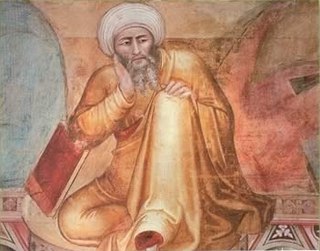 Averroism refers to a school of medieval philosophy based on the application of the works of 12th-century Andalusian philosopher Averroes, a commentator on Aristotle, in 13th-century Latin Christian scholasticism. 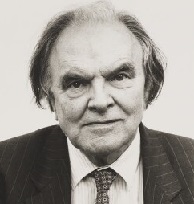 Peter Thomas Geach (1916–2013) was an English philosopher and professor of logic at the University of Leeds. His areas of interest were philosophical logic, ethics, history of philosophy, philosophy of religion and the theory of identity.

Aristotelianism is a tradition of philosophy that takes its defining inspiration from the work of Aristotle. Aristotle was a prolific writer whose works cover many subjects including physics, biology, metaphysics, logic, ethics, aesthetics, poetry, theatre, music, rhetoric, psychology, linguistics, economics, politics, and government. Any school of thought that takes one of Aristotle's distinctive positions as its starting point can be considered "Aristotelian" in the widest sense. This means that different Aristotelian theories may not have much in common as far as their actual content is concerned besides their shared reference to Aristotle.

Godfrey of Fontaines, in Latin Godefridus de Fontibus, was a scholastic philosopher and theologian, designated by the title Doctor Venerandus. He made contributions to a diverse range of subjects ranging from moral philosophy to epistemology. However, he is best known today for his work on metaphysics. 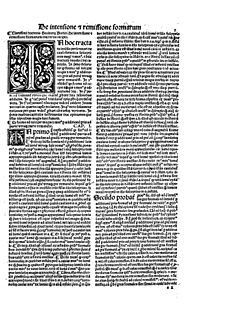 The active intellect is a concept in classical and medieval philosophy. The term refers to the formal (morphe) aspect of the intellect (nous), in accordance with the theory of hylomorphism. 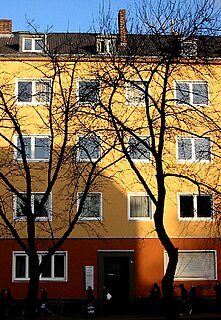 The Thomas-Institut is a research Institute whose function it is to serve the study of medieval philosophy by preparing critical editions and historical and systematic studies of medieval authors.

Robert Cowton was a Franciscan theologian active at the University of Oxford early in the fourteenth century. He was a follower of Henry of Ghent, and in the Augustinian tradition. He was familiar with the doctrines of Duns Scotus and Thomas Aquinas, and attempted a synthesis of them.

The question of the eternity of the world was a concern for both ancient philosophers and the medieval theologians and philosophers of the 13th century. The question is whether the world has a beginning in time, or whether it has existed from eternity. The problem became a focus of a dispute in the 13th century, when some of the works of Aristotle, who believed in the eternity of the world, were rediscovered in the Latin West. This view conflicted with the view of the Catholic Church that the world had a beginning in time. The Aristotelian view was prohibited in the Condemnations of 1210–1277.

This is a list of articles in medieval philosophy. 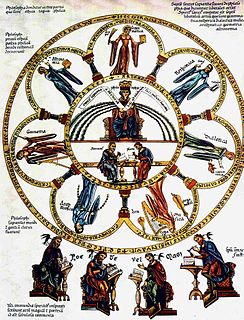 John Francis Wippel is an American Catholic priest of the Diocese of Steubenville. He is a leading authority on the metaphysical thought of Thomas Aquinas. He has won the Cardinal Mercier Prize for International Philosophy in 1981, two National Endowment for the Humanities Fellowships, and has been named a Professor of the Pontifical Academy of Saint Thomas Aquinas. He is currently the Theodore Basselin Professor of Philosophy at the Catholic University of America in Washington, DC.

The unity of the intellect is a philosophical theory proposed by the Muslim medieval Andalusian philosopher Averroes (1126–1198), which asserted that all humans share the same intellect. Averroes expounded his theory in his long commentary of On the Soul to explain how universal knowledge is possible within the Aristotelian theory of mind. Averroes's theory was influenced by related ideas by previous thinkers such as Aristotle, Plotinus, Al-Farabi, Avicenna and Avempace.