Thomas Yeo (born 22 April 1936) is a Singaporean artist. A 1984 Cultural Medallion recipient, Yeo has been an artist for almost 60 years since his first solo exhibition at the Singapore Chinese Chamber of Commerce and Industry in 1960. [1]

Yeo is born to an optician father and housewife mother, and has 12 siblings. One of his brothers is former Cabinet minister Yeo Cheow Tong who served in the Cabinet from 1990 to 2006.

He is married to Margaret and has no children.

He enrolled in Nanyang Academy of Fine Arts from 1958-1960 and studied under pioneer painters such as Georgette Chen and Cheong Soo Pieng. From 1960 to 1964, he trained at the Chelsea School of Art and the Hammersmith College of Art & Architecture in London where he held his first overseas solo show at the Cathay Gallery in 1963. He returned to Singapore in 1967 hoping to find greater support for his work.

From 1973 to 1977, he held solo exhibitions in Singapore and Australia.

In 1983, he won second prize in the UOB Painting of the Year competition in Singapore which recognises top talent in the region.

In 1984, he received the Cultural Medallion from the National Arts Council, Singapore, an honour recognising individual artistic contributions to the country's arts and cultural landscape.

Tan Swie Hian is a Singaporean multidisciplinary artist known for his contemporary Chinese calligraphy, chinese poetry and contemporary art sculptures found in Singapore and many parts of the world.

Ju Ming is a Taiwanese sculptor who attained fame in Taiwan in the 1970s, and in New York City in 1983. Ju Ming was trained as a woodcarver, apprenticed to Lee Chinchuan as a teenager. He developed his skill and applied it to a range of media, including bronze, styrofoam, ceramics, and stainless steel.

Ong Kim Seng, was born in Singapore and has been a full-time artist since 1985. He has participated in group and solo exhibitions at Singapore and in the United States, China, United Kingdom, Japan, Australia, Belgium, Federal Republic of Germany, France, Middle East, Taiwan, Hong Kong, and the ASEAN countries.

Chua Ek Kay was a Singaporean artist hailed as the "bridge between Asian and Western art" with a unique painting style using Chinese ink on paper that demonstrated an ingenious blend of traditional Chinese painting forms with Western art theories and techniques. Most of his works were themed of Chinatown street scenes, lotuses, and abstract works inspired by Australian aboriginal cave paintings.

Della Butcher was an art gallery owner and an avid patron of Singapore art, noted for her lifetime of work supporting Singaporean artists and making it an international name.

Ho Ho Ying is a Singaporean abstract artist known for his avant-garde Chinese calligraphy and his Abstract Expressionistic works of art unique to Asian ideology. He is also an accomplished author under his reputed moniker Zǐ Mù (子木), and an art critic for the Singapore visual arts community.

Ng Eng Teng, The Grandfather of Singapore Sculpture was a sculptor in Singapore known for his figurative sculptures, many of which are found in public locations around Singapore. His legacy include the Mother And Child bronze sculpture outside Far East Shopping Centre along Orchard Road, and The Explorer located at the entrance of the Singapore Art Museum.

Jahar Dasgupta, is a contemporary painter from India.

Group 90 is an informal arts group in Singapore, committed to the study and interpretation, and promotion of the human nudity as an art form. It was founded the late Brother Joseph McNally, along with founding members S. Namasivayam, Chia Wai Hon and Sim Tong Khern, who subscribe to the European art tradition of using the human body in developing artistic mastery in depicting form, perceptual acuity and fluency in drawing. 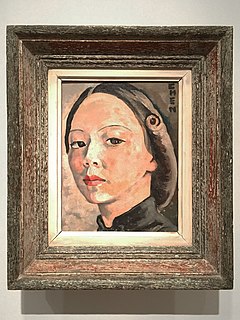 Georgette Chen Li Ying, born Chang Li Ying was a Singaporean painter known for her Post-Impressionistic styled oil paintings at the turn of the 20th-century. She was a pioneer of the visual arts in Singapore, who contributed to the birth of the Nanyang art style in Singapore. Chen also joined the Nanyang Academy of Fine Arts in 1954 as a teacher and lecturer until her hospitalisation. She was also the first woman to teach at the Nanyang Academy of Fine Arts (NAFA), and also the only one schooled in Paris, France.

Zvest Apollonio was a Slovenian painter and scenographer.

Fang Zhaoling, also known as Lydia Fong, was a Chinese painter and calligrapher.

Jahan Loh is a contemporary artist based in Singapore. 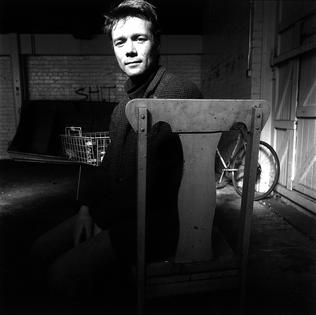 David Larwill (1956–2011) was an Australian artist recognisable by his distinctive and exuberant style based on bold colour, stylised figures and simplified form. Although best known as a figurative expressionist painter, Larwill was also a draughtsman and printmaker of note. He produced many drawings, watercolours, ceramics and sculptures as well as etchings, lithographs and screenprints. In a career that stretched over 30 years, Larwill held over 25 solo exhibitions and participated in scores of group shows.

Chng Seok Tin was a visually-impaired printmaker, sculptor and multi-media artist from Singapore. She was often inspired by the i-Ching and Buddhism. Her work has been shown internationally; Chng had over 26 solo shows and 100 group shows. In addition to her art, she was also a prolific writer and has published 11 collections of her writing, mostly in Chinese. She also advocated for artists with disabilities.

Robert Wallace Ellis is a British-New Zealand painter and artist known for paintings that tackle social, cultural and environmental themes.

Robert Boynes is a contemporary Australian artist working primarily in painting, but has also produced prints, films and sculptures.

Salleh Japar is a Singaporean contemporary artist working across sculpture, installation and painting, with his work coming into prominence in late 1980s Singapore. Within Singapore's history of contemporary art, Salleh is known for his collective work with Goh Ee Choo and S. Chandrasekaran for the seminal 1988 exhibition, Trimurti. In 2001, Salleh was one of four artists selected to represent at the very first Singapore Pavilion at the prestigious 49th Venice Biennale, alongside artists Henri Chen KeZhan, Suzann Victor, and Matthew Ngui.