Thorco Projects is a Danish shipping company based in Copenhagen, Denmark.

May 1, 2003 Thorco Projects set sails in the historical maritime town of Svendborg, Denmark. With just four geared multipurpose tween deck vessels. Through organic growth business increased and by the end of 2012 Thorco Projects operated 55 vessels through 10 offices. [1] In July 2013 Thorco merged with Clipper Projects. [2] Today Thorco Projects is one of worlds leading multi purpose/project owner and operator. With around 70 vessels and 15 local offices around the world. 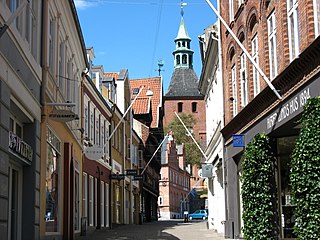 Thorco Projects has 15 offices in 13 countries and operates a fleet of about 70 multipurpose ships of sizes between 7,800 and 20,000 DWT. Thorco Projects A/S is a subsidiary of the THORNICO Group of Companies. In addition to shipping, Thornico Group is active in Food, Technology, Sport and Fashion, Real Estate, Tech and Financing industries.

A.P. Møller – Mærsk A/S, also known as simply Maersk, is a Danish business conglomerate with activities in the transport, logistics and energy sectors. Maersk has been the largest container ship and supply vessel operator in the world since 1996. The company is based in Copenhagen, Denmark, with subsidiaries and offices across 130 countries and around 88,000 employees.

MS Song of Norway was one of the first ships purpose-built as a cruise ship. She was the first ship of Royal Caribbean International when she entered operation in 1970. She was sold for scrap in 2013 and broken up in 2014, after serving her last years as a gambling ship. 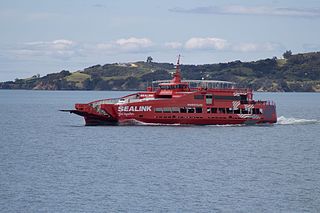 The SeaLink New Zealand, formerly a part of SeaLink Travel Group, operates a vehicle, passenger and freight ferry service on the Hauraki Gulf in Auckland.

The Trident Charter Company is a shipping firm based in Guernsey, Channel Islands. The company operates the ferry route between Guernsey and Herm using the Herm Trident V, a twin Iveco diesel-powered catamaran with a steel hull. The ferry sails daily from St Peter Port Harbour, and docks at either Herm Harbour or Rosaire Steps, depending on the state of the tide. The crossing takes between 15 and 20 minutes depending on sea-state and tide.

Seatruck Ferries is a UK-based freight-only ferry company which commenced services in 1996. It is part of the Clipper Group, a shipping company based in The Bahamas. The company operates out of four ports on the Irish Sea, including Heysham and Liverpool.

FESCO Transportation Group is the largest intermodal transport operator in Russia, which provides services, including marine shipping, Roll-on/roll-off, rail transportation and port handling via more than 70 sales offices located around the world. The base company of FESCO Group is FESCO Shipping Company. FESCO Group is headquartered in Moscow.

MS Clipper Ranger is a freight ferry built in 1998, which was in service with Seatruck Ferries on the Heysham–Belfast route until the latter half of 2012. In September 2013, she was chartered to Caledonian MacBrayne for the freight service between Ullapool and Stornoway.

Beluga Shipping was a German heavy-lift shipping company in the Hanseatic city of Bremen. It was a world market leader in heavy-lift shipping and also highly innovative in related fields. As such, it was the first to equip ships of its fleet with SkySails that can reduce fuel consumption by up to 5%, and was the first company to send a heavy-lift ship from Europe to Asia along the Northern Sea Route through the Arctic Ocean rather than through the Suez Canal. The company was declared insolvent in March 2011, affecting 670 employees.

MV Muirneag is a ro-ro freight ferry, built in 1979 as MV Mercandian Carrier. From 1986 to 2002, she was named MV Belard, serving initially across the Irish Sea. From 2002 to 2013, she was chartered by Caledonian MacBrayne on the Stornoway to Ullapool freight crossing, until she was replaced by Clipper Ranger.

Clipper Group is an international shipping company, founded in 1991 by Torben Gülnar Jensen, after a split of Armada Shipping A/S, which was founded in 1972 together with Jørgen Dannesboe.

The Libra Group, aka Libra Holdings, is a privately held international conglomerate operating in a variety of industries. As of 2017, it has 30 subsidiaries across six continents, in six sectors: aviation leasing, renewable energy, hotels and hospitality services, real estate, financial services and diversified investments, and shipping.

MSV Nordica is a Finnish multipurpose icebreaker and platform supply vessel. Built in 1994 by Finnyards in Rauma, Finland and operated by Arctia Offshore, she and her sister ship Fennica were the first Finnish icebreakers designed to be used as escort icebreakers in the Baltic Sea during the winter months and in offshore construction projects during the open water season.

Maersk Line is a Danish international container shipping company and the largest operating subsidiary of the Maersk Group, a Danish business conglomerate. It is the world's largest container shipping company by both fleet size and cargo capacity, serving 374 offices in 116 countries. It employs approximately 31,600, of which 7,000 are shipping crew and 24,600 processing personnel. Maersk Line operates over 786 vessels and has a capacity of 4.1 million TEU. The company was founded in 1928.

Hebridean Sky is a cruise ship owned by London-based cruise company Noble Caledonia. As an ice-rated vessel she has operated as an expedition cruise ship in Antarctica and in the Arctic. She was also known under the names Renaissance VII, Regina Renaissance, Renai I, Sun, Island Sun, Corinthian II, Sea Explorer, Sea Explorer I. 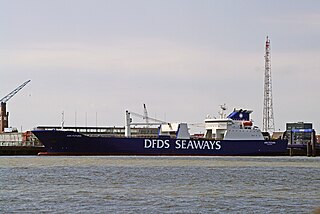 MV Ark Futura is a 13,500 DWT roll-on/roll-off (RoRo) freighter, completed in 1996 as Dana Futura for the Danish shipping group DFDS. She has operated commercially on many freight ferry routes, but since 2004 has also served in the Royal Danish Navy to provide transport support to the NATO Response Force. In December 2013 Ark Futura was deployed to transport Syria's chemical weapons for transfer in Italy to the US Navy for destruction.

Per Gullestrup is a Danish ship owner, shipping executive and philanthropist, best known for successfully negotiating the release of the Clipper Group ship CEC Future and its crew, held hostage by Somali pirates in November 2008. The incident was the basis for the subsequent film, A Hijacking, released in 2013.

Polaris is a Finnish icebreaker. Built in 2016 by Arctech Helsinki Shipyard, she is the most powerful icebreaker ever to fly the Finnish flag and the first icebreaker in the world to feature environmentally friendly dual-fuel engines capable of using both low-sulfur marine diesel oil (LSMDO) and liquefied natural gas (LNG). Polaris was initially ordered by the Finnish Transport Agency, but the ownership was transferred to the state-owned icebreaker operator Arctia after delivery.