Thorn: Digital Defenders of Children, previously known as DNA Foundation, is an international anti-human trafficking organization that works to address the sexual exploitation of children. The primary programming efforts of the organization focus on Internet technology and the role it plays in facilitating child pornography and sexual slavery of children on a global scale. The organization was founded by American actors Demi Moore and Ashton Kutcher.

DNA Foundation was founded in 2009, by film and television actors Demi Moore and Ashton Kutcher. At that time, Moore was viewing an MSNBC documentary on human trafficking and sexual slavery of children in Cambodia. While later researching some of the issues that were presented in the film, she was inspired to act when she learned that child pornography and the sexual slavery of children were taking place not only in Cambodia, but in the United States as well. [1]

When DNA Foundation was established, the name of the organization represented the couple, along with their joint commitment to addressing human trafficking. On November 15, 2012, the name of the organization was changed following the dissolution of the founders' marriage. [2] As of 2012 [update] , they remain with the organization as co-founders. [3] The members of the board of directors of Thorn include Moore and Kutcher; as well as Ray Chambers, the United Nations Secretary-General's Special Envoy for Malaria; and Jim Pitkow, co-founder of Attributor. [4]

Thorn works with a group of technology partners who serve the organization as members of the Technology Task Force. Board member Jim Pitkow serves as the Chair of the task force. [5] The goal of the program includes developing technological barriers and initiatives to ensure the safety of children online and deter sexual predators on the Internet. Various corporate members of the task force include Facebook, Google, Irdeto, Microsoft, Mozilla, Palantir, Salesforce Foundation, Symantec, and Twitter. [6]

Following the organizational change in November 2012, Kutcher and Moore made the following statement regarding the overall focus on technology:

"For the past three years we have focused our work broadly on combating child sex trafficking. It has become crystal clear in our efforts that technology plays an increasingly large role in this crime and in the sexual exploitation of children overall. We believe that the technology-driven aspect of these crimes demands its own attention and investment." [2]

As of July 2013, Thorn is in talks with leading internet companies (Facebook, Microsoft, Google, Twitter and at least three others) to collaborate on creating a database of millions of child abuse images on the web. [7]

The following are notable individuals from the film, television, and sports industries that support the work and mission of Thorn. [8]

Demi Gene Guynes, professionally known as Demi Moore, is an American actress and film producer. After making her film debut in 1981, she appeared on the soap opera General Hospital and subsequently gained recognition as a member of the Brat Pack with roles in Blame It on Rio (1984), St. Elmo's Fire (1985), and About Last Night... (1986). Her starring role in Ghost (1990), the highest-grossing film of that year, earned her a Golden Globe nomination. She had further box-office success in the early 1990s, with the films A Few Good Men (1992), Indecent Proposal (1993), and Disclosure (1994). She portrayed Claire Donnelly in the drama film If These Walls Could Talk (1996), for which she was nominated for a Golden Globe Award and a Primetime Emmy Award. In 1996, Moore became the highest-paid actress in film history when she received an unprecedented $12.5 million salary to star in Striptease. She voiced the role of Esmeralda in The Hunchback of Notre Dame (1996) and The Hunchback of Notre Dame II (2002). Her next major role, G.I. Jane (1997), for which she shaved her head, was followed by a lengthy hiatus. She achieved further success in the following decades with the films Charlie's Angels: Full Throttle (2003), Bobby (2006), Mr. Brooks (2007), Margin Call (2011), and Rough Night (2017). In 2019, Moore released a memoir titled Inside Out, which instantly became a New York Times Best Seller. Moore has been married three times, to the musician Freddy Moore and the actors Bruce Willis and Ashton Kutcher. She has three children with Willis.

Child sex tourism (CST) is tourism for the purpose of engaging in the prostitution of children, which is commercially facilitated child sexual abuse. The definition of child in the United Nations Convention on the Rights of the Child is "every human being below the age of 18 years". Child sex tourism results in both mental and physical consequences for the exploited children, which may include sexually transmitted infections, "drug addiction, pregnancy, malnutrition, social ostracism, and possibly death", according to the State Department of the United States. Child sex tourism, part of the multibillion-dollar global sex tourism industry, is a form of child prostitution within the wider issue of commercial sexual exploitation of children. Child sex tourism victimizes approximately 2 million children around the world. The children who perform as prostitutes in the child sex tourism trade often have been lured or abducted into sexual slavery.

Christopher Ashton Kutcher is an American actor, producer, and entrepreneur. He began his acting career portraying Michael Kelso in the Fox sitcom That '70s Show (1998–2006). He made his film debut in the romantic comedy Coming Soon (1999), followed by the comedy film Dude, Where's My Car? (2000), which was a box office hit. In 2003, Kutcher moved into romantic comedies, appearing in that year's Just Married and My Boss's Daughter. In 2003, he created and produced the television series Punk'd, also serving as host for the first eight of its ten seasons. In 2004, Kutcher starred in the lead role of the psychological film The Butterfly Effect.

Free the Slaves is an international non-governmental organization and lobby group, established to campaign against the modern practice of slavery around the world. It was formed as the sister-organization of Anti-Slavery International but has subsequently broken links with Anti-Slavery International and has no relationship with it. The organization was created as a result of research done by Dr. Kevin Bales in his book, Disposable People: New Slavery in the Global Economy. Free the Slaves' approach is a focused strategy in the context of efforts around the world to enable people to meet their basic needs. Access to economic opportunities, health services, universal education, and strong rule of law would reduce the vulnerability of poor people to enslavement. Free the Slaves supports these efforts while recognizing that the existence of slavery calls for a specific and direct approach to its eradication.

Child grooming is befriending and establishing an emotional connection with a child, and sometimes the family, to lower the child's inhibitions with the objective of sexual abuse. Child grooming is also regularly used to lure minors into various illicit businesses such as child trafficking, child prostitution, or the production of child pornography. 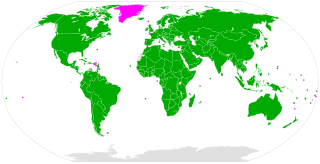 Cybertip.ca is Canada's official tipline for reporting the online sexual exploitation of children. The tipline is owned and operated by the Canadian Centre for Child Protection (CCCP), a charitable organization. Cybertip.ca accepts and addresses online and telephone reports from the public regarding child pornography, online luring, children exploited through prostitution, travelling to sexually exploited children, and child trafficking.

The Anti-Trafficking in Persons Act of 2003, R.A. No. 9208, is a consolidation of Senate Bill No. 2444 and House Bill No. 4432. It was enacted and passed by Congress of the Philippines' Senate of the Philippines and House of Representatives of the Philippines assembled on May 12, 2003 and signed into law by President Gloria Macapagal-Arroyo on May 26, 2003. It institutes policies to eliminate and punish human trafficking, especially women and children, establishing the necessary institutional mechanisms for the protection and support of trafficked persons. It aims "to promote human dignity, protect the people from any threat of violence and exploitation, and mitigate pressures for involuntary migration and servitude of persons, not only to support trafficked persons but more importantly, to ensure their recovery, rehabilitation and reintegration into the mainstream of society."

Child pornography is pornography that exploits children for sexual stimulation. It may be produced with the direct involvement or sexual assault of a child or it may be simulated child pornography. Abuse of the child occurs during the sexual acts or lascivious exhibitions of genitals or pubic areas which are recorded in the production of child pornography. Child pornography may use a variety of media, including writings, magazines, photos, sculpture, drawing, cartoon, painting, animation, sound recording, film, video, and video games.

Michael Chikong Seto is a Canadian forensic psychologist, sexologist, and author. He is director of Forensic Rehabilitation Research at the Royal Ottawa Health Care Group, where he says his research focuses on pedophilia, sexual offenses committed against children, child pornography, risk assessment, offenders with mental disorders, psychopathy, and program evaluation.

PhotoDNA is a technology developed by Microsoft and improved by Hany Farid professor at Dartmouth College that computes hash values of images, video and audio files to identify similar images.

The Justice for Victims of Trafficking Act of 2013 is a bill that would authorize the appropriation of $25 million annually over the 2015-2019 period for the United States Department of Justice (DOJ) to provide grants to states and other recipients aimed at improving the enforcement of laws against human trafficking and to assist victims of such crimes. According to newspaper The Hill, the bill would "impose an additional fine of $5,000 on any person convicted of crimes related to sex trafficking, sexual abuse, sexual exploitation of children or human smuggling."