Thornley may refer to:

Durham most commonly refers to:

County Durham is a county in North East England. The county town is Durham, a cathedral city.

Peterlee is a small town in County Durham, England, founded in 1948 under the auspices of the New Towns Act 1946. It has economic and community ties with Sunderland, Hartlepool and Durham.

There are two places in County Durham, England, called Thornley:

Cockfield is a village on the edge of Teesdale, County Durham, England. It is situated 8 miles to the south-west of Bishop Auckland, 15 miles (24 km) north-west of Darlington and 40 miles (64 km) south-west of Newcastle-upon-Tyne. Remains found on Cockfield Fell suggest there was a settlement in the area during the Iron Age. The parish church, dedicated to St Mary the Virgin, probably dates from the late 12th century. 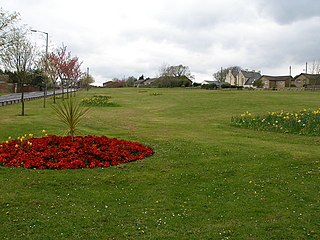 Thornley is a village in Weardale, County Durham, about 1 mile (1.6 km) south of Tow Law. 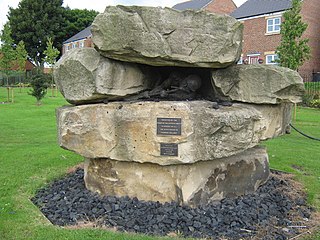 Fishburn is a village and civil parish in County Durham, in England. It is situated about 12 miles west of Hartlepool. It had a population of 2,454, increasing to 2,588 at the 2011 Census.

Wheatley Hill is a village in County Durham, in England. It is situated to the west of Peterlee, near Thornley and Wingate. Wheatley Hill was once a part of Easington District.

Easington is a constituency created in 1950 represented in the House of Commons of the UK Parliament since 2010 by Grahame Morris of the Labour Party.

Noel Forbes Humphreys was a Welsh rugby union international who was part of the first official British and Irish Lions team that toured South Africa in 1910. He was killed in action in the First World War.