Thorsten Botz-Bornstein (born 1964) is a German philosopher and writer [1] specializing in aesthetics and intercultural philosophy.

Botz-Bornstein was born in Germany in 1964, studied philosophy at the Sorbonne in Paris (Paris I) from 1985 to 1990, and received his Ph.D. (D.Phil) from Oxford University in 1993. As a postdoctoral researcher based in Finland he undertook extensive research on Russian formalism and semiotics in Russia and the Baltic countries. In 2000 he received his habilitation from the EHESS of Paris. He has also been researching for several years in Japan, in particular on the Kyoto School, and worked for the Center of Cognition of Zhejiang University (Hangzhou, China) as a consultant and researcher for two years. From 2007 to 2009 he was assistant professor of philosophy at Tuskegee University, which is a historically black university (HBCU) in Alabama. He is now professor of philosophy at Gulf University for Science and Technology in Kuwait.

Most broadly speaking, Botz-Bornstein attempts in his philosophy to establish conceptual links between style, play, and dream. He does so by borrowing elements from non-Western philosophies (Russian, Japanese, Chinese), architecture, and the aesthetics of cinema. His philosophy is thus determined by an organic “play-style-dream” triangle, which he uses as a theoretical foundation in his works on aesthetics (organic space, organic style, organic architecture, organic film, etc.), intercultural communication, virtual reality, and politics. His approach can be described as “neo-organic." World War II experiences of totalitarianism led to the perception that any totality must  be split apart or deconstructed. Botz-Bornstein's neo-organicism presents a hermeneutic alternative by rethinking synthesis and dynamic forms of holism without falling into the trap of totalitarianism. The result is a distinct philosophy of space determined by aesthetic elaborations of dreams, hermeneutics, and stylistics. In his writings on hermeneutics, Botz-Bornstein analyzes "the place of the dream" or "the place as a played phenomenon" able to evolve organically.

Linked to his central research on the phenomenon of style and play is his research on Japanese philosophy, especially those parts that are inspired by Zen Buddhism. One of Botz-Bornstein's early starting points (1992) was Kuki Shūzō’s notion of 'iki' which Botz-Bornstein interpreted as an idea related to Western elaborations of the term style. Since then, he has presented comparisons of Nishida Kitaro with various Western authors, for example Mikhail Bakhtin, Ludwig Wittgenstein and, most recently, Muhammad Abduh. Other topics are Pan-Asianism, Eurasianism, Pan-Slavism, and corresponding reflections on the 'cultural sphere' and the international world order. Botz-Bornstein is also working on religion, on the idea of the 'virtual' in aesthetics, and on cultural theory as well as about meta-philosophical questions linked to ethnophilosophy. His philosophical style is determined by the continental tradition and develops in proximity with Cultural Studies.

The Philosophy of Lines: From Art Nouveau to Cyberspace (Palgrave 2021)

The New Aesthetics of Deculturation: Neoliberalism, Fundamentalism and Kitsch (Bloomsbury, 2019).

The Political Aesthetics of ISIS and Italian Futurism (Lexington, 2018)

Vasily Sesemann: Experience, Formalism and the Question of Being (Rodopi, 2006)

Aesthetics and Politics of Space in Russia and Japan (Lexington, 2009)

The Monstrous Darkness of Tomorrow (Novella, 2018)

Plotinus and the Moving Image: Neoplatonism and Film Studies (with G. Stamatellos, Brill, 2017)

The Philosophy of Viagra: Bioethical Responses to the Viagrification of the Modern World (Rodopi, 2011)

The Crisis of the Human Sciences: False Objectivity and the Decline of Creativity (Cambridge Scholars Press, 2012) 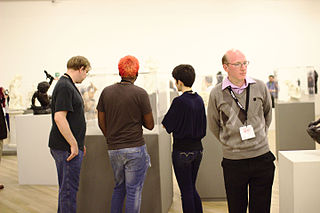 Aesthetics, or esthetics, is a branch of philosophy that deals with the nature of beauty and taste, as well as the philosophy of art. It examines aesthetic values, often expressed through judgments of taste. 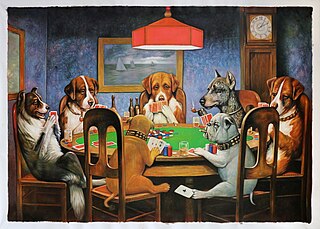 Kitsch is a term applied to art and design that is perceived as naïve imitation, gratuitous, or of banal taste.

Iki is a Japanese aesthetical concept thought to have originated amongst the merchant classes of Edo in Edo period Japan.

Post-postmodernism is a wide-ranging set of developments in critical theory, philosophy, architecture, art, literature, and culture which are emerging from and reacting to postmodernism. One other similar recent term is metamodernism. 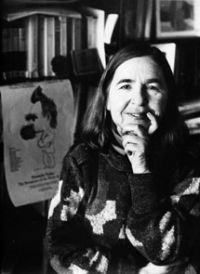 Sarah Kofman was a French philosopher.

On the Boundary of Two Worlds: Identity, Freedom, and Moral Imagination in the Baltics is an academic book series focused on the critical examination of identity, politics, and culture in the Baltic countries. By offering a wide scope of the social science and humanities disciplines, the book series encourages intercultural dialogue and pursues interdisciplinary research in the field of Baltic studies.

Hugh J. Silverman was an American philosopher and cultural theorist whose writing, lecturing, teaching, editing, and international conferencing participated in the development of a postmodern network. He was executive director of the International Association for Philosophy and Literature and professor of philosophy and comparative literary and cultural studies at Stony Brook University, where he was also affiliated with the Department of Art and the Department of European Languages, Literatures, and Cultures. He was program director for the Stony Brook Advanced Graduate Certificate in Art and Philosophy. He was also co-founder and co-director of the annual International Philosophical Seminar since 1991 in South Tyrol, Italy. From 1980 to 1986, he served as executive co-director of the Society for Phenomenology and Existential Philosophy. His work draws upon deconstruction, hermeneutics, semiotics, phenomenology, aesthetics, art theory, film theory, and the archeology of knowledge.

Nader El-Bizri is a professor of philosophy and civilization studies at the American University of Beirut, where he also serves as associate dean of the faculty of arts and sciences, and as the director of the general education program. El-Bizri specializes in phenomenology, Islamic science and philosophy, and architectural theory. He is the author or editor of several books, including The Phenomenological Quest between Avicenna and Heidegger (2000).

Mirei Shigemori, was a Japanese landscape architect and historian of Japanese gardens.

Philippe Nys is a Belgian-born French philosopher. The focus of his work is hermeneutics, poetics and theory of space's design. He is associated professor at the University of Paris8, member of the research teams EA 4010 Arts des images et Art contemporain/Arts of Images and Contemporary Art, AMP: Architecture Milieu Paysage/ Architecture Milieu Landscape at the National School of Architecture of Paris La Villette. He is lecturer in several schools of architecture and landscape such as Paris-Belleville, Versailles, Lille. 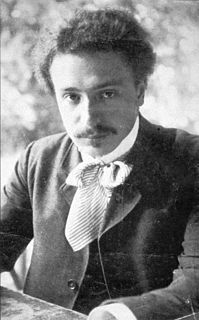 Vasily Seseman was a Russian and Lithuanian philosopher, a representative of Marburg school of neo-Kantianism. He is mostly remembered for his role in fostering philosophy in newly independent Lithuania and developing Lithuanian philosophical vocabulary. A close associate of Viktor Zhirmunsky and Lev Karsavin, as a prisoner of Gulag he was also an informal philosophy tutor and supporter of Buddhist writer Bidia Dandaron.