He studied Human Biology (Humanbiologie) at the University of Marburg and performed his Ph.D. thesis work in the laboratories of Werner Risau and Tom Sato. [2] In 1999 he was awarded the Otto Hahn Medal of the Max Planck Society for his Ph.D. thesis on endothelial cell specific gene expression. [3] Following his postdoctoral research in the laboratory of Stuart Orkin and a short foray into industry, he re-joined Boston Children's Hospital where he works with Leonard I. Zon and George Q. Daley to develop induced pluripotent stem cell based transfusion and transplantation products. [2] His laboratory focuses on human pluripotent stem cell biology, genome editing, reprogramming, laboratory automation, chemical genetics, and imaging technologies. [1]

Google Scholar shows that ten of his papers have been cited more than 100 times each. [4]

Oct-4, also known as POU5F1, is a protein that in humans is encoded by the POU5F1 gene. Oct-4 is a homeodomain transcription factor of the POU family. It is critically involved in the self-renewal of undifferentiated embryonic stem cells. As such, it is frequently used as a marker for undifferentiated cells. Oct-4 expression must be closely regulated; too much or too little will cause differentiation of the cells.

Boston Children's Hospital formerly known as Children's HospitalBoston until 2012 is a nationally ranked, freestanding acute care children's hospital located in Boston, Massachusetts, adjacent both to its teaching affiliate, Harvard Medical School, and to Dana-Farber Cancer Institute. Dana-Farber and Children's jointly operate the Dana-Farber/Boston Children's Cancer and Blood Disorders Center to deliver comprehensive care for all types of childhood cancers. The hospital is home to the largest hospital based pediatric research program in the world. The hospital features 404 pediatric beds and provides comprehensive pediatric specialties and subspecialties to infants, children, teens, and young adults aged 0–21 throughout Massachusetts, the United States, and the world. The hospital also sometimes treats adults that require pediatric care. The hospital uses the Brigham and Women's Hospital's rooftop helipad and is an ACS verified level I pediatric trauma center, 1 of 3 in Boston. The hospital features a regional pediatric intensive-care unit and an American Academy of Pediatrics verified level IV neonatal intensive care unit. Boston Children's Hospital has been ranked as best pediatric medical center by U.S. News & World Report more times than any other hospital. 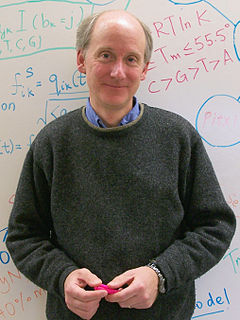 John Edgar Dick is Canada Research Chair in Stem Cell Biology, Senior Scientist at the Princess Margaret Cancer Centre, University Health Network and Professor in the Department of Molecular Genetics at the University of Toronto in Canada. Dick is credited with first identifying cancer stem cells in certain types of human leukemia. His revolutionary findings highlighted the importance of understanding that not all cancer cells are the same and thus spawned a new direction in cancer research. Dick is also known for his demonstration of a blood stem cell's ability to replenish the blood system of a mouse, his development of a technique to enable an immune-deficient mouse to carry and produce human blood, and his creation of the world's first mouse with human leukemia.

Douglas A. Melton is the Xander University Professor at Harvard University, and an investigator at the Howard Hughes Medical Institute. Additionally, Melton serves as the co-director of the Harvard Stem Cell Institute and was the first co-chair of the Harvard University Department of Stem Cell and Regenerative Biology. Melton is a founder of several biotech companies including Gilead Sciences, Ontogeny, iPierian, and Semma Therapeutics. Melton holds membership in the National Academy of the Sciences, the American Academy of Arts and Sciences, and is a founding member of the International Society for Stem Cell Research.

Shinya Yamanaka is a Japanese stem cell researcher, winner of the Nobel Prize. He serves as the director of Center for iPS Cell Research and Application and a professor at the Institute for Frontier Medical Sciences at Kyoto University; as a senior investigator at the UCSF-affiliated Gladstone Institutes in San Francisco, California; and as a professor of anatomy at University of California, San Francisco (UCSF). Yamanaka is also a past president of the International Society for Stem Cell Research (ISSCR).

Allen C. Eaves was the founding Director of the Terry Fox Laboratory for Hematology/Oncology Research, which over a 25-year period (1981–2006) he grew into an internationally recognized centre for the study of leukemia and stem cell research. His own research on chronic myelogenous leukemia (CML) has led the way to a new understanding of the disease. As Head of Hematology at the British Columbia Cancer Agency and the University of British Columbia for 18 years (1985–2003) he engineered the building of one of the first and largest bone marrow transplant programs in Canada. In recognition of his research accomplishments and leadership in moving basic science discoveries in stem cell biology into the clinic, he was elected President of the International Society of Cellular Therapy (1995–1997), Treasurer of the Foundation for the Accreditation of Cellular Therapy (1995–2002) and President of the American Society of Blood and Marrow Transplantation (1999–2000). In 2003 he was awarded the prestigious R. M. Taylor Medal by the Canadian Cancer Society and the National Cancer Institute of Canada. In 2016 he was awarded the Order of British Columbia as well as named Ernst and Young's Entrepreneur Of The Year™ Pacific.

Cell potential, based on the 2007 works of Hans R. Schöler "The Potential of Stem Cells: An Inventory", is a cell's ability to differentiate into other cell types. The more cell types a cell can differentiate into, the greater its potency. Potency is also described as the gene activation potential within a cell, which like a continuum, begins with totipotency to designate a cell with the most differentiation potential, pluripotency, multipotency, oligopotency, and finally unipotency. 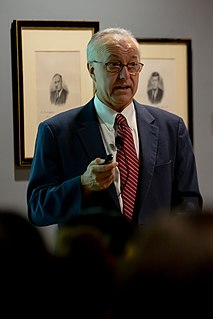 George Quentin Daley is the Dean of the Faculty of Medicine, Caroline Shields Walker Professor of Medicine, and Professor of Biological Chemistry and Molecular Pharmacology at Harvard Medical School. He was formerly the Robert A. Stranahan Professor of Pediatrics at Harvard Medical School, Director of the Stem Cell Transplantation Program at Boston Children's Hospital, and an investigator of the Howard Hughes Medical Institute, Associate Director of Children’s Stem Cell Program, a member of the Executive Committee of the Harvard Stem Cell Institute. He is a past president of the International Society for Stem Cell Research (2007–2008).

Stemgent is an American privately funded biotech company focused on providing reagents and technology developed by some of the world's leading stem cell scientists. Founded in 2008, Stemgent has two fully operational facilities in both San Diego, California and Cambridge, Massachusetts. Stemgent currently has 40 employees. The company is designed to serve researchers who study stem cell biology and regenerative medicine and those who use cells derived from stem cells as tools to advance their understanding of major diseases.

STEMCELL Technologies Inc. is a global biotechnology company that develops, manufactures and sells products and provides services that support academic and industrial scientists. The company specializes in developing cell culture media, cell separation products, instruments and other reagents for use in stem cell, immunology, cancer, regenerative medicine and cellular therapy research. STEMCELL's Research and Development team often collaborates with academic and industrial partners to develop, produce and distribute products specific to a given research field. STEMCELL has helped several scientific technologies born in academic research settings to reach the global biotechnology market. STEMCELL is headquartered in Vancouver, British Columbia, Canada, and has offices in eight countries including the United States, United Kingdom, Germany, France, Australia, Singapore and China, as well as distributors in approximately 80 other countries. STEMCELL is the largest biotechnology company in Canada, currently employing more than 1400 people globally and offers a catalogue of more than 2,200 products.

Heinrich (Henri) Jasper is a German-American biologist at Buck Institute for Research on Aging. He was formerly a professor of biology at The University of Rochester. He studies aging, stem cell function, and tissue regeneration.

Jeanne Frances Loring is an American stem cell biologist, developmental neurobiologist, and geneticist. She is the founding director of the Center for Regenerative Medicine and emeritus professor at the Scripps Research Institute in La Jolla, California.

Carla Faith Bender Kim is a professor at the Department of Genetics at Harvard Medical School and a Principal Investigator at the Stem Cell Program at Boston Children’s Hospital. She is also a Principal Faculty member at the Harvard Stem Cell Institute, where she also serves as part of the Executive Committee. 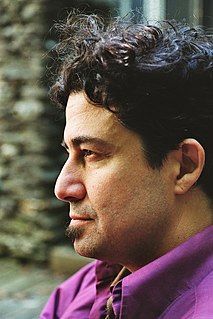 Derrick J. Rossi, is a Canadian stem cell biologist and entrepreneur. He is known for co-founding the biotechnology company Moderna.

Pamela Gehron Robey is an American cell biologist. She is a senior investigator in the skeletal biology section at the National Institute of Dental and Craniofacial Research. 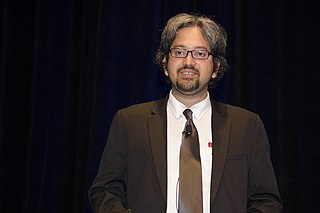 M. Madan Babu is an Indian-American computational biologist and bioinformatician. He is the endowed chair in biological data science and director of the center of excellence for data-driven discovery at St. Jude Children’s Research Hospital. Previously, he served as a programme leader at the MRC Laboratory of Molecular Biology (LMB).