Those Who Watch is a science fiction novel by American writer Robert Silverberg, first published by Signet in 1967. The novel concerns a trio of alien explorers, each one surgically altered so as to appear outwardly human, who find themselves separated, and permanently stranded on Earth, after their ship explodes while hovering in low orbit. Each of the aliens is injured during the accident, and all are taken in and nursed back to health by kindly human beings. 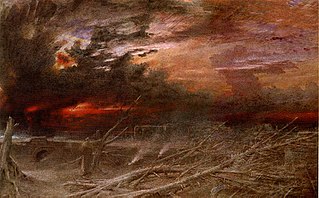 Apocalyptic and post-apocalyptic fiction is a subgenre of science fiction, science fantasy, dystopia or horror in which the Earth's technological civilization is collapsing or has collapsed. The apocalypse event may be climatic, such as runaway climate change; astronomical, such as an impact event; destructive, such as nuclear holocaust or resource depletion; medical, such as a pandemic, whether natural or human-caused; end time, such as the Last Judgment, Second Coming or Ragnarök; or more imaginative, such as a zombie apocalypse, cybernetic revolt, technological singularity, dysgenics or alien invasion.

The alien invasion or space invasion is a common feature in science fiction stories and film, in which extraterrestrials invade the Earth either to exterminate and supplant human life, enslave it under an intense state, harvest people for food, steal the planet's resources, or destroy the planet altogether.

The zoo hypothesis speculates on the assumed behavior and existence of technically-advanced extraterrestrial life and the reasons they refrain from contacting Earth. It is one of many theoretical explanations for the Fermi paradox. The hypothesis is that alien life intentionally avoids communication with Earth, and one of its main interpretations is that it does so to allow for natural evolution and sociocultural development, avoiding interplanetary contamination, similarly to people observing animals at a zoo. The hypothesis seeks to explain the apparent absence of extraterrestrial life despite its generally accepted plausibility and hence the reasonable expectation of its existence. A variant on the zoo hypothesis suggested by Ball is the laboratory hypothesis, where humanity is being subjected to experiments, with the Earth being a giant laboratory. 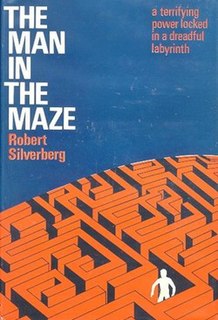 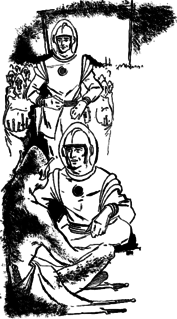 First contact is a common science fiction theme about the first meeting between humans and extraterrestrial life, or of any sentient species' first encounter with another one, given they are from different planets or natural satellites.

The Fighting machine is one of the fictional machines used by the Martians in H.G. Wells' 1898 classic science fiction novel The War of the Worlds. It is a fast-moving, three-legged walker, reported to be 100 feet tall, with multiple whip-like tentacles used for grasping, and two lethal weapons: the heat-ray and a gun-like tube used for discharging canisters of a poisonous chemical black smoke that kills humans and animals. It is the primary machine the Martians use when they invade Earth, along with the handling machine, the flying machine, and the embankment machine.

The Commonwealth Saga is a series of science fiction novels by British science fiction writer Peter F. Hamilton. This saga consists of the novels Pandora's Star (2004) and Judas Unchained (2005). Hamilton has also written several books set in the same literary universe. Misspent Youth (2002) takes place 340 years before the events of Pandora's Star. The Void Trilogy, consisting of The Dreaming Void (2008), The Temporal Void (2009), and The Evolutionary Void (2010), takes place 1,200 years after the events of Judas Unchained; several of the main characters from Judas Unchained and Pandora's Star also appear in the Void trilogy.

The Martians, also known as the Invaders, are the fictional race of extraterrestrials from the H.G. Wells 1898 novel The War of the Worlds. They are the main antagonists of the novel, and their efforts to exterminate the populace of England and claim the planet for themselves drive the plot and present challenges for the novel's human characters. They are notable for their use of extraterrestrial weaponry far in advance of that of mankind at the time of the invasion.

Forge of Heaven is a science fiction novel by American science fiction and fantasy author C. J. Cherryh. It was first published in June 2004 in the United States by HarperCollins under its Eos Books imprint.

Spectrum is a science fiction novel by Russian writer Sergei Lukyanenko, taking place in the near future. Contact with aliens allowed humanity to travel between planets through portals. The Keymaster civilization not only provides new technologies to the world but also makes sure that their conditions are fulfilled to the letter: unrestricted access to the Gates for all who are willing. Payment for their use is an unusual story told to a Keymaster by the traveler. The main character of the novel is a private investigator who solves his clients' problems on other planets.

"The Family of Blood" is the ninth episode of the third series of the British science fiction television series Doctor Who, which was first broadcast on BBC One on 2 June 2007. It is the second episode of a two-part story written by Paul Cornell adapted from his Doctor Who novel Human Nature (1995), co-plotted with Kate Orman. The first part, "Human Nature", aired one week prior, on 26 May.

The Watch Below (1966) is a science fiction novel by British writer James White about a colony of humans stranded underwater in a sunken ship, who survive by air pockets, and a water-breathing alien species in search of a new home. The two generation ships encounter each other in the Earth's ocean.

Ben 10: Alien Force is an American animated television series created by team Man of Action, and produced by Cartoon Network Studios. It takes place five years after Ben 10 and takes a darker turn than its predecessor. 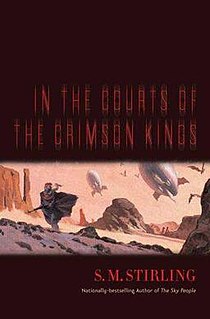 In the Courts of the Crimson Kings is a 2008 alternate history science fiction novel by American writer S. M. Stirling.

Ancient astronauts have been addressed frequently in science fiction and horror fiction. Occurrences in the genres include: 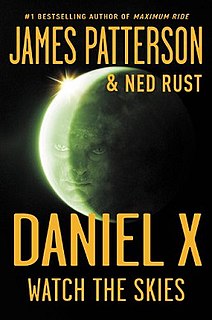 Daniel X: Watch the Skies is a teen science fiction novel written by James Patterson and Ned Rust. It is the second novel in the Daniel X series and was released on July 27, 2009.

Visitors is a science fiction novel by American author Orson Scott Card, who is best known for his novels, Ender's Game (1985) and Speaker for the Dead (1986). This novel continues the story of Rigg and his evolving ability to see and travel to the past, in an attempt to save the future. It is the third and final book of the Pathfinder series, preceded by Ruins and Pathfinder.

The Boy Who Would Live Forever is a science fiction novel by the American writer Frederik Pohl. It was published in 2004 by Tor. It is about intrigues involving one of Pohl's recurring creations, the Heechee universe. The Heechee are a fictional alien race which developed advanced technologies, including interstellar space travel, but then disappeared. In the novel, humans use abandoned Heechee starships to explore space, while the Heechee aliens hide from a mysterious foe, the Kugel, in a black hole, all the while pursued by hate-crazed humans who are Heechee hunters.